Stocks on Wall Street sold off on Friday, during the shortened, post-Thanksgiving session. The benchmark S&P 500 index suffered one of its biggest losses of the year as fears over a new coronavirus variant spooked the market.

The World Health Organization dubbed the heavily mutated B.1.1529 COVID variant, which was first detected in South Africa, as a “variant of concern,” the first such designation since the Delta variant a year ago. While it is still unclear if the new mutation, named ‘Omicron,’ is more deadly than prior strains, scientists and health officials are worried it could be more transmissible.

The week ahead is expected to be another eventful one, as investors monitor further developments on the lingering health crisis and key Congressional testimony from Federal Reserve Chair Jerome Powell is on the docket. We’ll also see important economic data, such as the latest U.S. employment report, and earnings from companies like Salesforce (NYSE:CRM), Crowdstrike (NASDAQ:CRWD), and DocuSign (NASDAQ:DOCU) come through.

Regardless of which direction the market goes, below we highlight one stock likely to be in demand in the coming days and another which could see fresh losses.

Remember though, our timeframe is for the week ahead.

COVID-related developments are expected to dominate market sentiment in the week ahead amid mounting fears about the new Omicron coronavirus variant. That should result in increased buying activity for Novavax (NASDAQ:NVAX), which said that it has already started working on a version of its original COVID-19 vaccine designed to target the recently discovered variant.

The vaccine developer said it would have the new shot ready for testing and manufacturing in the next few weeks.

NVAX stock, which started the year at $111.51 and soared all the way to an all-time peak of $331.00 in early February, ended Friday’s session at $217.97, its best level since Sept. 28. At current levels, the Gaithersburg, Maryland-based biotechnology firm has a market cap of roughly $16.5 billion.

Novavax has thrived this year amid bullish bets its coronavirus vaccine will materialize into a major revenue source in the years ahead. Year-to-date, shares have gained 95.5%, easily outpacing the S&P 500’s 22.3% increase over the same timeframe.

The vaccine maker, which received its first emergency use approval (EUA) earlier this month in Indonesia, has stated it is on track to file for EUA in the U.S. by the end of 2021. It has also filed for approvals with the European Medicines Agency as well as in Canada.

Through its recombinant nanoparticle vaccine technology, it produces vaccine candidates to respond to both known and newly emerging diseases.

With fears brewing over another potential wave of the coronavirus—and subsequent global restrictions and lockdowns to slow the spread of the disease—shares of American Airlines (NASDAQ:AAL) are expected to suffer another miserable week.

Health officials in Australia’s most populous state, New South Wales, said two passengers who arrived in Sydney from southern Africa on Saturday evening had tested positive for the Omicron variant of the coronavirus.

The Australian cases were the latest indication that the Omicron variant, which has also been detected in the U.K., Germany, Italy, Belgium, Austria, Israel, Hong Kong, and Botswana, is spreading around the world.

As the prevalence of infection grows, some authorities have begun to reimpose restrictions on travel from countries in southern Africa. The U.S., U.K., European Union, Australia, Israel, and Singapore have already suspended flights from the region.

That could result in more negative action for American, which flies to 126 international destinations in 64 different countries.

AAL stock closed at a more than nine-month low of $17.75 on Friday, earning the Fort Worth, Texas-based carrier a market cap of $11.5 billion.

It now stands roughly 32% below its post-pandemic high of $26.09 reached on Mar. 18, highlighting the airliner’s ongoing struggles amid the sharp decline in air travel during the coronavirus pandemic. 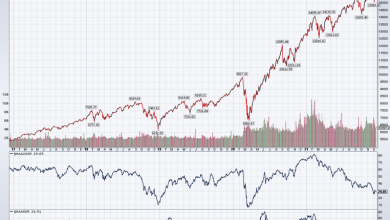 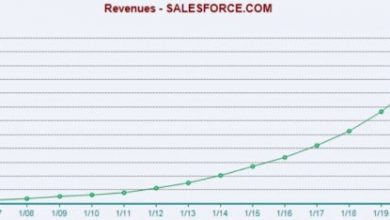 Bull of the Day: Salesforce (CRM) 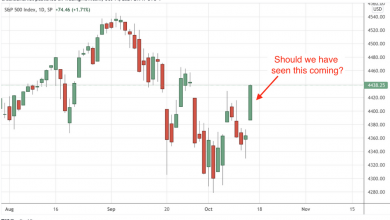 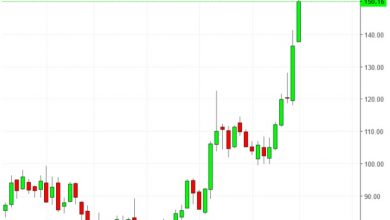 After Jumping 30% In Just A Month, Have AMD Shares Become Too Expensive?