I love dividend stocks that analysts hate. For two reasons:

And since vanilla investors, for whatever reason, listen to analysts, upgrades can provide a nice “pop” in the stock price.

So give us the stocks that can only “fall out of the basement window”—yielding a fat 14.6% on average—that carry this ultimate contrarian indicator:

They’ve lost the typically rosy analyst community. Which means it’s time for us to find them.

Stock analysts are, of course, tasked with studying a company, projecting things such as future revenues and earnings, and of course, providing expectations for shares—typically in the form of Buy/Hold/Sell calls.

While a generally objective bunch, analysts very clearly trend toward the positive. Sell calls are exceedingly rare, to the point where Hold calls are considered pretty bearish.

To wit, consider this: We’re in the midst of a bear market, possibly in the midst of a recession. And while we contrarians want to buy while the market is down, most research firms don’t see many upside catalysts in the near future—meaning stock analysts probably aren’t factoring a rising tide into their recommendations.

And yet, look at how chipper the pros still seem to be:

The market outlook is dark, and yet analysts only see three sells among the S&P 500? C’mon man.

But because analysts are so rarely bearish on stocks, Sells and bearish Hold calls can be a gold mine for contrarians like us. Why?

For one, extremely negative sentiment tends to be a reliable contrarian indicator, not just for stock-market indexes, but also for individual stocks.

Also, as far as analyst sentiment is concerned, if they’re already bearish on a stock, there’s rarely anywhere to go but up. Even slightly positive changes in fortune can spark a wave of upgrades, which can spur buying, which in turn can inspire even more upgrades from analysts looking to “catch up,” which—well, you get the picture.

Midway through 2017, Target (NYSE:TGT) was struggling with “rapidly changing consumer behavior,” as CEO Brian Cornell said at the time. The company was plowing billions into revamping its stores and becoming more digitally savvy, as well as eating into margins to make its prices more competitive.

Investors weren’t buying it, lopping more than 25% off shares through the first half of the year while the broader market was up 8%.

Analysts didn’t see light at the end of the tunnel either. Their consensus recommendation of Hold was about as bearish as they’ve ever been on the big-box store.

As we all know, though, Target’s efforts were well-rewarded—as were investors that pulled the trigger on that contrarian signal.

Target More Than Tripled the S&P 500 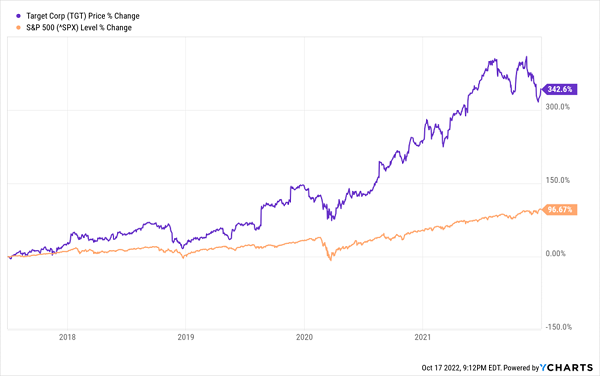 And as you might imagine, analysts helped perpetuate the cycle, rushing in to upgrade shares, which gave investors more courage to buy.

That’s not to say the analysts are right—sometimes they are, and a Sell deserves to be a Sell. At the very least, wide Sell calls are an appropriate warning for investors looking to avoid a high amount of risk, regardless of the reward.

That’s why we have to be discerning when looking at this ultimate contrarian signal. So today, I’ll walk you through three massive dividends of between 13.3% and 15.6% that Wall Street hates and decide whether they deserve a little love.

And in fairness, LUMN is technically a composite Hold—but with six analyst Hold calls and five Sells compared to just one Buy, it’s pretty clear Wall Street doesn’t think much of this fading communications name.

If the Lumen name doesn’t ring a bell, perhaps CenturyLink does. The struggling company rebranded in September 2020, pledging to “help lead enterprises through the challenges and opportunities of the 4th Industrial Revolution,” though Wall Street is skeptical of that charge.

“We doubt we will ever witness enterprise revenue growth again,” a Truist analyst said after the company’s second-quarter earnings in August.

Thing is, Lumen recently pulled a couple of triggers that could benefit the company in the long run, but not without a lot of pain—. Specifically, the company raked in $10 billion of much-needed cash by divesting its Latin American and incumbent local exchange carrier (ILEC) businesses. However, Wells Fargo analyst Eric Leubchow downgraded the stock anyways—while he thinks management is “heading in the right direction,” the remaining business’s EBITDA is lower than expected.

“With ~20% or more downside risk in the event of a 50% dividend cut, we see a negative short-term catalyst in the next 3-6 months,” he said.

And Lumen/CenturyLink isn’t shy about dividend cuts, having executed a pair of them in the past decade or so. 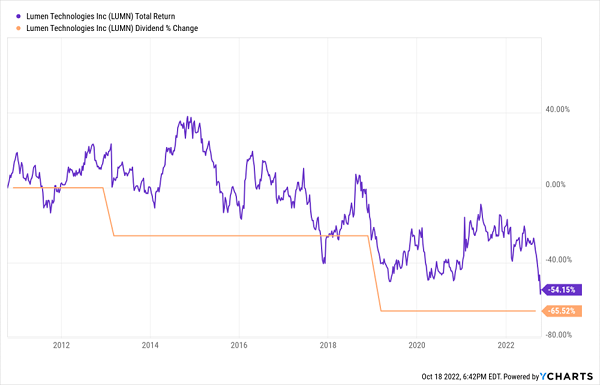 Lumen is dirt-cheap at a forward P/E of 7—about half the price of the communication sector—but it’s highly unlikely we’ve seen the bottom in this name yet.

Moelis & Co (NYSE:MC) is an independent global investment bank that provides numerous advisory services, most notably in mergers and acquisitions (M&A). Buyouts, spinoffs, divestitures, joint ventures—you name it, Moelis probably does it, putting it among the top 15 global M&A firms.

You’ll be unsurprised to find that M&A activity fell off a cliff early on in 2022, and so have MC shares. 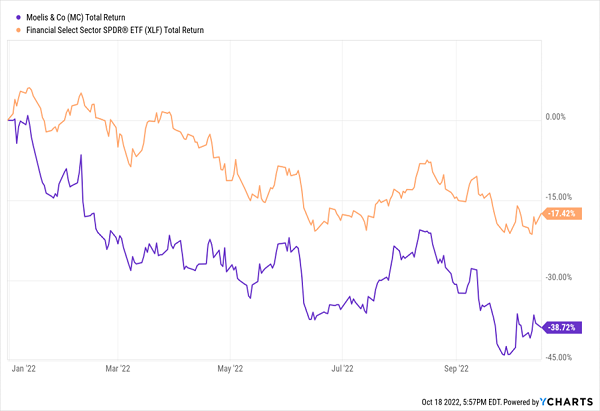 But last year’s go-go M&A activity makes for an awful comparison. Consider this midyear outlook from PricewaterhouseCoopers (emphasis mine):

So yes, 2022 will see a monster dip in earnings, but the company’s still headed in the right direction, and despite nary a Buy call amongst the pros, they still see a 10% bounceback in Moelis’s earnings next year. Shares also trade at 13.4 times earnings expectations—cheaper than the S&P 500 (16.2), though admittedly pricier than the broader financial sector (11.5)

I’ll also note that the high yield has a bit of an asterisk. The headline yield of 13.3% reflects 6.5% in regular dividends, and 6.8% in special dividends. Now, Moelis has made special distributions in each of the past four years, so they’re very much part of the financial plan—but they’re not guaranteed, which is something retirement investors need to keep in mind.

Nobody——should be shocked at how Office Properties Income Trust (NASDAQ:OPI) has performed since COVID threw the market into a blender. 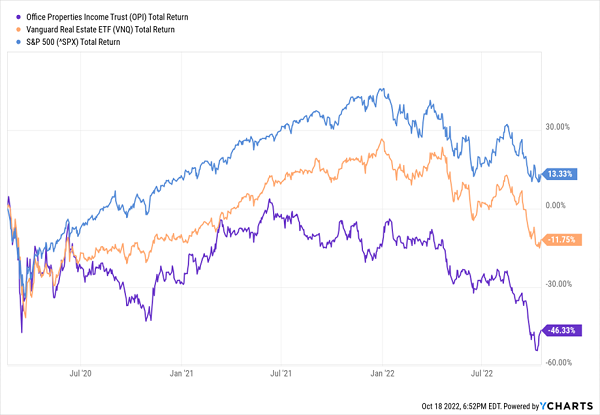 Office rental vacancy has surged since the pandemic, from about 9% nationally in 2019 to 18% this year. Major office markets such as New York, San Francisco, and Washington, D.C., are absorbing the worst of it.

But perhaps the market is overselling OPI.

Office Properties Income Trust is, on its face, in the eye of the storm, boasting 172 office properties in 34 states. But it has a particularly strong client base—more than 63% of revenues come from investment-grade-rated tenants, including 36% from government entities. And B. Riley’s Bryan Maher notes that “OPI does not own assets in major markets like NYC, but rather more suburban-type locations with generally sticky tenants.”

A nearly 90% occupancy rate is potential evidence that it’s not in the same peril as its peers. 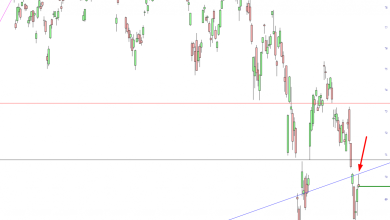 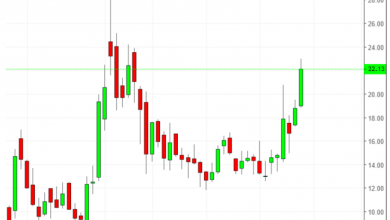 Lithium Americas: A 50% Argentina, 50% U.S. Bet That Could Become A Slam Dunk 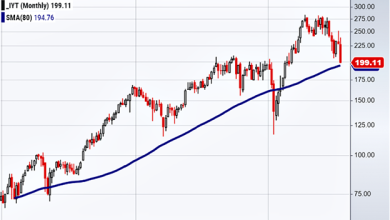 Step Back To The Monthly Chart On Transportation 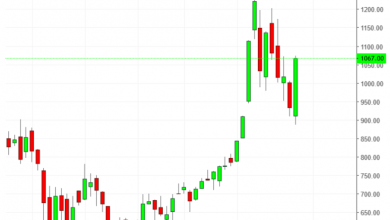