After a full year of market gains, markets are getting a bit nervous. Inflation is up, US job openings are exceeding the number of unemployed by record amount, and the pile-up of container ships on the West Coast is a continuing reminder that supply chains have not yet recovered from the pandemic disruptions.

Taking the measure of current conditions, Jefferies’ global equity strategist Sean Darby lays out the worst case scenario: “…if breakeven inflation expectations were to fall, narrowing real interest rates at a time when US treasury bonds were selling off. Such a scenario would be quite difficult for the S&P 500 given the current valuations. Secondly, we would expect US equities to be similarly challenged if US economic data were to subside, earnings momentum started to stall and treasury yields were to rise. The ‘buying on dips’ psychology would certainly be tested under both scenarios.”

All of this adds up to a market environment that lends itself to defensive stock plays, as a hedge against uncertainty. And that, of course, brings us to dividend stocks. These are the classic defensive plays, giving investors a dual path toward returns, from both the share appreciation and the dividend payments.

With this in mind, we’ve used the Investing Insights to pull up the details on three high-yield dividend payers for investors’ consideration. These are stocks with dividend yields starting at 7%, and they are all score a ‘Perfect 10’ smart score. Let’s take a closer look.

We’ll start in the maritime industry, where SFL Corporation (NYSE:SFL) is one of the world’s largest shipowners and ocean transport players. The company was formed in 2003, and has since expanded dramatically; today, SFL’s fleet is comprised of 72 ships and 2 offshore drilling assets. The ships include 9 tankers, 22 dry bulk carriers, and 41 liners. The company’s ships can fill a wide range of roles. The tankers include chemical carriers of 17,000 dry weight tonnage (DWT), and oil carriers in the Suezmax and VLCC sizes, ranging from 150,000 to over 300,000 DWT. The bulk carriers range from 32,000 DWT to 180,000 DWT, and the liners include car carriers and container ships.

The company, in recent weeks, has been moving to improve the efficiency of its fleet composition. In mid-September, SFL sold off seven of its smaller (32-34,000 DWT) Handysize bulk carriers, for an aggregate price of approximately $100 million. Net proceeds, after debt payment, are expected in the range of $40 million. Also in September, SFL entered an agreement to acquire three Suezmax tankers, 156,000 DWT ships, along with long-term operating charters. The new charters will add about $140 million to SFL’s contracted backlog.

SFL’s size and the diversity of its fleet has helped to insulate the company from financial problems over the past two years. The company’s revenues have stayed steady, between $100 million and $120 million for the past 9 quarters. The top line in 2Q21 came in at $116.7 million, and the company recorded a net profit in the quarter of $19.5 million.

In a feature of interest to investors, SFL has paid out dividends reliably in every quarter since 2004. In 2Q21, the company declared its 70th consecutive dividend payment. The payment was for 15 cents per common share, the fourth in a row at that level. SFL has a history of adjusting its dividend payment to ensure that it is covered by earnings. At the current rate, the annualized payment of 60 cents gives a yield of 7.5%.

Jefferies analyst Randy Giveans sees a ‘base case’ scenario putting SFL in a sound position to maintain its strong share of the oceangoing carry trade as “Container trade grows by 5-6% during 2021 as markets begin to recover from the outbreak of COVID-19 [and] dry bulk shipping demand growth in 2021 grows by 4-5% on global economic recovery.”

In line with these comments, Giveans puts a Buy rating on SFL shares, and his $9 price target suggests a 10.5% one-year upside for the stock. Based on the current dividend yield and the expected price appreciation, the stock has ~18% potential total return profile.

Overall, SFL holds a Moderate Buy consensus rating from Wall Street’s analysts, based on 2 recent positive reviews. The share are selling for $8.15 and have an average price target of $8.50. (See SFL stock analysis) 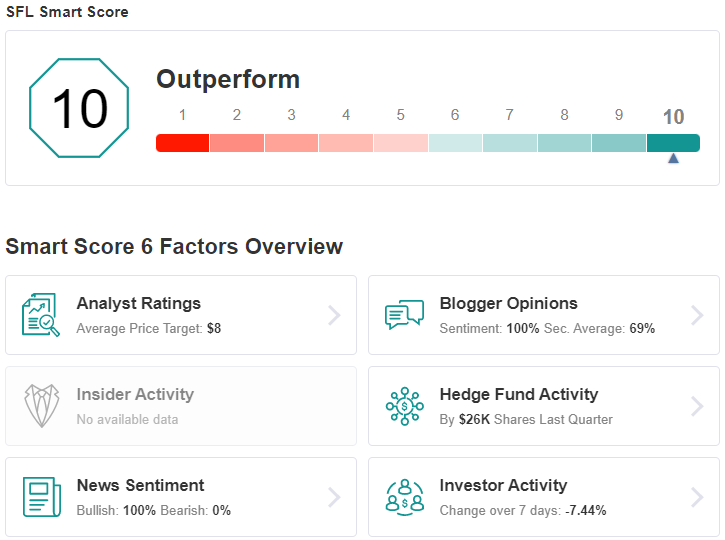 And now we’ll switch gears, and take a look at FS KKR Capital (NYSE:FSK), a financial services company that acts as an advisor and manager to BDCs (business development corporations). FS KKR has a portfolio with some $15 billion in assets under management. The company is a component of the partnership between FS Investments and KKR Credit Advisors, and was formed from the merger of two subsidiaries, FS KKR Capital Corp and FS KKR Capital Corp II. FSK’s portfolio includes 152 companies, with a majority of the investments being in 1st and 2nd lien senior secured loans.

FSK reported a strong EPS of $5.75 per share in 2Q21, and top line revenue of $258 million. The earnings were well above the market expectations. Furthermore, in June of this year, the company announced a $100 million share repurchase program.

In addition to share repurchases, FSK has a high-yield dividend. The company declared a payment of 65 cents per common share for Q3, marking a 5-cent increase from the previous four quarters. At the current rate, the dividend annualizes to $2.60, and gives a yield of 11.69%. This is more than 5x the average dividend found among peer companies in the broader market.

Based on its “attractive value and strong market positioning,” Jefferies (NYSE:JEF) 5-star analyst John Hecht rates FSK stock a Buy along with a $25 price target.

Hecht continues to view FSK’s current dividend yield as attractive and well covered, noting: “FSK currently trades at ~0.85x NAV and an 11.5%+ dividend yield, compared to a peer group that trades at 1.05x NAV and a 7.1% yield, while FSK is targeting a 9% annualized dividend yield on NAV, better than peer levels. We believe this is an attractive entry point for atop-player in the BDC space that has size/scale advantages and the backing of a strong financial sponsor like KKR…”

Among Hecht’s colleagues, FSK has a Moderate Buy consensus rating, based on an evenly split 2 Buys and Holds, each. FSK is currently trading for $22, and its average price target of $24.33 implies a one-year upside of ~11%. Based on the current dividend yield and the expected price appreciation, the stock has ~23% potential total return profile. (See FSK stock analysis) 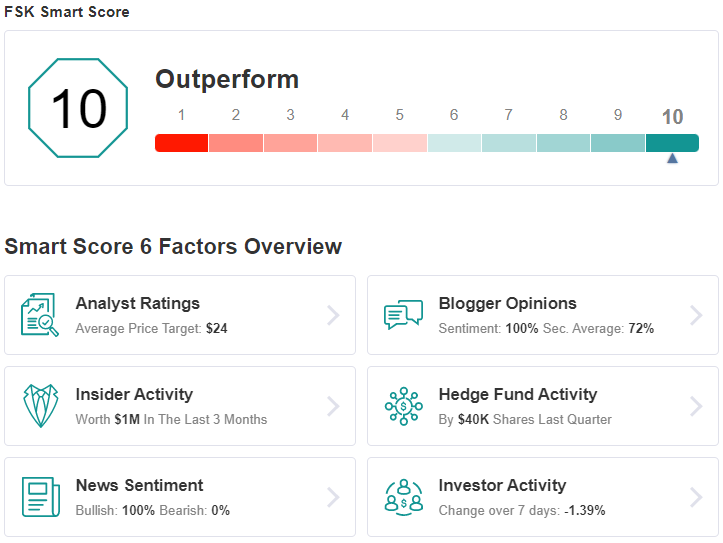 Last but not least is Enterprise Products Partners (NYSE:EPD), an energy midstream company. This firm controls oil and natural gas terminals and pipelines that feed product from production regions Appalachia, the Midwest, the Rocky Mountains, and Texas to processing, storage, and terminal facilities on the Gulf Coast. Enterprise claims more than 50,000 miles worth of pipelines, and boasts storage space for 160 million barrels of oil and 14 billion cubic feet of gas.

In the second quarter of the year, Enterprise showed an EPS of 50 cents on revenues of $9.3 billion. Both were up slightly year-over-year, and in-line with expectations.

Like many energy companies, Enterprise is also known as a dividend champion. The company pays out regularly and consistently, and offers investors a high yield. The current dividend is 45 cents per common share, annualizing to $1.8 and yielding 8.2%.

T.J. Schultz, 5-star analyst from RBC, writes of EPD: “We think EPD’s large asset footprint should allow it to pick off some low-hanging fruit related to the energy evolution theme, particularly around carbon capture & storage and hydrogen logistics, though these projects are a couple years out. On the base business, EPD is still leaning into petchem (natural competitive advantages vs midstream peers), and, as EPD potentially prioritizes attractive and accretive growth projects over more buybacks, we think this segment can capture an increasing mix of growth capex dollars.”

In line with these comments, Schultz gives EPD an Outperform (i.e. Buy) rating, with a $29 price target to indicate room for a 33% one-year upside.

This is another stock with a unanimous Strong Buy consensus from the Wall Street analysts; there have been 6 positive reviews of EPD posted in recent weeks. The shares are trading for $21.85 and the average price target of $28.67 implies an upside potential of 31% for the year ahead. (See EPD stock analysis) 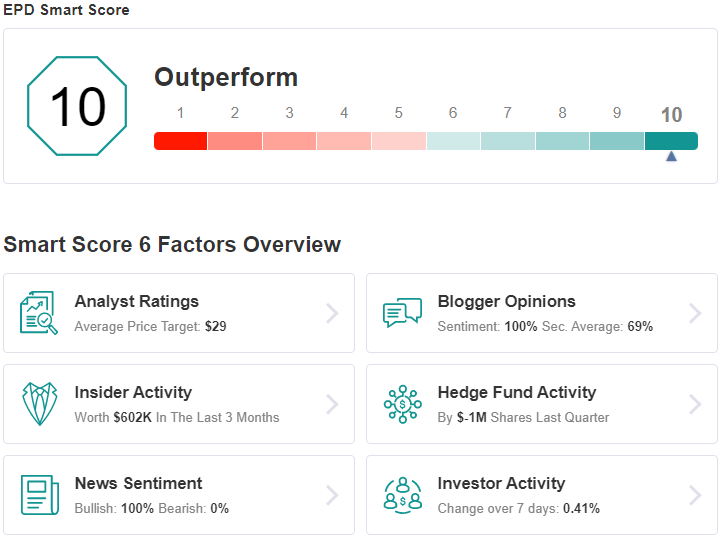 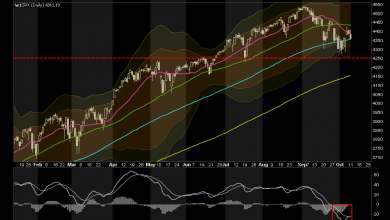 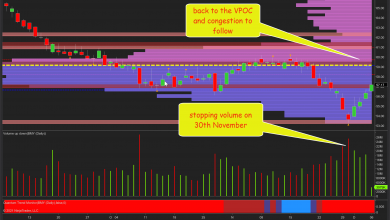 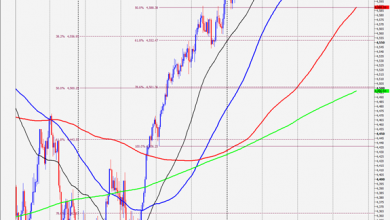 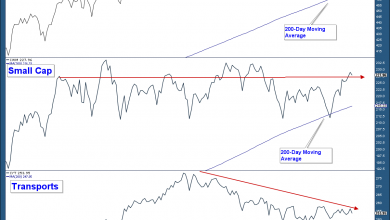