Can you make sense of this?

Two weeks ago, the markets experienced a brutal sell-off (S&P 500 down -6.1%) due to inflation rhetoric, rising gas prices, 75 bp Fed Funds rise, and the fastest acceleration of the 10-year US Treasury in history.

It appears as if all the bear market narratives have all but disappeared. The 10-year interest rates dropped back down to close to 3.0% (from 3.25% the week before), oil fell over 5% (from $120 to $113), and the major banks (JPM) insinuated that we may dodge a recession. The stock market liked this commentary.

Did things change that fast? Did all the world’s problems go away?

We don’t think so.

While the inflation story may have temporarily peaked, it is far from over.

If you look back to the 70’s when we last experienced this type of out-of-control inflation, it took several years and significant interest rate hikes to get it under control.

It is nearly impossible to believe that inflation has subsided in any meaningful way.

As we have written before, inflation is punishing and insidious. It lasts far longer than anyone expects. In fact, as Mish has pointed out on numerous shows this week, inflation, and especially stagflation, will be around for many months, if not years.

See her explain the severity of the situation in a few of her national media appearances from Friday below.

Cheddar News: Market Wrap Up for a Wild Week

Fox News with Neil Cavuto: With So Many Current Events- What Will the Market Do?

Friday’s fierce rally was nothing more than a short-term reprieve.

Coincidentally, rallies like Friday’s are even more likely at the end of a quarter because this is when Wall Street and the investment community are rebalancing and repositioning their portfolios.

It’s in Wall Street’s best interest to drive prices up near the end of the quarter to take advantage of fee billing which is based on balances on June 30.

Friday, oil prices (and oil-related stocks) were back up a few dollars and the world began talking, yet again, about the energy supply constraints in Europe that would likely spill over to the US.

In the past month, we’ve seen oil spike to a high of $124 a barrel, come down to $107 and end the week at $113. Gasoline still hovers around $5.00 a gallon nationally. The precious commodity remains volatile and has a short-term impact on interest rates and the broad stock market. (See oil chart from this week below).

The Problem Is Bigger Than Oil

We are starting to hear from a few manufacturers, [it was Tesla (NASDAQ:TSLA) this past week], who began whispering about laying off highly compensated employees due to the scarcity of products and the ongoing debacle of the global supply chain.

Even worse, some foods are increasing in scarcity, and we are approaching an important holiday where people will be tested as they’ll have to choose between buying food for the family or gas to get to work or visit family.

We remain in the early innings of a difficult and challenging market. There are just too many factors, including potentially disappointing earnings, that are upon us in the near future to expect anything more than a bear market bounce.

If you watched any of the Mish replays from above, you inevitably heard Mish talk about the current economic environment as a “Trader’s Market.”

Mish’s Premium strategy, and our Algo-based mechanical investment solutions, employ methodical RISK MANAGEMENT. As a result, several of them are positive on the year.

RISK MANAGEMENT means that no initial trading/investment position is entered without knowing two things: THE STOP and THE TARGETS. Over the years, we continue to demonstrate that this methodology produces better results.

STOPS: they are put in place in case something goes wrong with the purchase thesis. If this is the case, we want to cut our losses and either sit in cash or deploy the capital in a better idea.

TARGETS: these are put in place the very minute we initiate a position. Why? Because we understand (and you should too) how fast profits can disappear. Taking profits in stages at targets helps to ensure a profitable experience even if the stock goes down quickly thereafter. If a MarketGauge target is hit, stops are ALWAYS moved up to capture the position at break-even to avoid letting the profitable trade turn into a loser. This is portfolio management at its best.

“Nobody ever lost money taking a profit”
Bernard Baruch

Another aspect of Target Investing is our ongoing rotation in many of our models. Utilizing MarketGauge’s proprietary indicators, we determine the best stock or ETF to be invested in at that time.

This is another form of TARGETED investing. This allows us to catch the upward momentum of sectors and industries that are experiencing upward price appreciation.

When you combine both aspects of this Risk Management together, you get better results. This can be seen in the long-term track records of all of our investment strategies.

If you are a follower of the NASDAQ All-Stars, then you may recall taking significant gains of 20%-65% in Moderna (NASDAQ:MRNA), Atlassian Corp (NASDAQ:TEAM), Advanced Micro Devices (NASDAQ:AMD), NVIDIA Corporation (NASDAQ:NVDA), and TSLA, to name just a few. 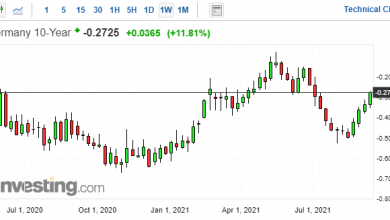 Evergrande And How About That Dollar Bear Market… 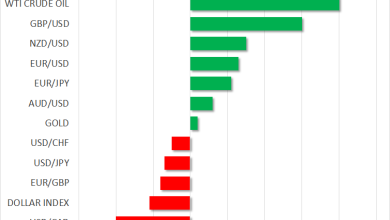 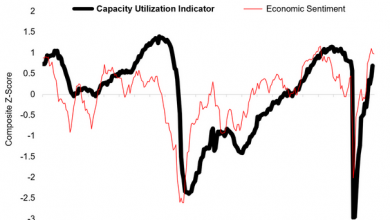 Chart Of The Week: Capacity Tightening 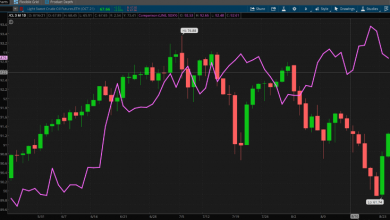 Fresh Earnings To Ponder; Markets Waver Ahead Of Jackson Hole