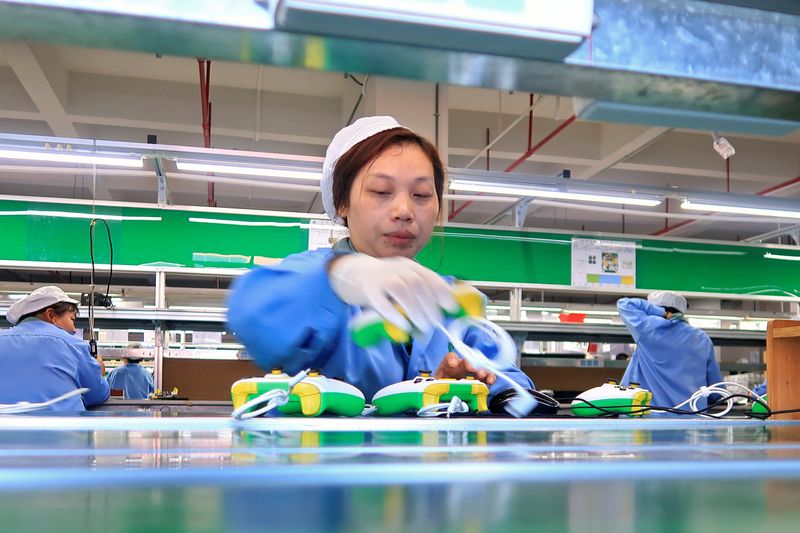 BEIJING (Reuters) – China’s slowing economy will struggle to stage the kind of stunning recovery it achieved from the early depths of the pandemic two years ago, as its formidable export machine teeters and options to revive investment and consumption dwindle.

Analysts and policy insiders say that means China’s leaders may have to quietly accept economic growth of about 5% for this year, below Beijing’s current target of “around” 5.5%, and prospects of a slower “U-shaped” recovery, rather than a rapid “V-shaped” one.

With no end in sight to China’s zero-COVID policy, investors worry a prolonged slowdown in the world’s second-largest economy could further weaken the global recovery and that worsening supply chain disruption could fan inflation risks.

That outlook contrasts sharply with 2020, when China’s economy roared back from its a deep pandemic-induced contraction, thanks to a combination of stimulus and surging exports as locked-in global shoppers splurged on Chinese goods.

“China’s economic and COVID cycles are different to that in other countries. Back (in 2020), China effectively controlled the COVID outbreak and achieved a rapid recovery in production and reaped benefits,” said a policy source who spoke on condition of anonymity.

“This time around, the outside world chooses to lie flat, and we see more negative impact on China as they tighten policies that will hit external demand, putting pressure on China’s foreign trade.”

Even before widespread COVID curbs in Shanghai and other major Chinese cities hit the economy, private-sector economists considered Beijing’s growth target as ambitious.

The United States, Europe and other major economies have chosen to “live with the virus” as they reopen and rely on vaccines to fight the pandemic.

In China, such policies are seen as encouraging inaction against a deadly and highly infectious virus and as such are politically unpalatable.

In 2020, China surged back from its pandemic slump to become the only major economy to grow in a turbulent year, in which the COVID-19 shock forced Beijing to scrap its annual growth target.

On the last day of 2020, President Xi Jinping declared victory over the pandemic under the banner of the Communist Party while senior officials touted the ruling party’s ability to “turn crisis into opportunity.”

That early success means China is now likely to stick with its zero-COVID policy until at least a key party meeting towards the end of the year.

Unlike 2020, however, the U.S. Federal Reserve and other central banks are raising interest rates to curb runaway prices, making it harder for the People’ Bank of China to ease monetary policy due to worries about capital outflows and local inflation.

Chinese consumers are tightening belts amid rising job losses and falling incomes, and the government remains reluctant to give cash handouts similar to those used in the United States and Europe, policy insiders say. Some Chinese cities have offered shopping vouchers to residents.

Channeling more money into big-ticket infrastructure projects is China’s most viable move, but may not be enough to pick up the slack as property spending weakens, they said.

“Infrastructure, which received full-throated support from President Xi in April, should lead the recovery,” economists at Societe Generale (OTC:SCGLY) said in a note.

“But infrastructure alone won’t be enough, and a housing market rebound would be essential for the whole economy to turn around, given that consumption is unlikely to see a proper recovery until the end of the zero-COVID policy.”

Economic data this week for April showed China’s consumption and factory output fell at a pace unseen since early 2020, when the Wuhan outbreak became a pandemic.

The broad-based slowdown has stoked worries of further job losses, with China’s nationwide survey-based jobless rate rising to 6.1% in April, the highest since February 2020 and well above the government’s 2022 target of below 5.5%.

Many private-sector economists expect China’s economy to shrink in the second quarter from a year earlier, versus the first quarter’s 4.8% growth.

Fu Linghui, a spokesman at the National Bureau of Statistics, on Monday played down the possibility of a second-quarter decline.

Similarly, the export sector may benefit from a weaker yuan, which has fallen about 6% to the dollar so far this year.

Analysts at Citi now expect the economy to contract 1.7% in the second quarter, versus previous projections for a 4.7% expansion.

The bank has cut its 2022 growth forecast to 4.2% from 5.1% but still sees scope for Beijing to prevent a more destructive slowdown.

“The worst is perhaps over as the government looks to step up its support,” Citi analysts said in a note.

“In addition, China still has policy options. At this juncture, a timely and decisive rollout of real stimulus measures is really critical to bring growth back on track.” 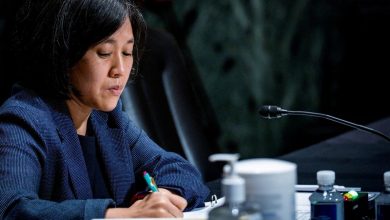 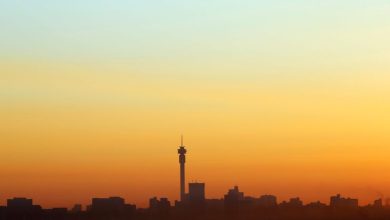 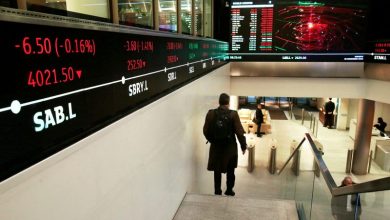 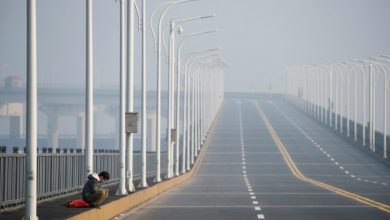