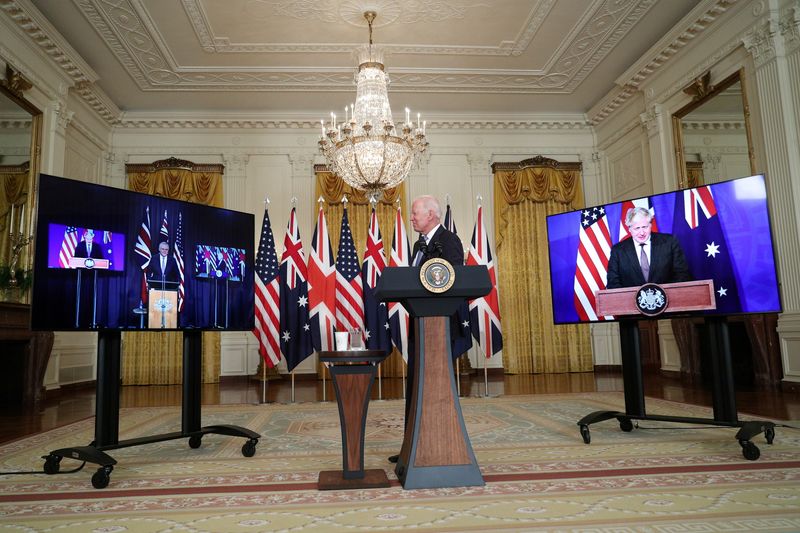 By Humeyra Pamuk and David Brunnstrom

WASHINGTON (Reuters) – European capitals celebrated a visit by U.S. Secretary of State Antony Blinken in June, as President Joe Biden’s top diplomat cracked jokes in French in Paris, posed for selfies with French youth and spoke at length about revitalizing the transatlantic relationship.

It was a breath of fresh air after four years of former President Donald Trump’s brash “America First” administration, during which U.S. ties with Europe lurched from one crisis to another amid policy decisions that often blindsided European countries.

But less than three months after Blinken’s repair tour, Washington finds itself in an unprecedented diplomatic crisis with France over a trilateral deal with Britain to supply Australia with nuclear-powered submarines that sank a $40 billion contract for French-designed vessels.

France reacted with fury, saying the new deal had been hatched behind its back and resorting to language almost unheard of in public pronouncements between allies, calling it “brutal” and a “stab in the back”.

On Friday it went further, taking the extraordinary step of recalling its ambassadors to Washington and Australia and accusing the Biden administration of acting like Trump in pushing Paris aside.

Analysts say the crisis is more than commercial, and one of trust, and even if U.S. officials hope it will blow over quickly, it has the potential to do lasting damage to the alliance with France and Europe and throws into doubt the united front Washington has been seeking to forge against China’s growing power.

French diplomats said they first learned of the deal when news leaked in Australian media hours before the official announcement on Wednesday, although Australia’s Prime Minister Scott Morrison insisted he had made clear to French President Emmanuel Macron in June that he might scrap the agreement with France.

Either way, from the French perspective, the U.S. move flies in the face of what Biden’s administration has pledged since the end of the Trump era: a return to multilateralism and close cooperation with partners and allies, with Europe an important element of that.

“This makes Europeans realize that maybe some of Trump’s policies, beyond the scandals and the tweets, were not an aberration but signaled a deeper shift away from Europe,” said Benjamin Haddad, director of the Atlantic Council’s Europe Center.

“At a time when the Biden administration wants to rally Europeans in a common transatlantic front to push back against Chinese assertiveness, why not bring in the key EU actor in the region?”

Some see further clumsy policy-making by Biden’s administration hard on the heels of his chaotic end to America’s two decade-long intervention in Afghanistan, about which European nations complained they had not been properly consulted.

“Just like Afghanistan, this new ‘America First’ opus is poorly conceived and even more poorly executed,” a French diplomat said.

Blinken has attempted to sooth French anger, calling France a vital and long-standing ally in the Indo-Pacific and beyond, and the White House and State Department quickly issued placatory statements after Paris recalled its ambassadors.

The State Department said Washington hopes to continue discussions on the issue at a senior level in coming days, including during next week’s United Nations General Assembly.

The French were clearly “very annoyed” and showed that in a “fairly dramatic” way, he said, while recalling previous moments of high tension, including France’s withdrawal from NATO command in the 1960s and refusal in 2003 to join the U.S.-led invasion of Iraq.

But diplomatic relations have not been suspended, and at some point the ambassadors will be sent back, Bell forecast, noting that Macron’s gesture comes ahead of a potentially tight re-election race next year.

“Macron is trying to reawaken that Gaullist tradition of French independence” in foreign policy, he said.

While the NATO allies might well find ways to recover from what some see as the worst diplomatic crisis in their history, experts warn of serious harm to Biden’s broader China strategy.

The trilateral submarine deal should strengthen the hand of the United States and its allies in the face of growing Chinese power, but the damage caused by the alienation of France could outweigh this.

“China must be laughing all the way to the bank,” said Francois Heisbourg, senior advisor for Europe at the International Institute for Strategic Studies. “They have the prospect of removing Europe’s potential presence alongside the U.S. in the Indo-Pacific area.”

Though stronger U.S.-Australia ties would concern the Chinese government, France, the EU’s leading military power, has taken a strong stance in urging a tough line on China when other EU countries such as Germany have seemed more concerned about not upsetting commercial ties with Beijing.

“There is a downside for China, but the upside I think is greater – the notion that Europe is essentially going to stay in the wings and not play an active role in the Indo-Pacific as a whole,” Heisbourg said.

He said France might narrow its focus to concentrate on its specific Indo-Pacific interests, rather than working to push back against China more broadly.

A day after the submarine deal was announced, the European Union unveiled its formal strategy to boost its presence in the Indo-Pacific and counter China. But with France deflated, there is increased risk this effort will either be stillborn or the transatlantic strategy towards China will become further disjointed, Heisbourg said.

“We must survive on our own, as others do,” EU foreign policy chief Josep Borrell said, speaking of the “strategic autonomy” that France and Macron have championed.

Even so, other analysts believe the compelling need to counter Beijing will help Western countries bridge their differences.

“The increasing level of global anxiety about China is the tide that lifts all boats here,” said Greg Poling of Washington’s Center for Strategic and International Studies.

“I’m pretty confident that there’s going to be a rough few months ahead, but Paris is going to get over it because its strategic interests dictate that it has to get over it.” 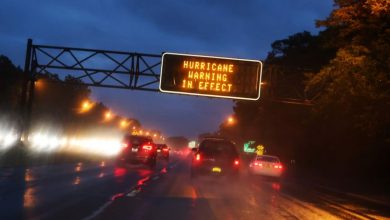 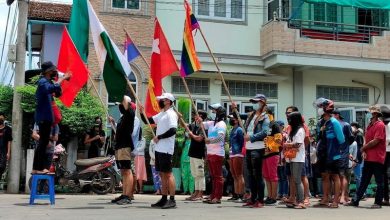 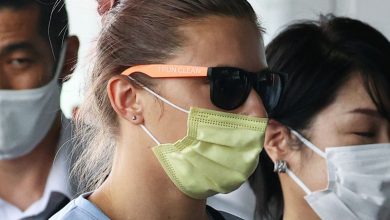 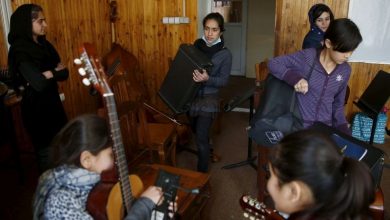