The Australian dollar had a relatively quiet week, and the limited movement has continued on Monday. There are no Australian releases today, so barring any surprises from today’s U.S. durable goods release, I expect little movement from AUD/USD in today’s session.

The Reserve Bank of Australia holds its policy meeting next week and is widely expected to raise rates. In June, the RBA hiked by 0.50%, surprising the markets, which had expected a smaller move. Even with the 0.50% salvo, the cash rate is currently only at 0.85%, meaning that the RBA will have to dramatically raise rates in order to curb spiralling inflation. In the first quarter, inflation rose to 5.1% and the RBA is predicting that inflation will rise to 6% before year’s end.

Governor Philip Lowe signalled on Friday that the RBA would not deliver a super-size 0.75% hike at next week’s meeting. Lowe said that such a move was “not on the table” and that the bank was looking at “graduated steps” at the July meeting. This means that the July meeting is live, with the RBA most likely to deliver a rate hike of 0.25% or 0.50%. There has been speculation that the cash rate could hit 4% in 2022, although some quick math indicates that the RBA would have to implement at least one 075% hike to achieve that level.

Lowe also touched upon the quandary facing the RBA (and other central banks), that being how to curb inflation with high interest rates without causing an economic downturn. The notion of aggressively raising rates and still being able to guide the economy to a ‘soft landing’ is a huge challenge, and Lowe acknowledged that the RBA had a “narrow path” to succeed. 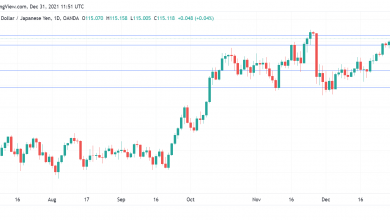 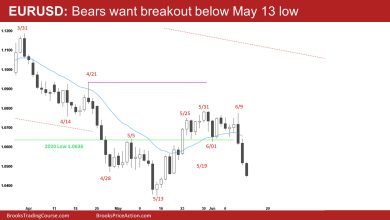 EUR/USD: Bears Looking For A Breakout Below The May 13 Low 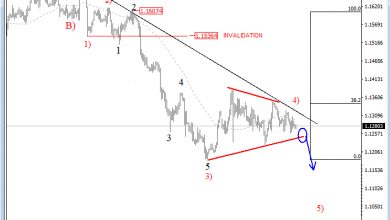 EUR/USD May Slide Below Support 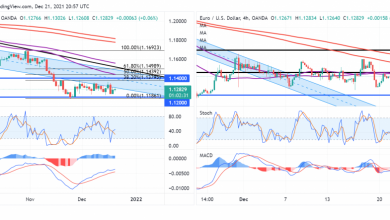