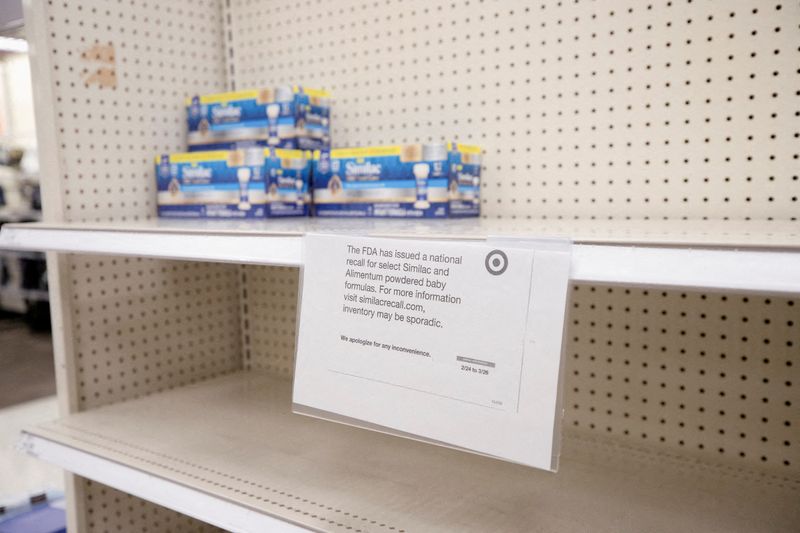 (Reuters) – Abbott Laboratories (NYSE:ABT) said on Saturday it had reopened its baby formula production plant in Michigan, a crucial step that could help ease a nationwide shortage of baby formula in the coming weeks.

Top infant formula makers, including Reckitt Benckiser, Nestle and Danone SA (OTC:DANOY), have been shipping supplies from overseas since the United States temporarily allowed foreign imports from other suppliers.

Here is a timeline on how the baby formula crisis unfolded and the measures taken so far to resolve it:

Abbott recalls dozens of types of powdered baby formulas, including Similac, Alimentum and EleCare, made at its Sturgis, Michigan plant after four consumers complained about bacterial infections in infants who had consumed those products; Recalled products had an expiry date of April 1, 2022 or later.

Abbott expands recall to include some Similac PM 60/40 products based on a fifth complaint of a bacterial infection.

House Appropriations Committee Chairwoman Rosa DeLauro asks for an investigation https://delauro.house.gov/media-center/press-releases/chair-delauro-requests-investigation-fda-handling-abbott-powdered-infant into the FDA’s handling of the Abbott recall.

FDA probe of Abbott’s Michigan facility finds a harmful bacteria called Cronobacter sakazakii on the surface of some areas near infant formula production, and reveals Abbott did not have a control system in place to prevent microbe contamination.

House Appropriations Committee Chair Rosa DeLauro in a testimony submits a report acquired from a whistleblower, who had worked at the Abbott facility and had filed a complaint with the FDA in September 2021.

Abbott says it will release some nutrition products made at its Michigan plant on a case-by-case basis.

Abbott says it has been prioritizing production of formula at other plants, and shipping formula from its Ireland facility.

President Joe Biden meets with executives from baby formula manufacturers and retailers including Target, Walmart (NYSE:WMT) and Nestle’s Gerber to address the shortage.

Store-brand baby formula maker Perrigo Co (NYSE:PRGO) says shortages and heightened demand may last for the rest of the year.

U.S. Centers for Disease Control and Prevention (CDC) closes its investigation on Abbott, while Abbott says it has air shipped millions of cans of baby formula powder into the United States from its facility in Ireland.

The FDA says the United States will allow imports of infant formula from foreign makers that do not usually sell their products in the country.

Abbott reaches an agreement with the FDA on the steps needed to resume production at its Michigan plant.

U.S. House Democrats unveils a bill to provide $28 million in emergency funds to the FDA to help it respond to the shortage and bolster supervision of the industry.

Nestle SA (SIX:NESN) tells Reuters it was flying supplies to the United States from the Netherlands and Switzerland. Reckitt Benckiser, the second largest U.S. milk formula supplier, is boosting baby formula production by about 30%.

Abbott says it plans to restart production at the facility on June 4.

The U.S. Federal Trade Commission launches an inquiry into the ongoing shortage and to examine past M&A deals in the formula market to understand their impact.

Danone says it has been doubling shipments of Neocate formula to the United States, while Enfamil maker Reckitt is also working to boost supplies amid a nationwide shortage.

Lawmakers grill FDA officials over what they called a lack of urgency in the agency’s response to complaints about possible baby formula contamination at Abbott’s Sturgis plant.

Abbott says it has reopened its baby formula production plant in Sturgis, Michigan. 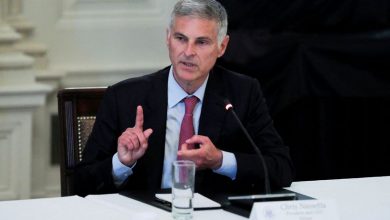 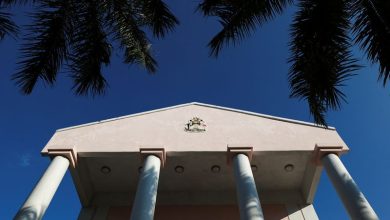 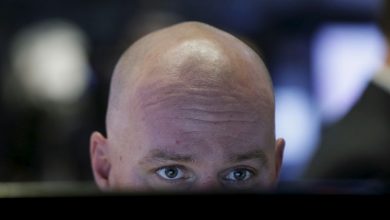 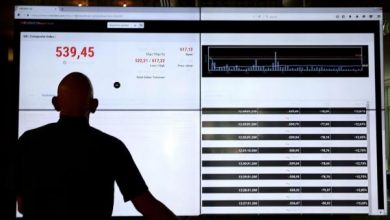