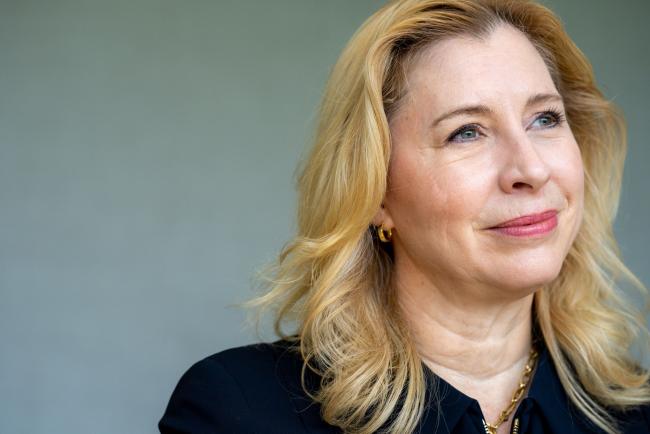 (Bloomberg) — Rebecca Patterson has a message for Federal Reserve Chairman Jerome Powell: It’s time to get even more hawkish.

The chief investment strategist at Bridgewater Associates, the world’s largest hedge fund, says interest rates will need to rise a lot higher than Powell thinks in order to tame inflation. The aggressive policy tightening that’s expected will continue to lift yields of all maturities, which helps explain why the firm is shorting Treasuries across the curve.

“Markets are discounting that you are going to have inflation not back down to 2%, but to around 3%, over the next three years — and that’s with a lot of Fed tightening,” Patterson said during an interview at Bridgewater’s campus in Westport, Connecticut. “The question to us is if it’s enough to get inflation to where markets are discounting it. We think the risk is that it is not.”

Patterson is the type of market veteran who central bankers listen to, based on her reputation for making correct calls in a career that’s taken her from cub reporter at a local newspaper in Florida to the right-hand side of Ray Dalio, Bridgewater’s famous founder. The 53-year-old has been a member of the Fed’s advisory committee, and has appeared on American Banker’s annual Most Powerful Women in Banking list multiple times.

These days, Patterson and her Bridgewater colleagues are looking suspiciously at market pricing that suggests a peak federal funds rate of just over 3% in this tightening cycle, above the 2.8% level that policy makers have signaled will be needed to control inflation. That outlook alone has already helped lift benchmark 10-year Treasury yields to a more-than three-year high of almost 2.98% this month. Yet the U.S. breakeven rate — a bond-market gauge of expectations — still projects headline inflation averaging about 2.9% over the coming decade.

The consumer price index rose by an annual rate of 8.5% in March, with the core rate — which strips out food and energy costs — at 6.5%. Bridgewater expects core CPI to remain at 6.5% in a year’s time. While she declined to say exactly how much she believes the Fed needs to hike, Patterson said the central bank’s benchmark rate needs to go much higher than expected to get inflation back down to anywhere near the Fed’s 2% target for the personal consumption expenditure index, which runs about 40 basis points below CPI, or even to what breakevens are pricing.

To Patterson, that all adds up to a further rise in yields.

“Ten-year Treasury yields have decent room to run,” Patterson said during the April 12 interview. “3% is really easy to see, and I wouldn’t rule out that we could see 4%.”

Patterson’s not alone in her thinking about the Fed funds rate. Deutsche Bank economists warned on Tuesday that the central bank likely needs to engage in the most aggressive monetary tightening since the 1980s, assuming “conservatively” that the benchmark rate needs to be lifted well into the 5% to 6% range.

To bulletproof their funds for an environment of persistent inflation and higher rates, Bridgewater also is invested in diversified and cyclical commodities, gold and inflation-linked bonds. In equities, the firm is short U.S. stocks and long Japan given the sharp withdrawal of liquidity by the Fed.

Patterson has confidence that she and her colleagues will help Bridgewater continue to navigate a tricky market environment after an impressive start to the year. The firm posted a 16.3% return for the first quarter, a period in which both stocks and Treasuries retreated.

Before joining Bridgewater, her track record managing money at Bessemer Trust — where she worked for eight years before leaving as chief investment officer in January 2020 — led former New York Fed President William Dudley to invite her to be a member of the central bank’s Investor Advisory Committee on Financial Markets. She had previously sat on the New York Fed’s foreign-exchange committee, where she taught classes on currencies to junior central bankers. On the advisory committee, Patterson got to know Dalio and other hedge-fund heavy hitters who were also members, including Paul Tudor Jones, Bill Ackman and David Tepper.

Besides market dynamics, she for decades has focused on efforts to hire and promote women and increase diversity in finance. She helped launch Bessemer’s diversity and inclusion committee and is involved in similar work at Bridgewater, where the staff is 36% women and 27% minorities, with women holding 20% of senior positions, according to the firm’s website. She was also recently named the board chairperson of the Council for Economic Education, which seeks to foster economic and financial literacy among kids.

Patterson is leveraging her knowledge of currency markets as U.S. interest rates surge higher than those in other big developed nations like Japan. Weakness in the yen, which is hovering near a 20-year low versus the dollar, has caught her attention. She says the yen’s slide has more room to run since verbal intervention by Japanese officials will only slow the speed of a downtrend stemming from the divergence of U.S. and Japanese monetary policy.

There are “both positive and negative implications of a weak yen; it helps their exporters but it causes inflation,” she said. “But Japan has been trying to get inflation for so long. I think they see this as an opportunity to reset” and just “manage the cost of the weaker yen.” 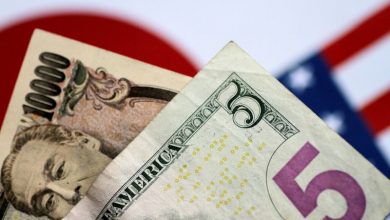 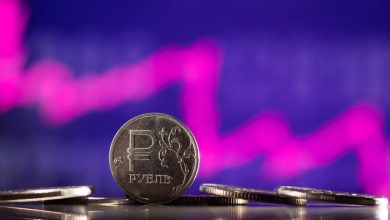 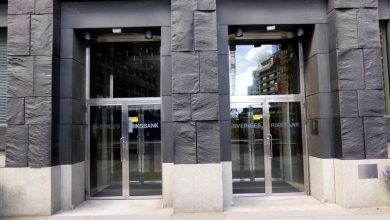