View of a burned out commercial building following the Dixie Fire, a wildfire that tore through the town of Greenville, California, U.S. August 5, 2021. REUTERS/Fred Greaves

GREENVILLE, California (Reuters) – The main thoroughfare in a historic California gold-rush town was in smoldering ruins, officials said on Thursday, hours after the state’s largest wildfire engulfed the hamlet in the Sierra Nevada Mountains.

Fire crews were still working on Thursday morning to extinguish fires in Greenville, 200 miles (322 km) northeast of Sacramento, after the 320,000-acre Dixie Fire roared through on the previous night.

“Despite valiant efforts of firefighters, aerial resources and law enforcement to protect life and defend property, fire spread into the community of Greenville,” the California Department of Forestry and Fire Protection (Cal Fire) said online on Thursday.

The Dixie Fire was among the more than a dozen wildfires burning around the state. The River Fire which started on Wednesday and has charred 2,400 acres in Nevada and Placer Counties, forced evacuations from the town of Colfax (NYSE:CFX) and is zero percent contained, according to Cal Fire.

California, which typically experiences peak fire season later in the year, was on pace to suffer even more burnt acreage this year than last year, which was the worst fire season on record.

California’s recent wildfire seasons have been particularly devastating. The five largest wildfires in state history have all occurred in the last three seasons, burning more than 2.5 million acres and destroying 3,700 structures. The Dixie Fire is currently the sixth largest in state history.

It was unclear how many structures were destroyed in Greenville as fire crews were yet assess the damage, Cal Fire spokesperson Mitch Matlow told Reuters. There were no injuries or deaths reported, he said.

But one man was missing after he told his sister that he was evacuating, the Plumas News reported. The Plumas County Sheriff’s Office ordered Greenville residents to evacuate on Wednesday.

The Dixie Fire started on July 14 in the area of the Feather River Canyon, about 20 miles from Paradise, a town destroyed by a wildfire in 2018 that killed 86 people. The current blaze has destroyed 45 structures and damaged five others, Cal Fire said on Thursday morning.

Greenville was founded more than 150 years ago when nearby gold mines attracted settlers and merchants to the picturesque town in the Indian Valley.

Video footage and photographs posted on social media showed structures along Greenville’s quaint main strip in heaps of ashes and debris as smoke rose into the hazy sky.

“My defiantly quirky, beautiful adopted hometown turned into a ghost town last night,” wrote Meg Upton, a reporter for the newspaper, in an online article.

The California Office of Emergency Services said Thursday that about 16,000 people had been evacuated from several fires burning across five counties in the northern part of the state. 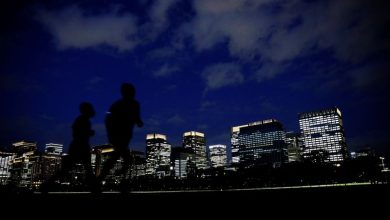 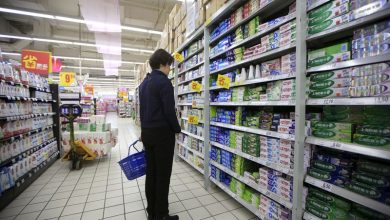 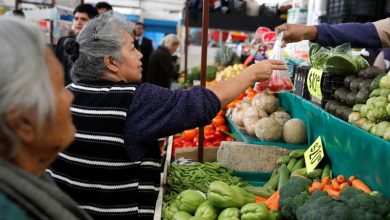 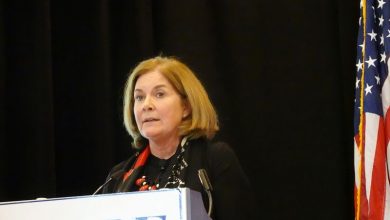 Fed’s George: no question we are in a tight labor market