Yesterday was big bull bar after 2 big bear bars. The E-mini is reversing up from sell climax.

The reversal was also from just below the Sept.2 high, which was the breakout point of the October rally. I have been saying that the E-mini was likely to fall below that high.

The low was just below the 50-day MA and just above the 100-day MA, which are support.

Yesterday is a buy signal bar for today.

The bulls hope that the climactic selloff will lead to a rally. They want the year to close on the high, which would increase the chance of higher prices early next year.

If the year closes on the high, the E-mini will be above the November high. December would then be an outside up bar, increasing the chance of higher prices in January.

If January were to gap up, there would be a rare gap on the yearly chart. I do not know if that has ever happened in the 100+ years of the S&P.

The bears hope that any rally will form a lower high. They would then want the selloff to resume from a lower high major trend reversal.

While the selloff has been strong, it was climactic. Yesterday reversed up from a cluster of support. That includes the 50- and 100-day moving averages, the Sept. 2 high, the 4500 Big Round Number, and about a 50% retracement of the October rally.

With yesterday’s range being big, there is an increased chance that today will be a second consecutive inside bar. There would then be an ii (inside-inside), which is a Breakout Mode pattern. That means it would then be both a buy and sell signal bar.

The bulls want strong follow-through buying today. If today is a big bull bar closing near its high, it will increase the chance of a December rally to a new all-time high.

The bears want a bear bar closing near its low today or Monday. Or, they want any rally to reverse down from a good sell signal bar. They then hope that the selloff reverses the entire October rally.

Today is Friday so weekly support and resistance can be important, especially in the final hour. The high and low of the week are probably too far to get there today. Therefore, the midpoint might be important.

If the bulls get the week to close above its midpoint, it slightly increases the chance of higher prices next week.

The bears want the week to close below the midpoint. Yesterday closed just slightly below that level.

Since this week triggered a monthly sell signal, the bears would also like the week to close below the November low, which is just below yesterday’s close. Below that is the Sept. 2 high, which is also a magnet below.

What is most likely? With every selloff since the pandemic low, I have said the same thing. For most, I said the odds favored a quick resumption of the bull trend.

At no time since the pandemic low have the bears had better than a 50% chance of a correction. That is true here as well.

Unless the bears break strongly below the support, the odds will still favor the bulls. If the E-mini begins to get some bull bars, traders will see the selloff as just a sell-vacuum test of support in a bull trend.

We should find out next week. If next week remains unclear, the odds would begin to favor the E-mini going sideways into the end of the year.

E-mini 5-minute chart and what to expect today

E-mini is up 18 points in the overnight Globex session. It is testing the 4600 Big Round Number.

If there is a gap up today, it will probably be small. Small gaps usually close in the first hour.

While unlikely, today could be a second consecutive inside day on the daily chart. Therefore, there might be an early reversal down from just below yesterday’s high.

Today could be a bear day. But after yesterday’s strong reversal up on the daily chart from a sell climax at support, if today is a bear day, it will probably not be a strong bear day.

Yesterday is a buy signal bar on daily chart for a micro wedge reversal up from 50-day MA. Bulls will try to get above yesterday’s high to trigger buy signal.

If there are several early big bull bars, today could become a second consecutive big bull day. That would increase the chance of a new high by the end of the year. 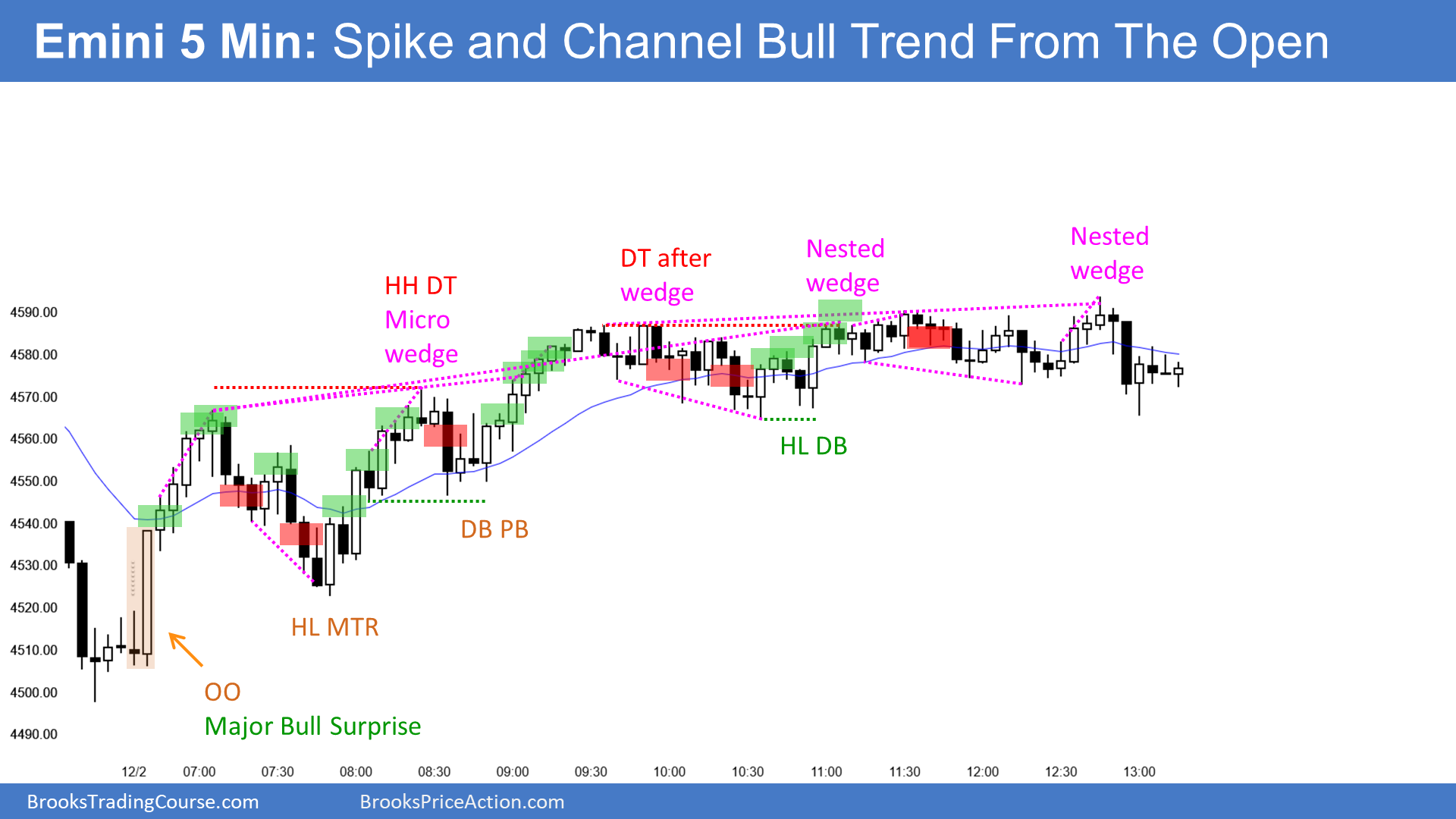 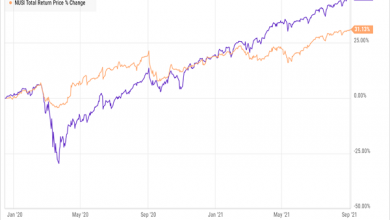 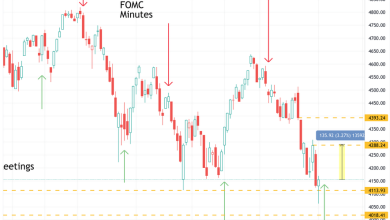 Stocks Rally As The Implied Catches Up With Realized Volatility 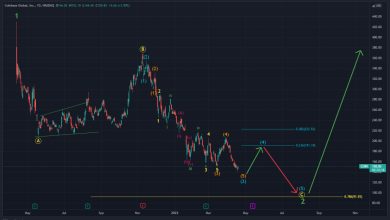 Is There A Buying Opportunity In The Coinbase Stock? 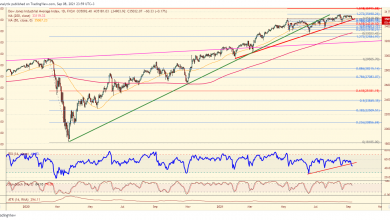 Chart Of The Day: Dow Jones