US economic growth is expected to slow in the third quarter, but preliminary nowcasts of GDP suggest the deceleration will be moderate.

US gross domestic product (GDP) is projected to increase 5.1% in the July-September period, based on the median nowcast for several estimates compiled by CapitalSpectator.com. That’s substantially below the 6.5% gain for Q2, but a 5%-plus increase in output still represents a robust expansion. 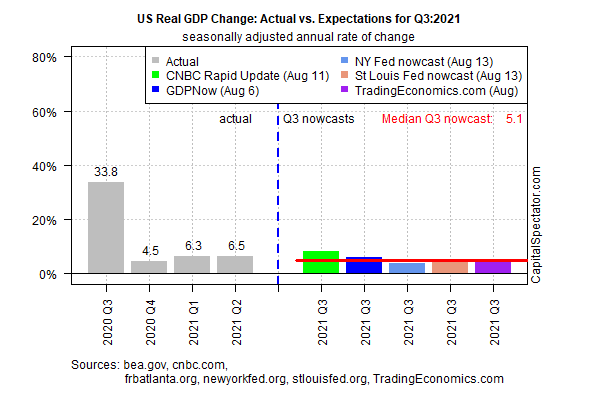 Meanwhile, today’s nowcast supports previous analysis that suggests the economy peaked in March (excluding the unusually dramatic bounce-back effect in 2020’s Q3 following the initial economic collapse at the start of the pandemic).

The US Macro Trend Index (MTI), for example, continues to indicate a downside bias in play for economic activity. In the current environment, which still reflects an ongoing expansion, MTI’s negative readings reflect softer gains. 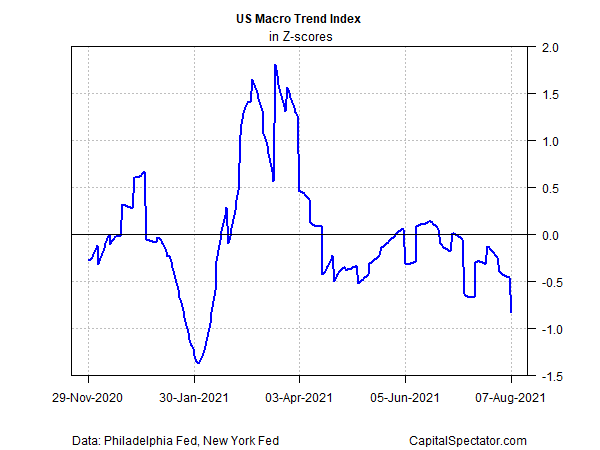 Although the probability remains high that Q3 economic activity will be positive in a relatively strong degree, the main uncertainty is how fast and how far the current deceleration trend unfolds. An early sign that deceleration is picking up speed would likely be reflected in persistent and/or deeper negative readings for MTI. For the moment, the downside bias is modest, although the recent decline, if it persists and/or deepens, would be an early warning that Q3 growth is on track to be weaker than currently expected. 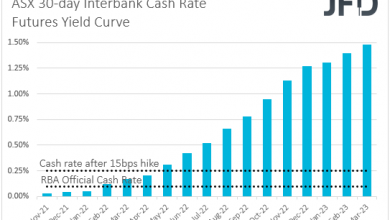 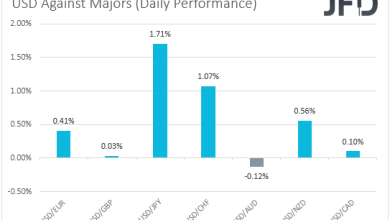 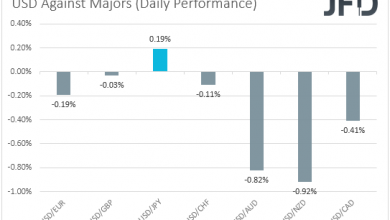 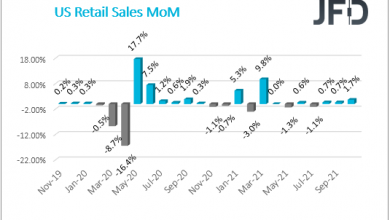