Ethereum’s hashrate, a computational notation used to measure the security of the network based on mining activity, recorded an accelerated decline from April.

This processing power suffered more than a 10% plunge as the value of mining proceeds plummeted due to ETH’s price which has been in freefall lately. On a year-to-date chart, miners’ activity slopes to about 900 TH/s after peaking above 1,000 TH/s this June.

A Myriad Of Challenges For Miners

Over the last three months, Ethereum’s price has dropped by more than 75% as markets worldwide saw a downturn; investment vehicles based on Ethereum also saw massive outflows.

Along with the fall in ETH’s price, a surge in energy cost has worsened this condition for miners; the energy price index hit a five-year high following the Russian-Ukraine conflict. Ycharts reveals that this index returned above 160 points in May after slightly dropping to 153 in April. It is worth stating that this change represents an over 86% increase from mid-2021.

Also, the relentless inflation rally has contributed significantly to the tightening conditions for Ethereum miners. According to reports, the consumer price index (CPI) rose 8.6% in May from a year ago. This inflation pace exceeded expectations and is the fastest since December 1981.

According to the Bureau of Labor Statistics, the CPI, a measure of a wide range of goods and services, even surpassed the Dow Jones estimate. It is clear that due to the war, the high costs of energy contributed significantly to the high inflation figures. Excluding volatile food and energy prices, this index would be sitting around 5.9%. However, the energy price alone rose by 3.9% since May.

Another factor contributing to the Ethereum network’s deteriorating condition is the pending difficulty bomb. This phase disincentivizes miners by dropping the profitability of minting new tokens. However, this long-awaited improvement has been delayed by another 700,000 blocks till mid-September 2022.

The difficulty bomb is a critical step to implementing the highly anticipated Merge upgrade. This procedure is targeted at transitioning the Ethereum network from Proof-of-Work (POW) to Proof-of-Stake (POS). The Merge is one of the many ETH2 upgrades that aims to make the Ethereum network significantly faster, more scalable, and energy-efficient.

Furthermore, the support from Ethereum proponents expecting the transition continues to gain organic traction. A good indication is the increasing balance of ETH stakes in the ETH2 deposit contract. According to Nansen, almost 12 million tokens from 75,400 unique depositors have participated.

Nevertheless, it is not all doom and gloom for Ethereum. This is because a successful shift from POW to POS consensus mechanism clears a great deal of the energy burden required by the former. This would mean that the network requires less computational effort to secure the Ethereum network. The mechanism would randomly select validators to add blocks to the blockchain if they stake 32 ETH on the network.

The triple whammy of lower earnings, higher operating costs, and imminent Merge has forced some Chinese miners to close shop. Their exit has flooded the secondary market with GPUs. This sudden supply surge has caused the price of these machines, like the GeForce RTX 3080 graphics card, to fall as low as $523.

For comparison, a new GeForce RTX 3080 graphics card sells for about $1500. Although these machines are used, they are still way below the average price.

Some miners have taken a step further out of desperation to cut their losses and sell their equipment by resorting to livestream auctions. Meanwhile, others have opted for a devious approach. A Twitter user pointed out that some sellers ask for $600-$700, using the listing price as bait.

Ether’s price has also suffered a significant loss in the lingering market rout. The smart contract token sprung back above $1000 after falling below $940 in last week’s crypto market sell-off. Its current price level may represent a critical support level as many market participants seem to have their eyes here. 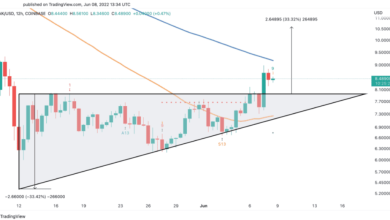 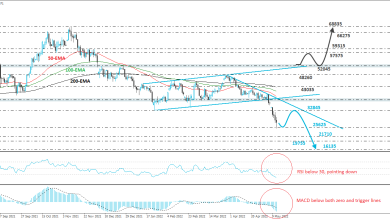 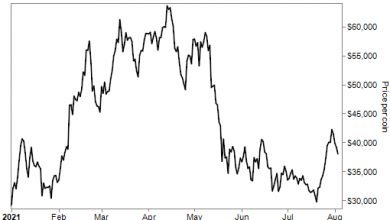 Are Cryptocurrencies A Systemic Risk To The Global Financial Markets? 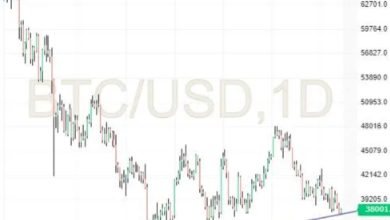 Bitcoin Update: Acrobatics On Display On The Support Line