Christine Lagarde of the ECB stood steadfast last Friday with a 25bps rise for July, with the September decision still up in the air. Across the ocean, RBA Governor Philip Lowe suggested that 25-50 basis points are more likely in the July meeting, despite investors expecting the RBA to take an assertive approach in line with the US Federal Reserve. Lowe stated that the RBA would monitor consumer spending as borrowing prices rise.

Given the upcoming macro events, the EUR/AUD pair has been trading in an ascending wedge. On the daily chart, price action is rapidly approaching a 3-month resistance range of (1.52171 – 1.53189) with a bullish EUR.

As we approach an overbought stochastic RSI, the standard deviation of price shows that it is moving in line with market expectations. We expect the AUD to strengthen in the short term as the RBA makes a decision sooner. However, we anticipate the EUR to be stronger in Q3 attributed to falling commodity demand, which may influence the overall strength of the AUD with a price forecast of 1.58419.

Despite growing Japanese inflation, the BOJ maintains policy easing. Last week, we observed a negative turnaround in price due to a BOJ rate decision to maintain rates constant, which proved inaccurate. Considering a Fibonacci scenario from August 1998 (the BOJ intervened as the Asian financial crisis caused large capital outflows) in which the USD/JPY reached a low of 147.397 and a high of 75.71 in October 2011. Price action remains in the upper Fibonacci band as the BOJ maintains current interest rate levels.

Fundamentally, if the BOJ decides not to weather the storm of global central bank divergence, any evidence of yield adjustments will lead investors to sell bonds to buy back the Yen and vice versa. There remain no signs of a relief rally in near sight. We do see a further weakening of the Yen in the coming days.

However, price action remains heavily distorted, with standard deviation reaching levels of 2013, 2015, and 2016, while momentum starts to peak with a stochastic RSI indicating the pair remains overbought. Key factors to consider regarding the Yen’s strength will be a shift to a hawkish policy stance. 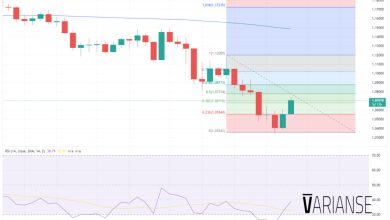 Is EUR/USD Truly Out Of The Doghouse?

Chart Of The Day: AUD/USD 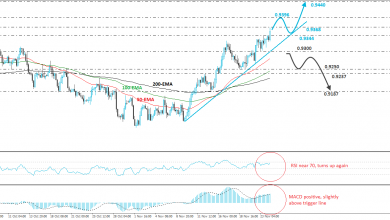 USD/CHF In An Uptrend 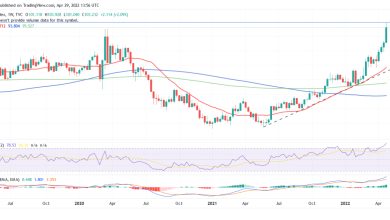