The EUR/USD confidently approached the upper boundary of the 1.05-1.06 range and was about to break it as traders expected downbeat data on durable goods orders in the United States. The indicator was expected to decrease by 0.3%, indicating that the US economy is tipping into recession. But, it increased by 0.7%, which surprised market participants.

It turns out that consumer activity has been growing for the third month in a row. This contradicts countless warnings about the imminent onset of the recession. After all, durable goods orders are an important leading economic indicator that measures consumer activity. Consumer activity, in turn, is the dominant source of economic growth in the United States. As long as it grows or at least does not decrease, the country is not at risk of a recession.

However, the dollar’s response to upbeat statistics was a bit weird. Its rally was weak and insignificant. Probably, this can be attributed to the fact that the indicator does not relate directly to retail sales. A rise in durable goods orders only boosts retail sales growth prospects.

Today’s macroeconomic calendar is bereft of any important releases. Thus, since the euro has remained within the previous range, the most likely scenario suggests a gradual movement towards its lower boundary.

The EUR/USD pair slowed down its bullish run after approaching the upper boundary of the 1.0500/1.0600 range. As a result, the volume of long positions decreased, and the price pulled back. 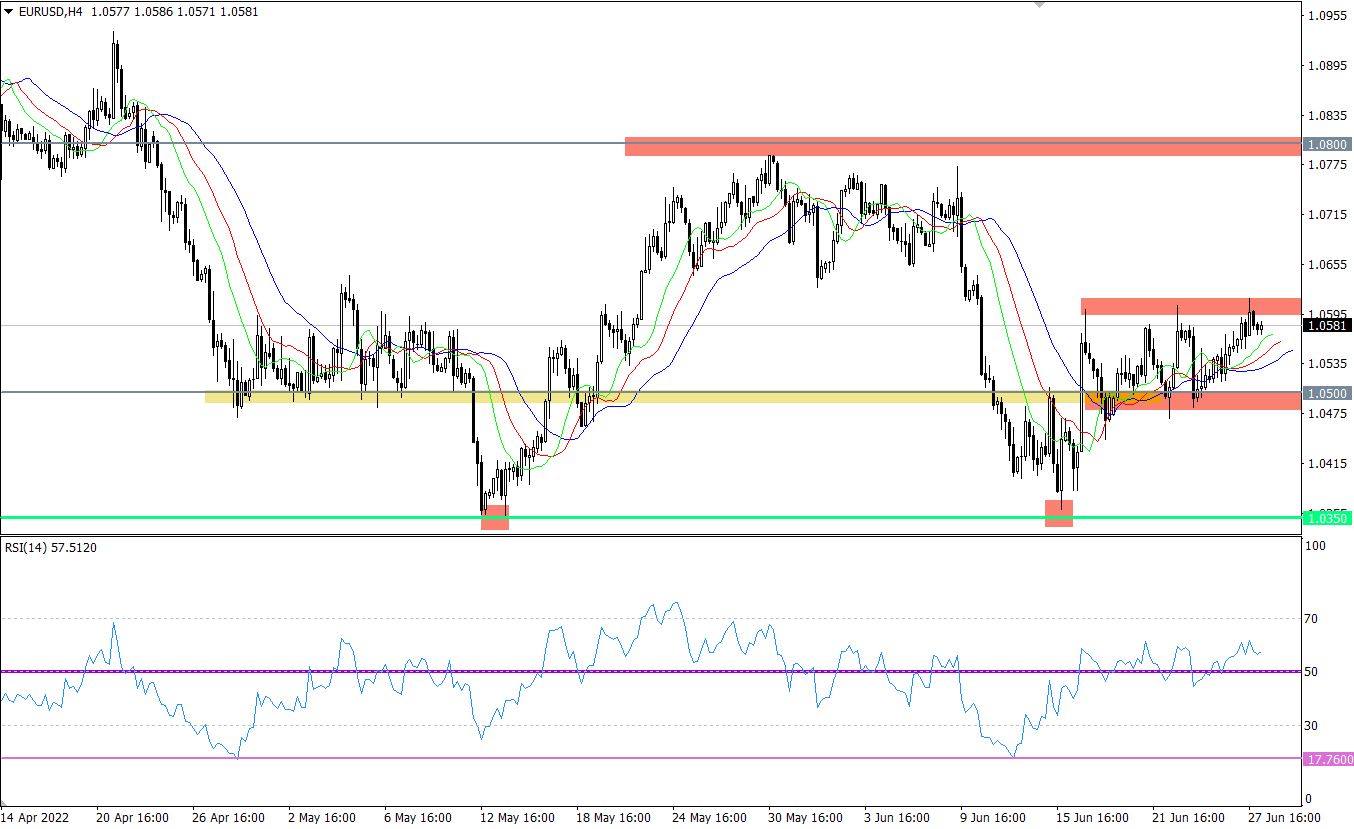 The RSI indicator is drifting in its upper area of 50/70 on the 1-hour and 4-hour charts, which corresponds to the price movement within the channel’s upper boundary. On the D1 chart, the technical instrument is moving in its lower area of 30/50, which signals a medium-term downtrend.

Moving averages on the H1 and H4 Alligator provide a mixed signal due to the flat market. At the moment, the lines are pointing up, which indicates the price movement from the lower boundary of the sideways range to the upper one. In the short term, the pair is still range-bound, so traders prefer to trade to catch a price rebound.

Alternatively, market participants may consider a breakout strategy. Thus, the price consolidation above the upper boundary or below the lower boundary on the four-hour chart will indicate the pair’s further direction. 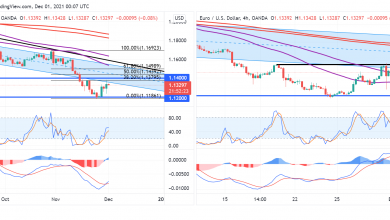 EUR/USD – Larger Correction On The Cards? 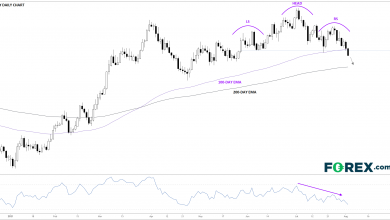 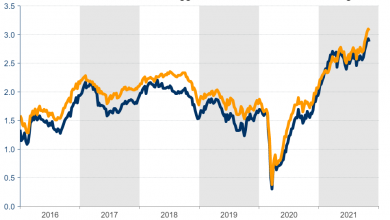 Week Ahead – Another US inflation shock? 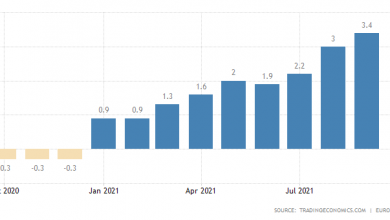