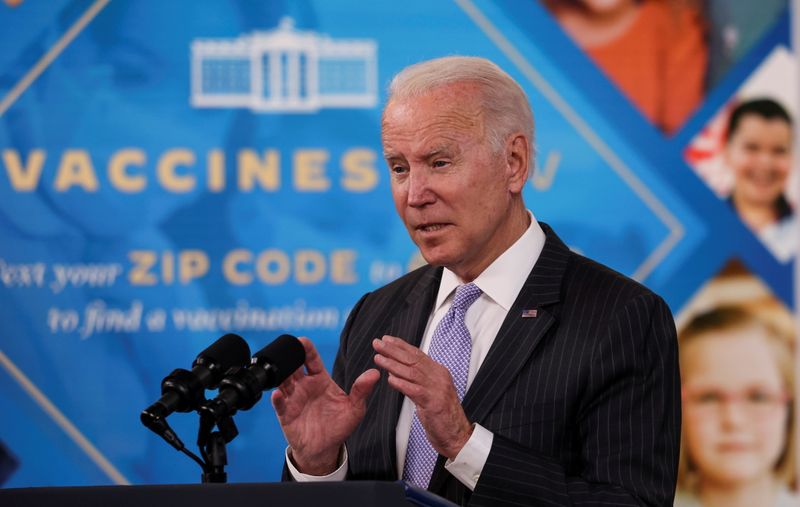 FILE PHOTO: U.S. President Joe Biden delivers remarks on the authorization of the coronavirus disease (COVID-19) vaccine for kids ages 5 to 11, during a speech in the Eisenhower Executive Office Building’s South Court Auditorium at the White House in Wa

(Reuters) – Courts have recently blocked many of the Biden administration’s rules and regulations aimed at increasing U.S. vaccination against COVID-19, which has killed more than 780,000 Americans and weighs on economic growth.

The vaccine requirements have been challenged by Republican state attorneys general, businesses and religious groups that alleged the administration exceeded its authority.

Below is a look at the various Biden administration vaccine regulations and the status of the legal challenges.

The U.S. Department of Labor’s Occupational Safety and Health Administration (OSHA) in November issued a rule requiring all employers with 100 or more employees to ensure their staff are fully vaccinated or produce a negative COVID-19 test once a week and wear a face covering.

The requirement, which will apply to over 80 million workers, was blocked in early November by a federal appeals court for the duration of the legal proceedings. The U.S. government is seeking a review of that decision.

The Centers for Medicare & Medicaid Services (CMS) said in early November it would require COVID-19 vaccinations for workers in most healthcare facilities that receive Medicare or Medicaid reimbursement, from hospitals to home health agencies.

This requirement would apply to over 17 million healthcare workers, who would have to get an initial shot by Dec. 6 and a second dose by Jan. 4. Rulings in late November by federal judges in Louisiana and St. Louis blocked the requirement nationwide.

The government has asked a federal appeals court to revive the mandate.

President Joe Biden issued an executive order in September that requires federal contracts to include clauses mandating contractors get their employees vaccinated against COVID-19, which could potentially affect millions of workers.

A federal judge in Georgia on Dec. 7 temporarily blocked the administration from enforcing the rule nationwide.

Biden issued an executive order in September requiring federal employees to get vaccinated by Nov. 22 against COVID-19 to ensure the safety and efficiency of the civil service, and 96.5% of federal workers were considered in compliance.

At least 17 lawsuits challenged the order and no judge granted a request to temporarily block the rule, generally because they determined the government could mandate a vaccine when acting as an employer. 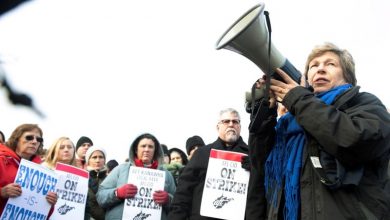 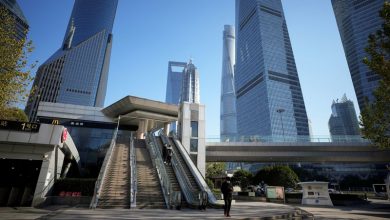 Explainer: How does a leadership challenge to UK PM Boris Johnson work? 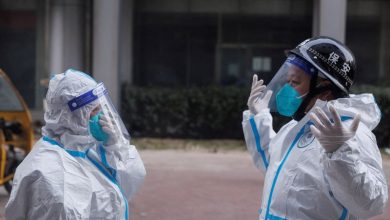