A relief rally lifted most markets around the globe for the trading week through Friday, June 24, based on a set of ETF proxies. The question is whether the recovery is sustainable or just a bounce within an ongoing bear market for risk assets?

The strongest performer for the major asset classes last week: US real estate investment trusts (REITs). Vanguard Real Estate (VNQ) surged nearly 7%. Despite the stellar weekly gain, it’s not obvious that the fund’s correction is over. A key risk factor to watch: expectations for additional rate hikes by the Federal Reserve, which will make bond yields more competitive with payouts from REITs.

Fed funds futures are pricing in a 90%-plus probability that the central bank will lift its target rate another 75 basis points at next month’s FOMC policy meeting (July 27). If accurate, the outlook implies that interest-rate sensitive investments such as REITs will remain under pressure.

A big question that markets are grappling with: How far and how long will the Fed hike rates? Unclear, as Fed Chair Jerome Powell admitted last week.

“The disinflationary forces of the last quarter-century have been replaced, at least temporarily, by a whole different set of forces,” Powell said in testimony to Congress. “The real question is: How long will this new set of forces be sustained? We can’t know that. But in the meantime, our job is to find maximum employment and price stability in this new economy.”

Last week, at least, offered a reprieve in terms of asset pricing with most of the major asset classes posting gains. The main exception: commodities. For a second straight week, WisdomTree Commodity Index (GCC) posted a sharp loss as investors fret over the potential fallout from demand destruction on the global economy’s appetite for raw materials amid forecasts of slowing economic growth and possibly recession in the near future. 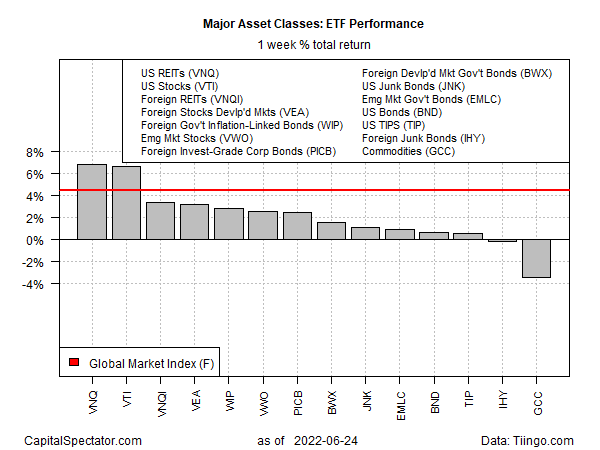 For the one-year trailing period, commodities remain the only winner. Despite recent losses, GCC is still posting a strong one-year return of 20%-plus – a gain that contrasts with losses for the rest of the major asset classes. 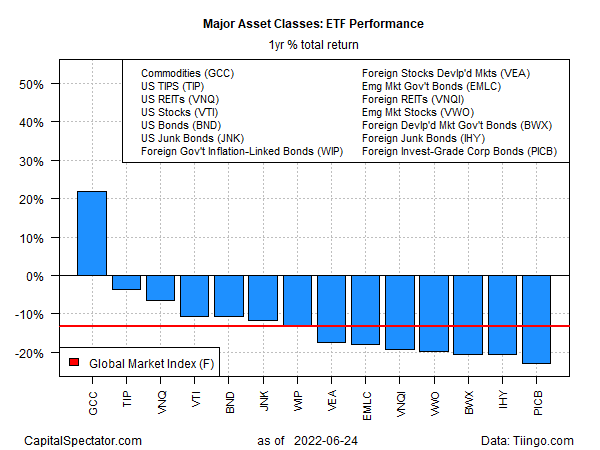 Profiling the ETFs listed above via drawdown shows that nearly all the funds are posting peak-to-trough declines of -10% or deeper. The exception: a relatively mild -8.3% drawdown for iShares TIPS Bond (TIP). At the far end of the curve: emerging markets bonds (EMLC) with a near-30% drawdown. 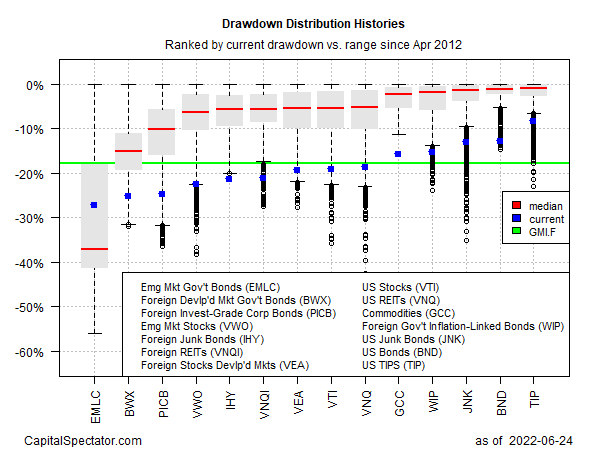 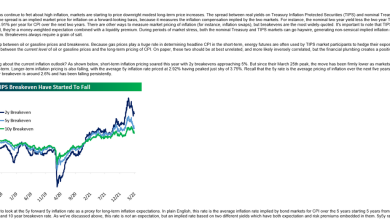 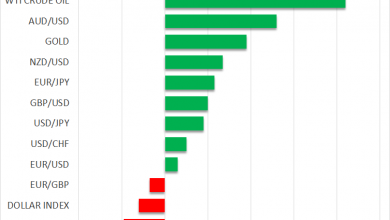 Do You Have An Investment Drawbridge? Here’s How To Build Your Own 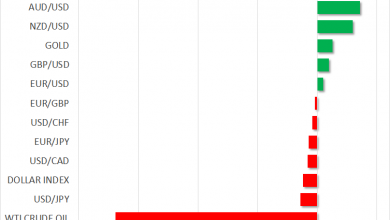 Stocks rebound as gloom eases, oil and dollar pull back