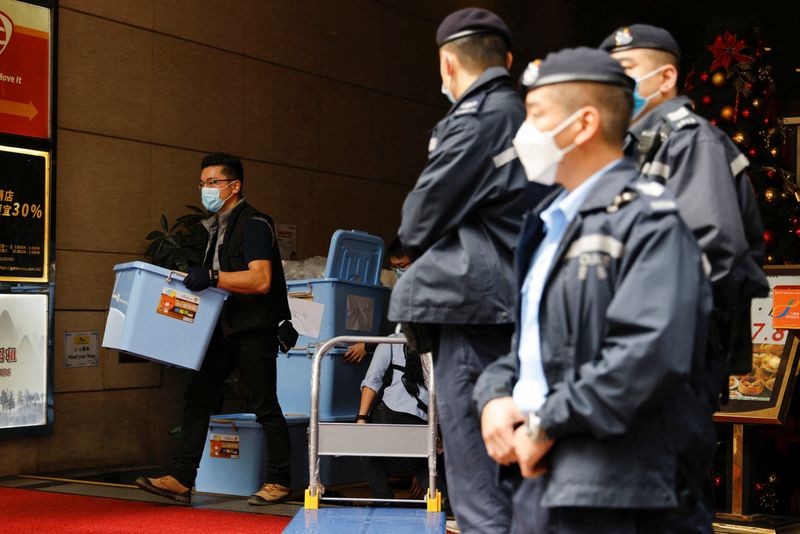 A police officer collects a box of evidence after a search at the office of Stand News, after six people were arrested “for conspiracy to publish seditious publication” according to Hong Kong’s Police National Security Department, in Hong Kong, China, Dec

SHANGHAI (Reuters) – The police raid on Hong Kong media organisation Stand News this week was “completely lawful and beyond reproach”, said a spokesperson with the Chinese embassy in Britain, hitting back at foreign criticism of the move.

The embassy spokesperson was responding to comments by Amanda Milling, British minister of state for Asia, who said on Twitter (NYSE:TWTR) that the actions “further erode freedom of speech in Hong Kong”.

“The rights and interests of Hong Kong residents, including freedom of speech and freedom of the press, are safeguarded in accordance with the law,” China’s embassy said late on Thursday.

“The Chinese side once again urges the UK to right its wrongs and stop interfering in any form in Hong Kong affairs, which are China’s internal affairs,” the spokesperson added.

Two former senior editors of Stand News were charged with conspiring to publish seditious materials and denied bail by a court on Thursday, a day after a police raid on the pro-democracy media organisation that prompted its closure.

About 200 officers raided the online publication’s office, froze its assets and arrested seven current and former senior editors and former board members on Wednesday.

But the official Communist Party newspaper, the People’s Daily, said in an editorial on Friday that “freedom of the press” was being used as an excuse to sow “anti-China chaos” in Hong Kong. It accused foreign politicians of “recklessly discrediting” Hong Kong police.

“Under the cloak of a media organisation, Stand News is essentially a political organisation through and through,” it said.

“Freedom has a bottom line, and violations of the law must be punished.” 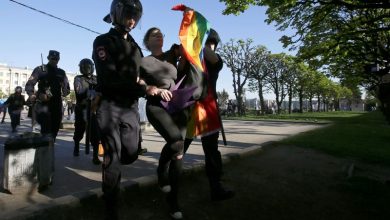 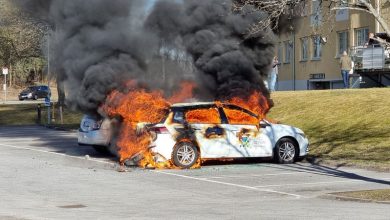 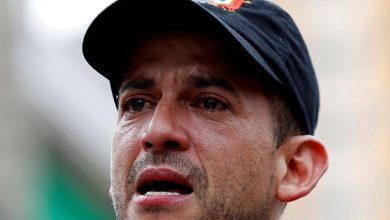 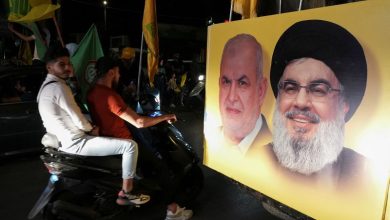