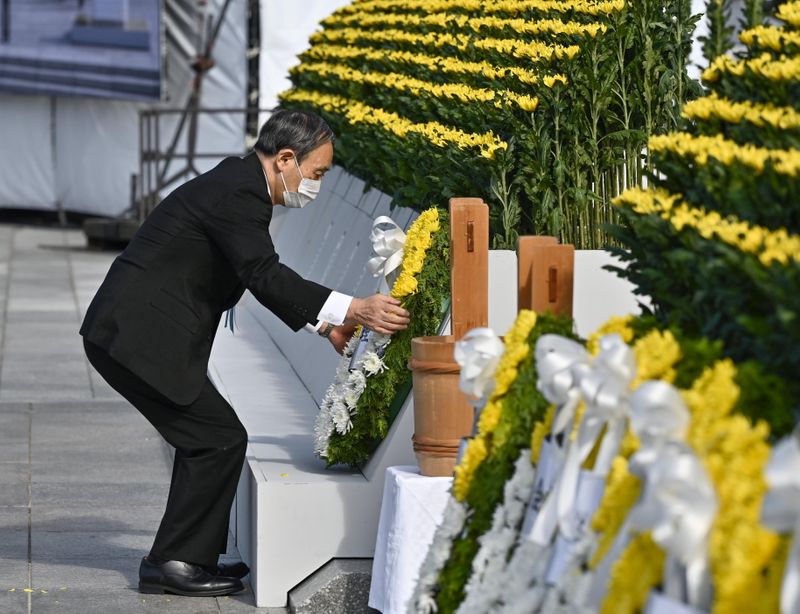 TOKYO (Reuters) -Japanese Prime Minister Yoshihide Suga apologised on Friday for accidentally skipping parts of a speech in Hiroshima to mark the anniversary of the atomic bombing of the city 76 years ago.

Media reports said he had skipped over a page, and that the mistake was noticed as public broadcaster NHK stopped displaying subtitles during his speech at the anniversary ceremony.

The error attracted attention because of the solemnity of the event, held each year to remember those who died from the blast. Suga is already under pressure from critics for going ahead with the Olympics amid a surge in COVID-19 infections.

“I want to take this occasion to apologise for having skipped some parts of my speech at the ceremony,” Suga said at a news conference held after the ceremony.

The skipped parts included Japan being the only nation to have suffered an atomic bombing and its mission to achieve a world free of nuclear weapons, according to Kyodo News.

Suga reiterated during the news conference that the government doesn’t believe hosting the Tokyo Olympics is contributing to the recent increase in COVID-19 infections.

The government will also discuss with Olympics organisers on the issue of Paralympic spectators after the close of the Olympics, he added.

The Olympics are scheduled to end on Aug. 8, with the Paralympics slated to start on Aug. 24. 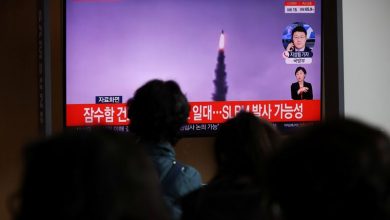 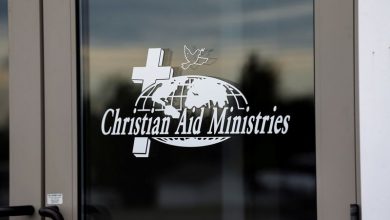 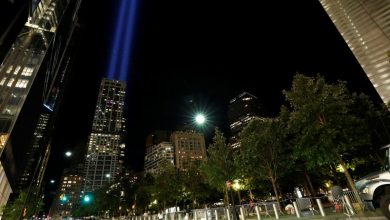 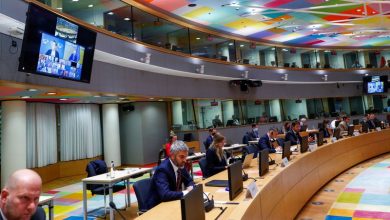 EU says will work with Taliban only if rights are respected