July was a good month for stocks—but the good news was nuanced. 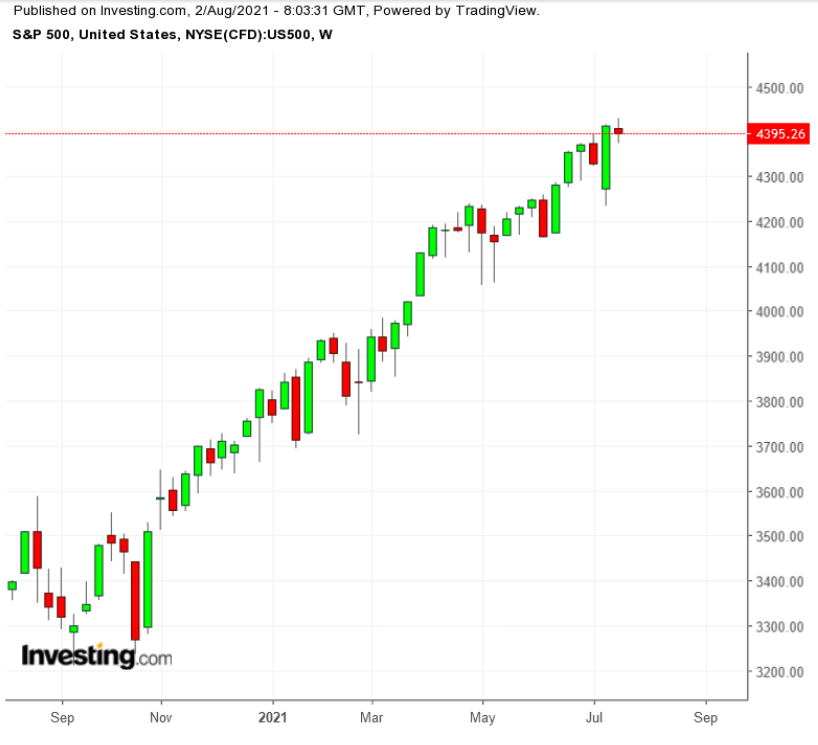 Additional good news, though nuanced as we’ve said: basically, the rally that erupted in late March 2020 as investors bet that COVID would be brought under control, is still in place. The S&P 500 is up more than 100% from the March 2020 bottom, with the NASDAQ up 121.3%. The Dow is up 92%.

So, yes, July seems to confirm that stocks are headed for a very good year in 2021. And they also are, so far, producing mostly better-than-expected earnings compared with a year ago. Companies are also boosting dividends and share buybacks.

And investors around the world want in. They spent $900 billion investing in mutual funds and exchange-traded funds in the first half of this year, The Wall Street Journal reported last week.

July produced seven record closes for the S&P 500, according to Standard & Poor’s, but the very end of the month saw some modest selling as uncertainties crept into the picture. Those include:

It is not clear if these issues will evolve into something that could break the big rally. But investors should be aware they’re hovering.

It’s been true for some time that many stocks are pricey, especially tech shares on the NASDAQ 100 Index, and have been vulnerable to quick bouts of selling when bad news hits.

COVID is probably the biggest worry, but it is not clear if these issues will evolve into something that could break the rally. Still, investors should be aware of what’s afoot.

In addition, the rally is getting older and depends on gains from a narrower roster of stocks, especially with market capitalizations of $1 trillion or more that overwhelm what’s going on with other stocks. These include:

Investors may have some time to think about all this. August is often a quiet month as many traders go on vacation. In the last 20 years, the major averages have been flat or slightly lower during the month.

After COVID, the worry is inflation and the potential impact on interest rates. Rising rates could push stock and bond yields lower and choke off the economic recovery.

Other Drivers: Fed And Rates; US Economic Recovery; Commodity Prices

Oil prices are roughly up 50% this year. Retail gasoline prices are up more than 41%. 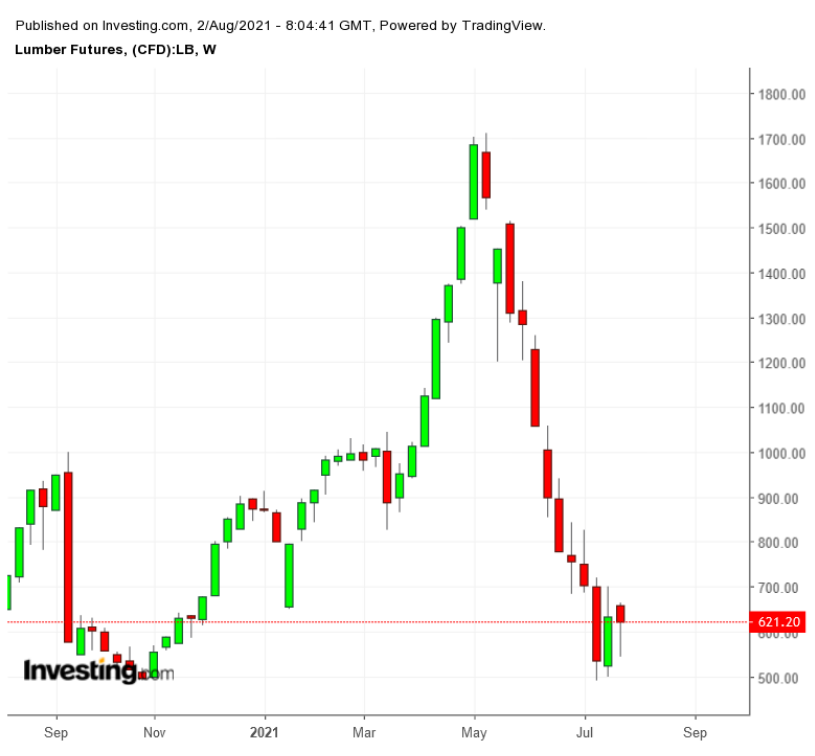 Lumber prices doubled in the first half of the year because of supply shortages. But the fever has broken, and prices are by more than 50%. The composite lumber price on lumber-pricing service Random Lengths has fallen about two thirds from its peak of $1,514 per thousand board feet in May.

The Federal Reserve, which controls interest rates, insists the price pressures will die down and doesn’t plan to move rates for now. So far, bond investors are standing with the Fed. The widely followed 10-year Treasury yield ended the month at 1.226% after reaching 1.74% on Mar. 31. One reason rates are holding steady is that U.S. rates are attractive to foreign investors, many of whom face lower or negative rates via their home country’s sovereign bonds.

Plus the U.S. economy has been stronger than many other economies, an added boost for U.S. stocks. The S&P Global Broad Market Index rose 0.32% in July, mostly thanks to the U.S. market’s 1.68% gain, according to S&P analyst Howard Silverblatt.

A better picture of the U.S. economy should appear this week with the release of reports on factory orders, orders for non-manufacturing and two widely watched reports on jobs.

The first is Wednesday’s ADP report on private employment and the Labor Department’s monthly reports on Nonfarm Payrolls and unemployment, due Friday. Wall Street is expecting the payroll report to show 950,000 new jobs in July, with the unemployment rate falling to 5.7% from June’s 5.9% reported rate. 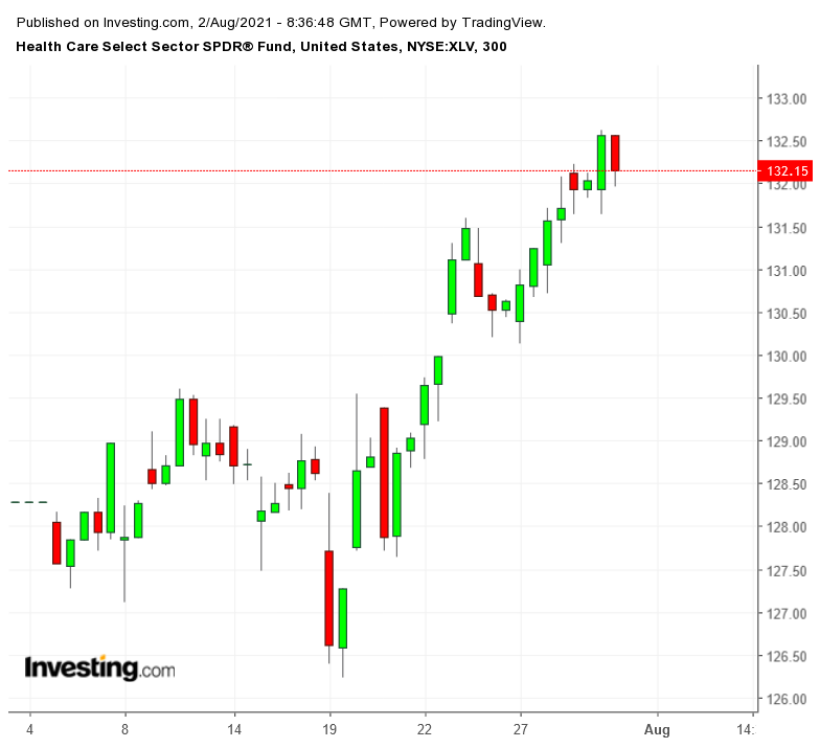 The top four are leisure and travel companies vulnerable to the pandemic; the fifth is an oil-and-gas producer. 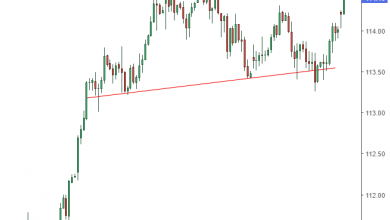 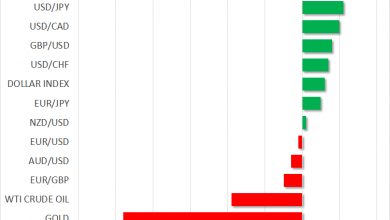 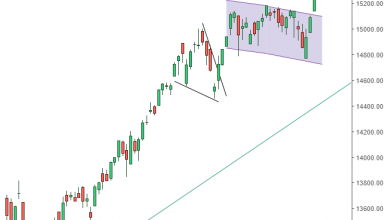 Week Ahead: As Worst Month For Stocks Nears, Expect Volatility, Adding To Worries 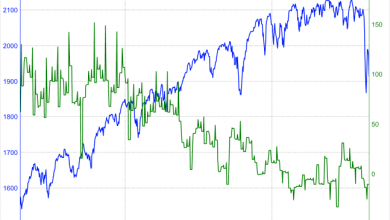