The USDX and the precious metals market are like reverse images. Thus, it’s possible to guess what gold and silver will do as the dollar gallops up.

Miners and silver declined in a truly epic manner, and yes, the same is likely to take place in the following months, as markets wake up to the reality, which is that the USD Indexand real interest rates are going up. 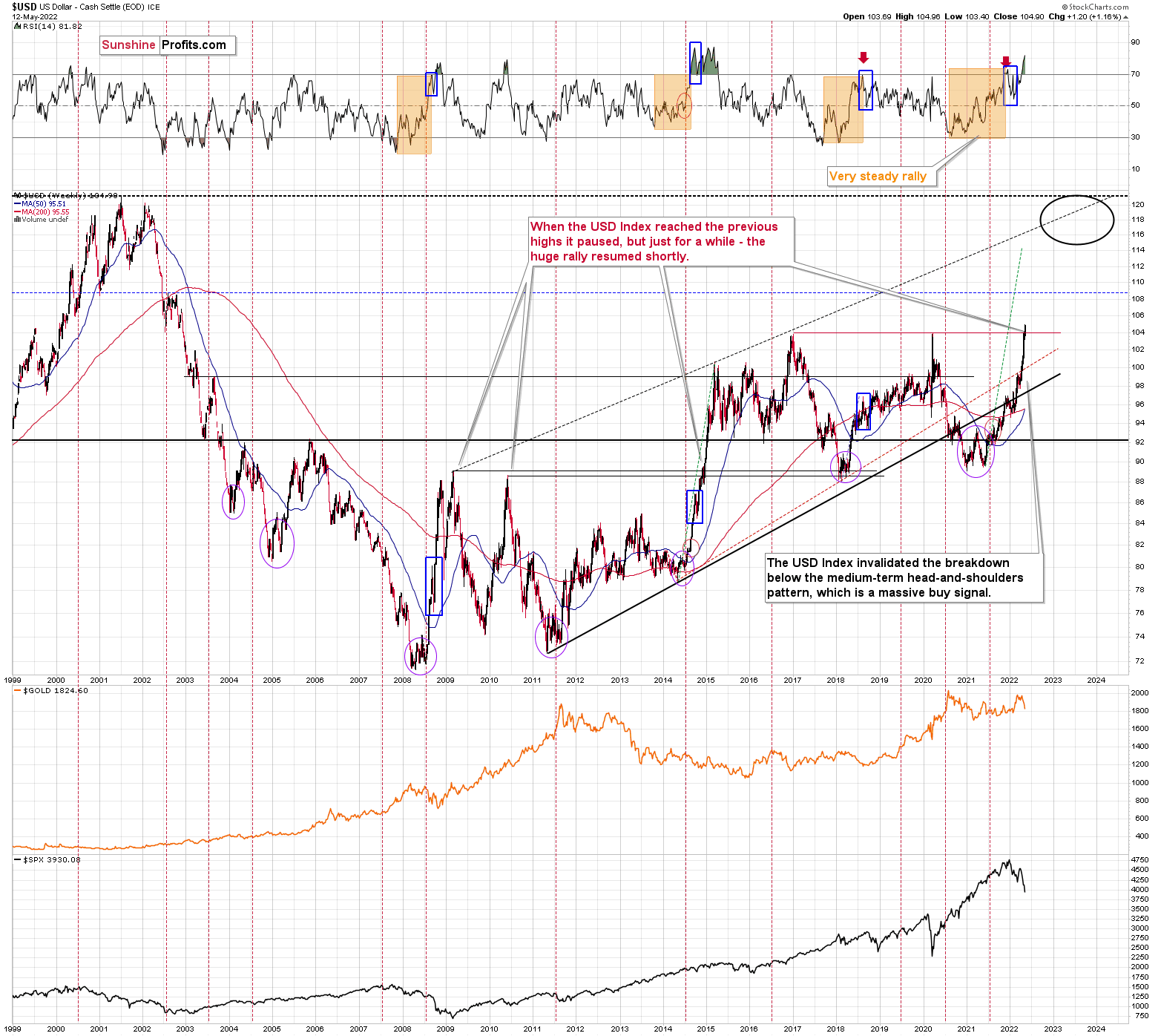 Speaking of the USD Index, after invalidating the breakout below the multi-year head-and-shoulders pattern, the USDX was poised to soar, just like I’ve been expecting it to do for more than a year, and that’s exactly what it did.

The RSI is currently above 70, but since the USDX is in a medium-term rally and is already after a visible correction, it can rally further. Please note that we saw the same thing in 2008 and 2014. I marked the corrections with blue rectangles.

Still, the USD Index is now practically right at its next strong resistance – at about 104.

I previously wrote the following about this target: 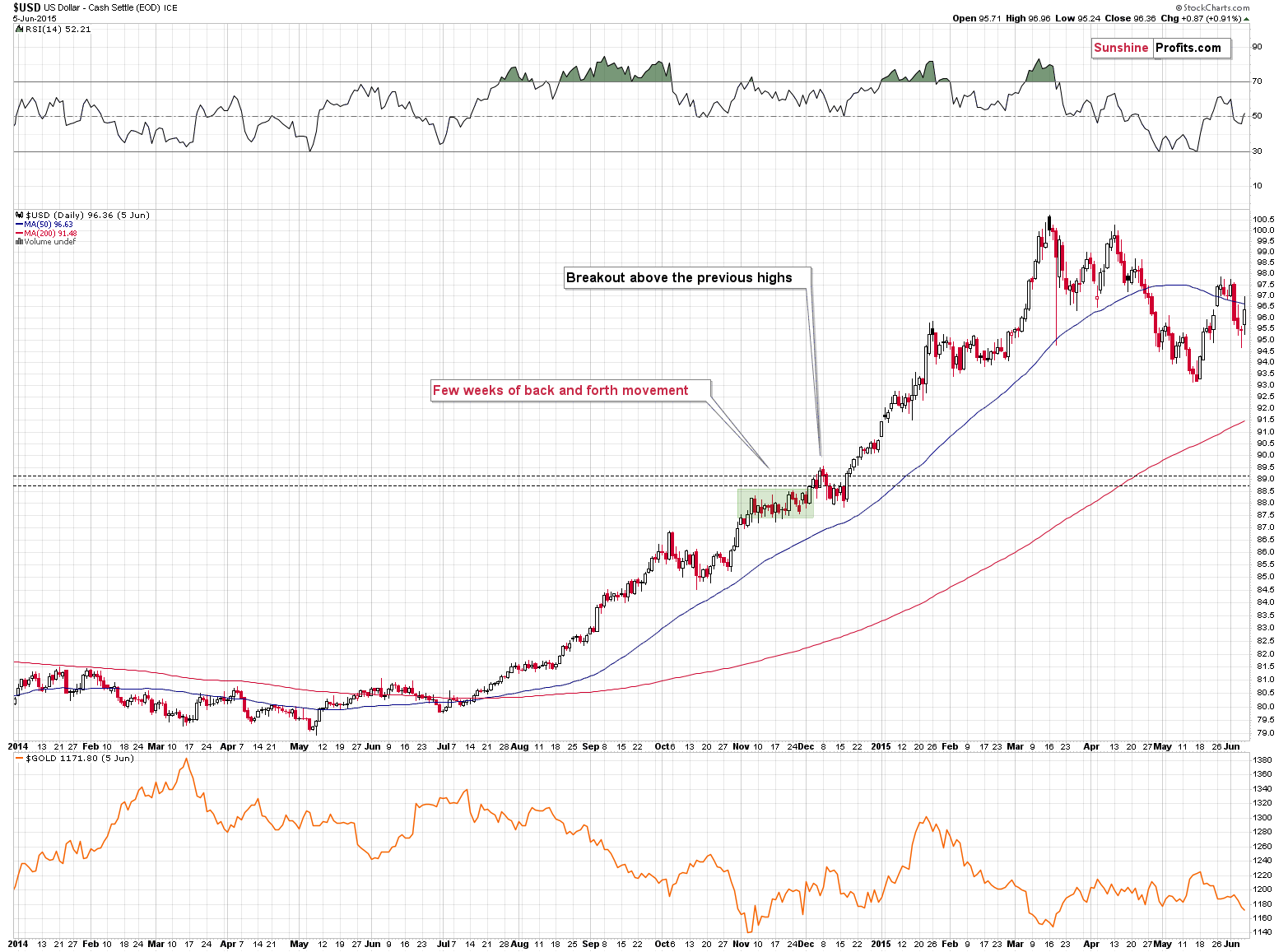 I previously wrote the following:

That’s exactly what happened recently. Yesterday, the USD Index moved to 104.96, which is in perfect tune with what I wrote above. Consequently, it seems that we could now see a move to about 103-103.5, after which USD’s rally could continue.

The opposite is likely to take place in the precious metals sector. Gold, silver and mining stocks are likely to rally in the near term, and then – after topping at higher levels – their decline would continue. 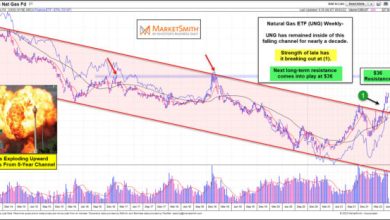 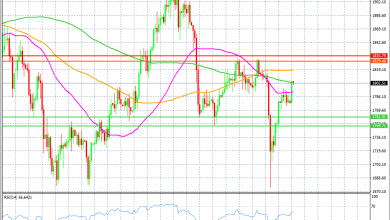 What’s Going On With Gold? 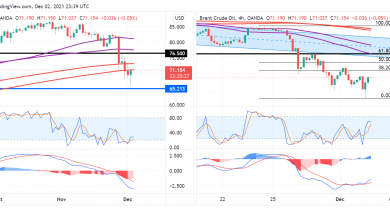