The recent slump in NVIDIA’s (NASDAQ:NVDA) stock price shows that investors are no longer excited about the semiconductor giant’s impressive financial performance. The Santa Clara, California-based company’s stock has lost 42% of value year-to-date, closing Monday at $168.98. 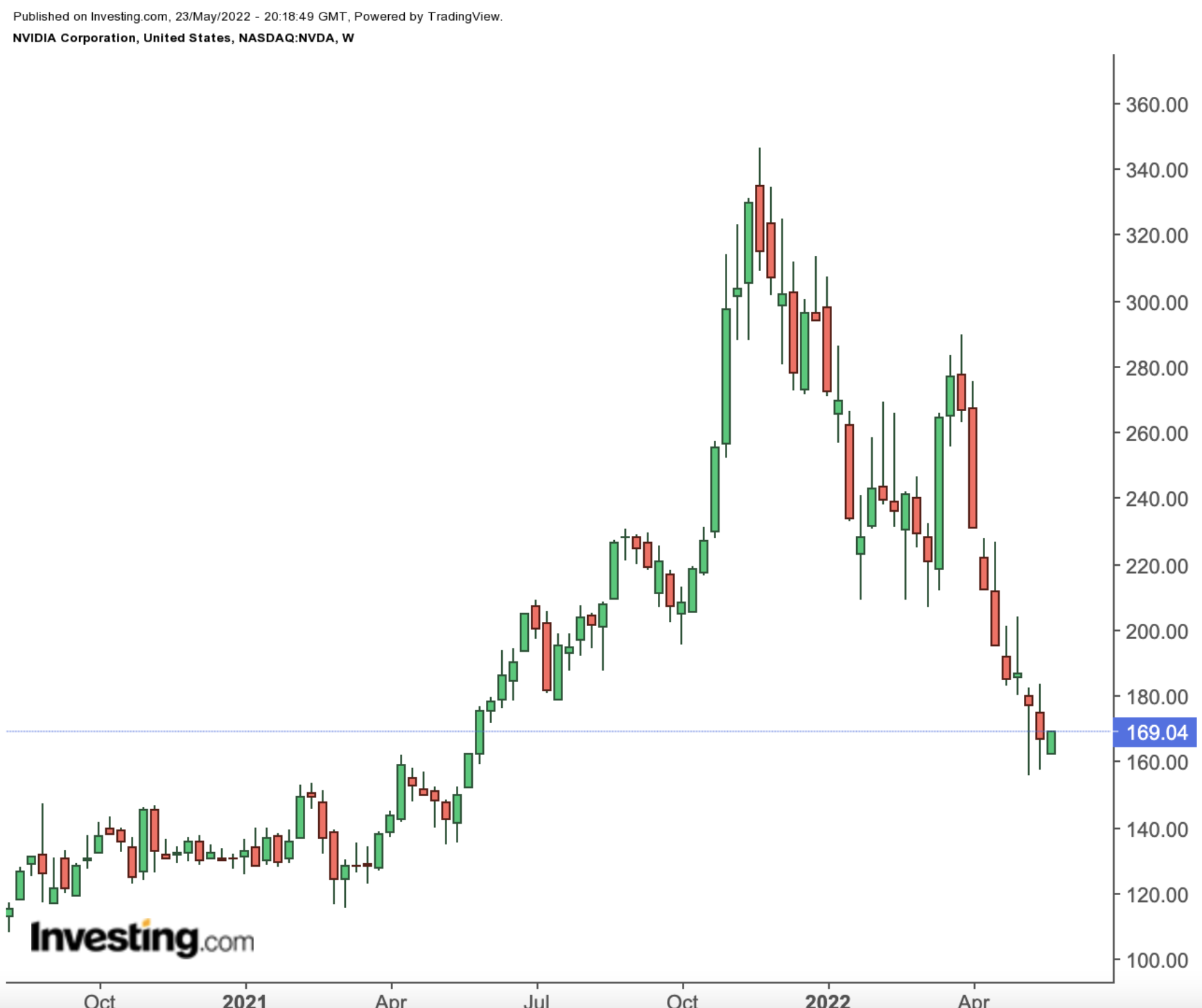 After years of pent-up demand for graphic processors and rising semiconductor prices, investors are now beginning to take into account that a toxic combination of surging inflation, higher interest rates, and economic stagnation could jeopardize the growth trajectory of the US’s most-valued chip company.

Recessionary cycles are particularly harsh on chipmakers, as reduced economic growth hurts overall demand for semiconductors used in various sectors of the economy, including cars, computers, and factory equipment.

Furthermore, these producers tend to quickly build up inventories during such periods, taking years to clear out, thereby pressuring their earnings yet further.

Due to these concerns, the Philadelphia Semiconductor Index (SOX), has lost 26.6% this year. The sharp decline—which has wiped out more than $750 billion in market value—comes after the index gained at least 40% in each of the past three years.

Besides macroeconomic headwinds, some weak spots in the company’s most recent earnings report should persist in the current quarter.

First of all, NVIDIA’s chip sales to automakers lagged expectations. Furthermore, Wednesday’s report may also show a $1.36-billion write-off due to its failed attempt to acquire British semiconductor and software design firm ARM, a deal that faced global regulatory opposition.

In a recent note, Morgan Stanley said it has concerns about a deceleration in gaming. Its note added:

“NVDA remains one of the best growth names in the semis space, carving out a strong, differentiated cloud AI/ML business and leading position in gaming. That said, we are concerned about a deceleration in gaming and high valuation vs. peers, which keeps the bar raised and multiple at risk.”

Another strong report from NVDA could shift the focus back to fundamentals, as companies from mobile-phone makers to car producers continue struggling to source enough chips for their products.

In a poll of 44 analysts conducted by Investing.com, 35 gave the stock an “outperform” rating with a consensus 12-month price target of $318, implying an 88.3% upside potential from the current market price. 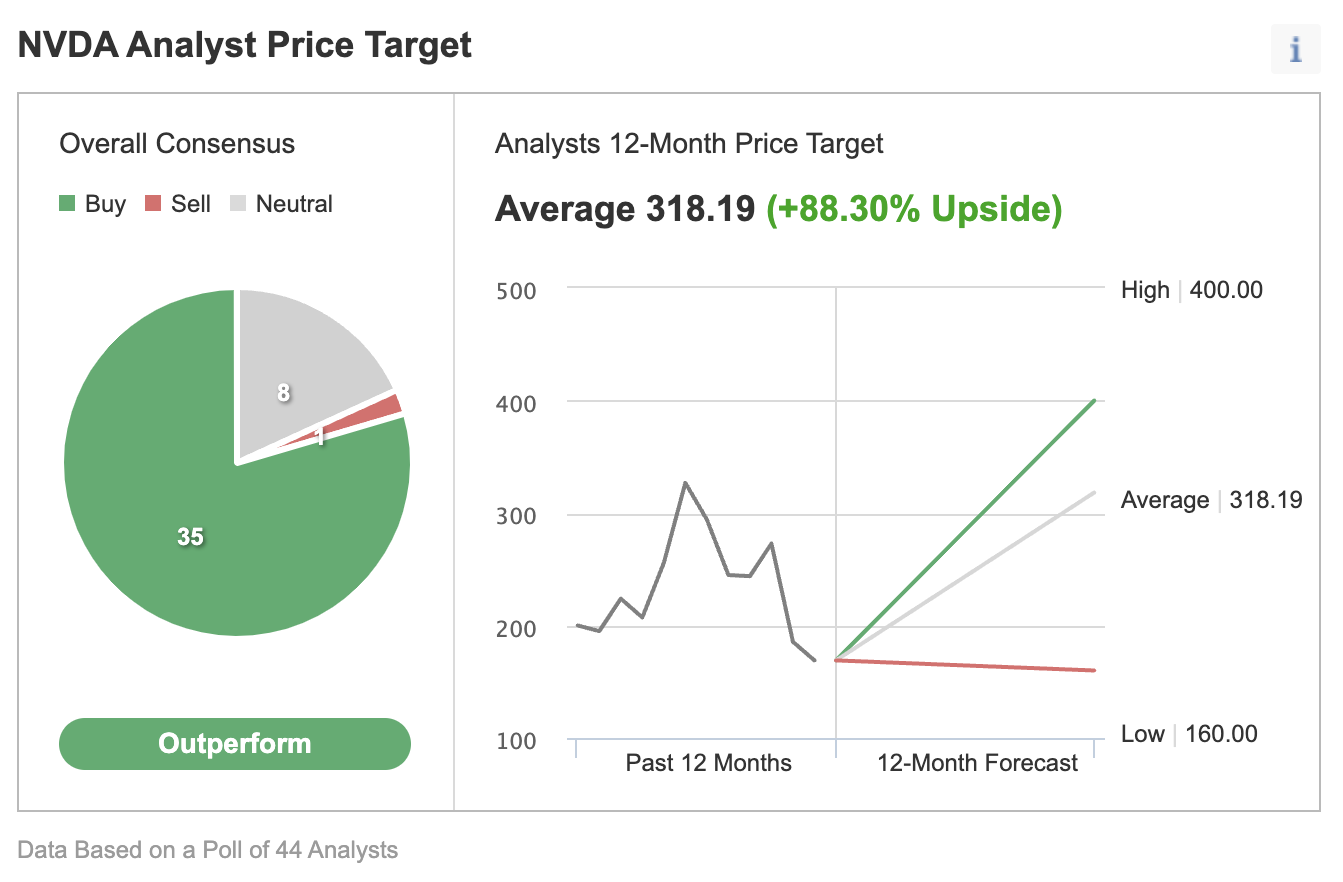 In a note to clients yesterday, UBS reiterated NVDA as a buy. Its note said:

“We expect another strong set of results and see guidance biased higher again on the back of data center strength and gaming unlikely to fall off quite enough yet to create the risk to numbers that many investors fear.”

NVIDIA’s earnings report tomorrow may show its growth is still strong due to a huge pent-up demand for chips in the post-pandemic environment. But investors will be keener to look for any signs of weakness when the economic headwinds are gathering pace. 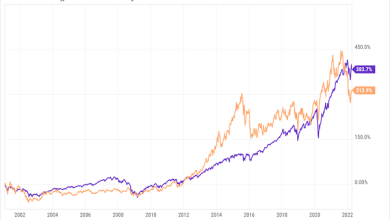 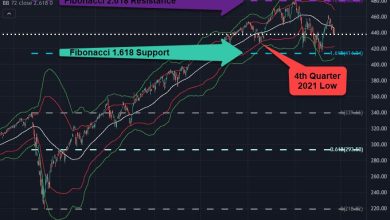 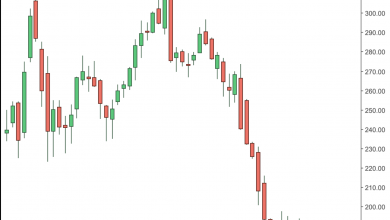 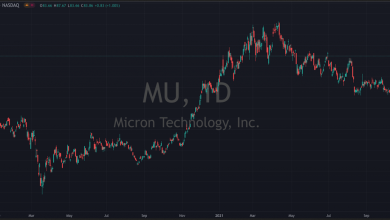 Micron Rallies Against The Grain