Despite European and Asian shares selling off on Monday—after a slump in US markets on Friday—futures on the Dow Jones, S&P 500, NASDAQ and Russell 2000 all advanced this morning. It seems inflation is no longer a major concern for traders. Markets are now focusing on Wednesday’s interest rate decision from the US Federal Reserve as investors are keen to get insight into the pace of upcoming interest rate hikes.

Oil slipped as markets await the US central bank, plus additional EU sanctions on imports of Russian oil.

On Friday, US stocks suffered some of their worst selloffs in quite some time. The S&P 500 fell the most in a single day since June 2020. The broad benchmark posted its poorest monthly performance in April since the outbreak of the coronavirus in March of 2020. The NASDAQ also lost the most in a single month since 2008.

On Monday, contracts on the NASDAQ 100 and S&P are leading the move higher while those on the Dow Jones are lagging slightly. This may support the view that inflation is slowing as an outlook for higher interest rates tends to cause a sell-off in growth stocks and a move into value.

After a miserable April, the NASDAQ 100 is now over 22% below its Nov. 19 record while the Dow is only 10% below its Jan. 4 record, making the tech index a relative bargain. However, comparing one index to another within a vacuum does not provide the full picture. As long as inflation and interest rates are rising, investors are likely to continue selling technology stocks, regardless of the fact the NASDAQ index has already entered bear market territory. The Dow meanwhile is merely in correction mode.

Ironically, while US futures rise, European stocks are sliding after Friday’s Wall Street rout. Still, perhaps the reason for this is that bulls think US shares are now at better price points whereas European stocks need to become cheaper before risking a long position.

However, the European benchmark rebounded, paring more than half of its fall. 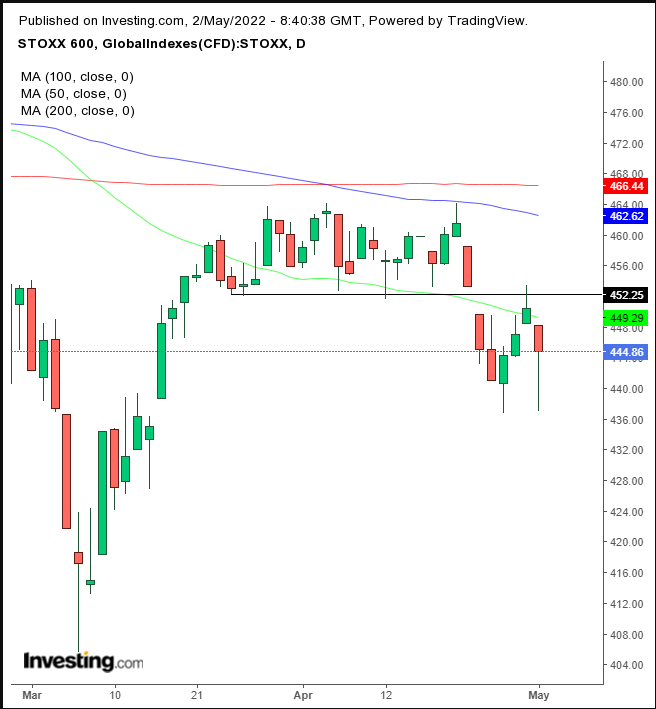 The Europe-wide gauge ended a three-day advance and may have completed a small Evening Star, confirming the resistance of a top after violating the 50 DMA. An Evening Star is a three-day pattern demonstrating that an initial bullish attempt, manifested by a rising gap, was full of hot hair, as bears triggered a falling gap in the same spot.

Asia-Pacific stocks sold off on China’s factory lockdown crunch. Australia’s ASX 200 tumbled 1.2%, leading regional stocks lower. Technology shares took the brunt of the fall. Local traders await a central bank policy meeting, in which the Reserve Bank of Australia is forecast to raise interest rates on Tuesday. Although it has recovered, the Aussie dollar fell earlier, for the third straight day, and hit its lowest level since Jan. 28.

Treasury yields on the 10-year note moved higher and the dollar rebounded, paring half of Friday’s decline.

Bulls are retesting the resistance of a Bearish Engulfing pattern, which occurs when a long red candle opens higher but closes below a preceding long green candle. The pattern reflects that bulls showed their cards, and bears had the more substantial hand.

The bearish resistance follows a winning streak for six consecutive days. The RSI is falling from the most oversold condition of 83.5, the highest on the chart, showing data since January 2018. The dollar could use a correction after reaching its highest level since 2002. The price of the yellow metal continues to struggle between the bottom of a triangle and the support of the Nov. 16 high. Whichever wins will likely dominate the direction of the next move.

Bitcoin climbed for the second day. 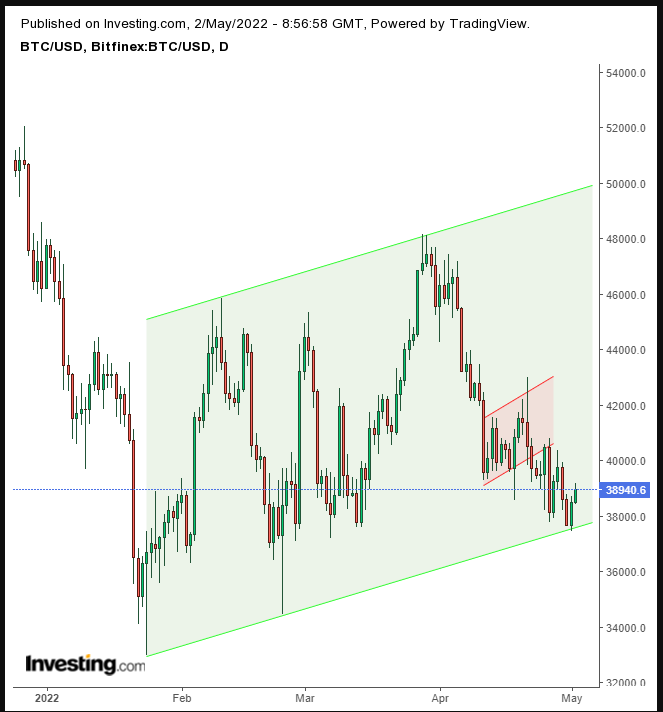 The price jumped off the bottom of a rising channel and will challenge a bearish flag.

Oil fell as the market continues to seek direction. The EU is about to propose a ban on importing Russian crude into Europe by the end of the year which should boost the price. 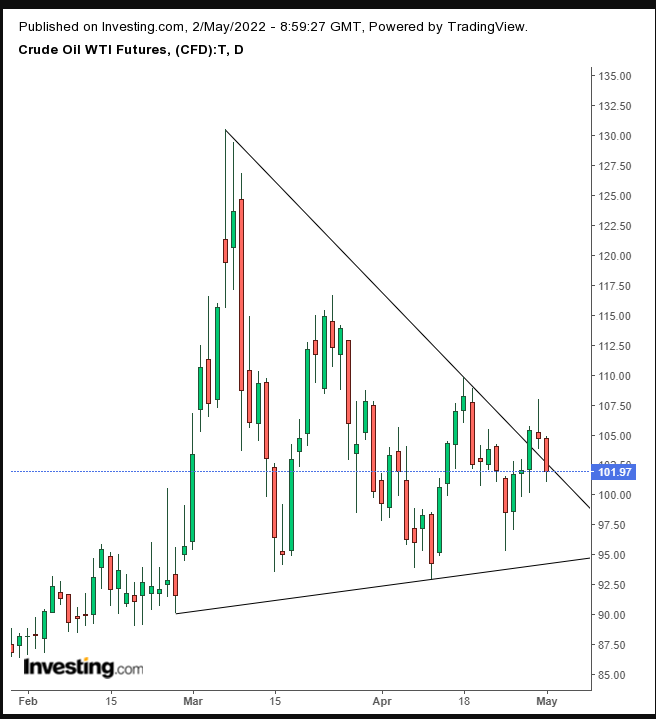 WTI fell back into a triangle, perhaps as a return move. If the pattern supports this price, it will make sense as any uncertainty and upheaval in the energy market should boost prices, not let them fall. 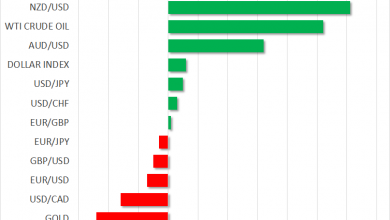 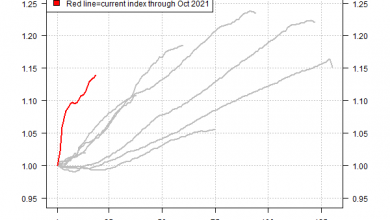 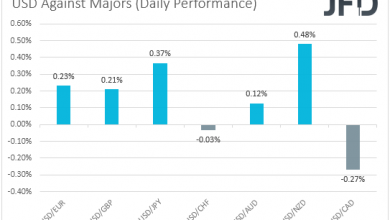