The British pound is sharply lower at the start of the week. In the European session, GBP/USD is trading at 1.2739, down 0.77% on the day.

The week ended with soft British data, and the pound took it on the chin, sliding 1.44% on Friday.

Retail sales fell by 1.4% in March, following a -0.5% release in February. High inflation, which hit 7% in March, has dampened consumer spending and is putting a huge strain on household incomes. BoE Governor Bailey recently acknowledged the negative impact inflation is having, saying that real incomes would suffer a “historic shock”. The UK economy has almost completely recovered from the pandemic, but there are dark clouds hovering; namely, soaring energy prices and the specter of stagflation.

The BoE has raised interest rates three consecutive times, but this hasn’t slowed down inflation. The Bank says the Ukraine war could push inflation as high as 8% in Q2 and even higher in the third quarter. It seems that double-digit inflation is a real possibility later this year, which would truly be a nightmare scenario for the central bank.

As well, UK Services PMI underperformed. The index slowed to 58.3 in March, down from 62.6 prior and shy of the consensus of 59.9. The PMI survey found that the cost of living crisis and the war in Ukraine were the main reasons for the slowdown.

Across the pond, hawkish talk from the Federal Reserve late in the week propelled the US dollar higher and added to the misery of the British pound. On Thursday, Fed Governor Powell hinted at a half-point rate hike in May, and Fed member Mester said on Friday that she favored one or more half-point hikes in order to boost the fed funds rate to 2.5% by the end of the year. The Fed is sending clear signals that it plans to move quickly on rate hikes, in order to contain surging inflation. 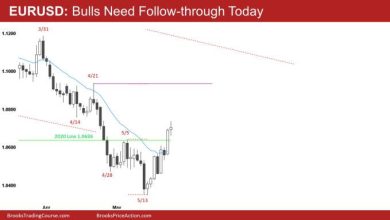 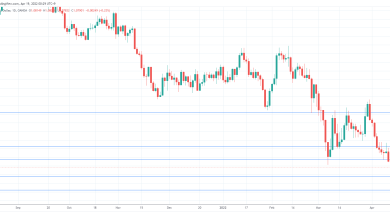 More Woes Ahead For The Euro? 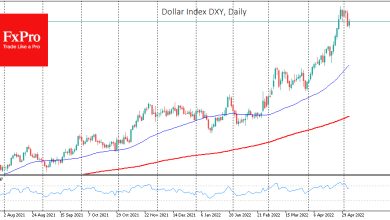 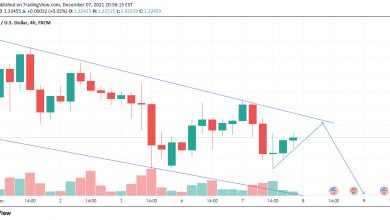