President Joe Biden called on Congress to pass legislation that would create a federal tax holiday on gas and diesel fuel for only three months. Everyone had expected that the tax holiday would last at least until the end of the current year. This action will hardly bring any results in such a short period. The federal tax for gasoline totals just 18 cents off a gallon, whereas the average price exceeds $5 per gallon.

The president also asked states’ authorities to introduce a tax holiday. In addition, he called on Congress to avoid cuts in the Federal Highway Trust Fund. The fact is that the fuel tax is used to support the construction and repairing of roads. Although the US federal government’s budget deficit has almost hit $1.6 trillion, the government will still have to increase funding by falling deeper into debt. In other words, Joe Biden’s appeal disappointed markets.

Such measures are unlikely to prop up the economy or curb inflation, but they will enlarge the budget deficit. However, Congress has not answered the request yet as they are considering it. Nevertheless, the request is likely to be accepted since the US will hold Congress and Senate elections in November. Against the backdrop, the US dollar slumped.

During the European session, the pound sterling is expected to decline amid preliminary data on business activity. Thus, the manufacturing PMI may slide to 54.2 points from 54.6 points. The services PMI is foreseen to decrease to 52.8 points from 53.4 points. As a result, the composite PMI may decline to 52.3 points from 53.1 points.

However, the market may return to the levels recorded early today at the beginning of the US trade. The fact is that US business activity may also fall. The manufacturing PMI is expected to shrink to 56.0 points from 57.0 points. The services PMI may drop to 53.0 points from 53.4 points, whereas composite PMI may slide to 52.8 points from 53.6 points.

The pound/dollar pair showed high activity yesterday, thus adding 150 pips. As a result, the quote returned to the local high recorded on June 21, where the volume of long positions decreased.

In the short-term period, the RSI technical indicator entered the overbought area. Later, a decline proved this signal. On the four-hour chart, the indicator is moving near line 50, pointing to stagnation. Meanwhile, on the daily chart, it is in the lower area of 30/50, which reflects a downtrend.

On the four-hour chart, the Alligator’s moving averages have numerous intersections, thus indicating stagnation. On the daily, the moving averages are headed downward, which signals a downtrend.

Although there is a series of rapid impulses, the quote hovers within the range of 1.2150/1.2320. Such a market situation reflects traders’ uncertainty. Under the current conditions, it will be better to apply a breakout strategy.

In other words, buy orders could be initiated if the price consolidates above 1.2330 on the four-hour chart. Traders may consider short opportunities if the price settles below 1.2150 in the same time frame.

Regarding the complex indicator analysis, we see that technical indicators signal mixed opportunities in the short-term and intraday periods. At the moment, the indicators are pointing to a downward movement. In the mid-term period, they reflect a downtrend, providing a sell signal. 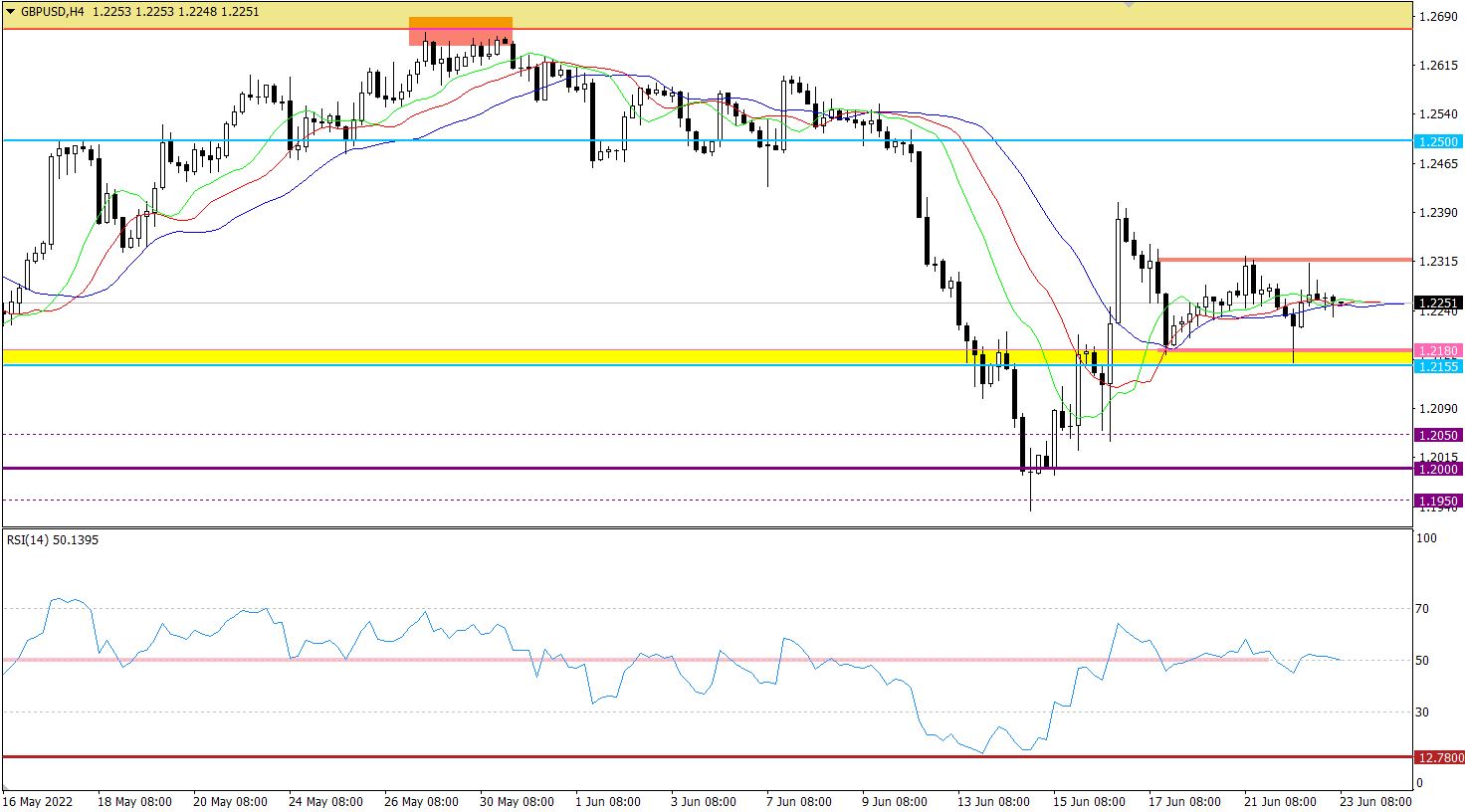 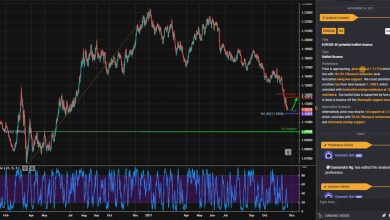 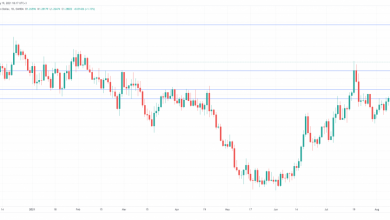 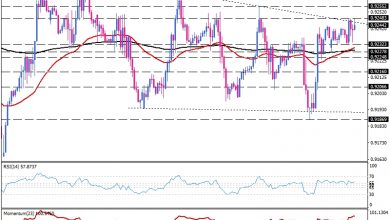 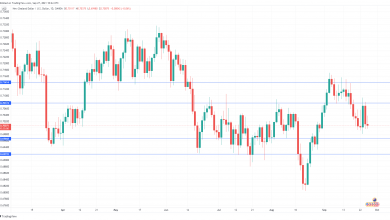