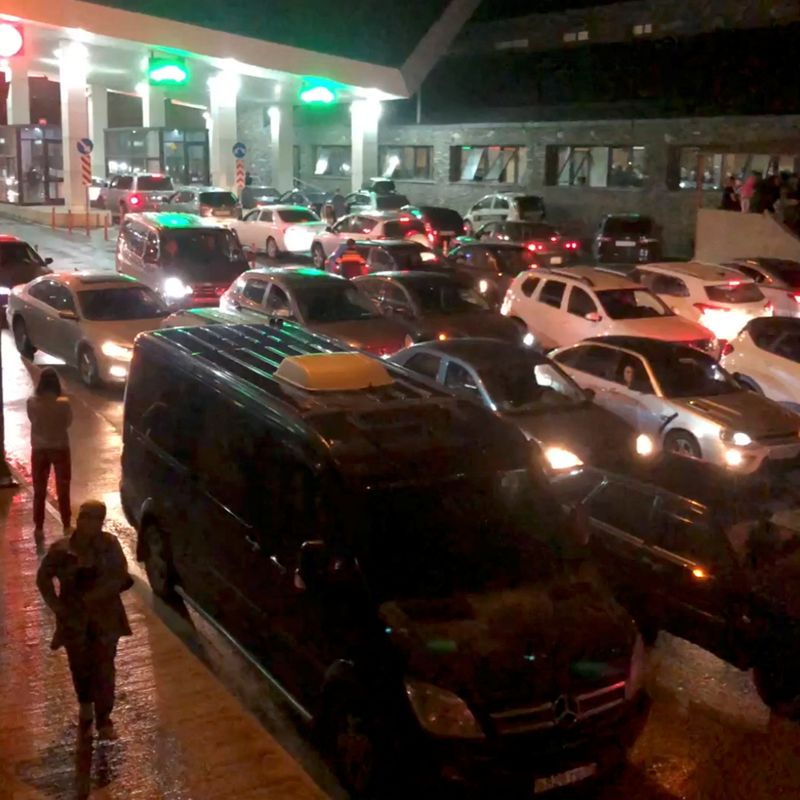 FILE PHOTO: A queue of cars is seen at the Zemo Larsi/Verkhny Lars checkpoint on the Russia-Georgia border, September 21, 2022, in this still image obtained from a video. RFE/RL’s Georgian Service/Handout via REUTERS 2/2

TBILISI (Reuters) – Russian men are fleeing into neighbouring Georgia to avoid being called-up to fight in a war they do not agree with following Russian President Vladimir Putin’s order to mobilise hundreds of thousands of reservists for the conflict in Ukraine.

At one point on Sunday, the estimated wait to enter Georgia hit 48 hours, with more than 3,000 vehicles queuing to cross the frontier, Russian state media reported, citing local officials.

The Georgian capital Tbilisi had already seen an influx of around 40,000 Russians since Moscow invaded Ukraine on Feb. 24, according to government statistics.

“When we found out about the mobilisation, we dropped everything at home and jumped in the car,” Dmitry Kuriliyunok told Reuters in Tbilisi.

Dmitry, his wife Irina and young daughter first drove across southern Russia from Krasnodar to Mineralnye Vody in the North Caucasus, a staging post for many crossing into Georgia. There, they hired a local driver to take them through the border checkpoints and after 24 hours they arrived in Tbilisi.

“We are completely against this war. For us, like for others, it’s scary. To die and to kill others, and for what? We don’t understand. Therefore, we decided to flee,” he said.

The exact number of people who have left Russia since Putin announced what he called a “partial mobilisation” last Wednesday is unclear. But an early picture is emerging of a substantial exodus.

Scenes such as those at the Russia-Georgia border have also taken place at crossings with Kazakhstan, Finland and Mongolia, which have all reported heavy queues. Russia has not closed its borders, and guards generally appeared to be letting people leave.

Flights departing Moscow for the few countries that maintain direct flights with Russia have either sold out or have only a handful of tickets available at astronomical prices.

Russians already in Tbilisi saw Putin’s mobilisation decree as further vindication of their decisions to flee.

“I came to Tbilisi about a month and a half ago because I didn’t support the military invasion of Ukraine,” said Ivan Streltsov, a reservist in Russia’s armed forces who could have been forcibly drafted had he been in Russia.

“I took part in protests when the military operation started. For us as activists things have become very difficult at this moment. In our own motherland, we are all being watched,” he said.

More than 200 men who were detained at anti-war protests in Moscow last week were issued draft summons, state media reported.

But the wave of new arrivals to Tbilisi also threatens to reignite simmering anti-Russian sentiment within Georgia – both among local people and the Russian emigrees already in the capital.

Buildings, shops, museums and parks across Tbilisi are still plastered with Ukrainian flags and pro-Kyiv messages, and graffiti telling Russians to “go home” or lambasting Putin is a common sight.

Local people resent the economic impact of tens of thousands of new arrivals on a city of just over one million, with apartment prices having rocketed over the last six months.

Some Russians, too, feel a sense of angst about the latest influx.

“They’ve been to protests (against mobilisation), but for the first seven months of this war, everything was normal and fine for them,” said Stas Gaivoronsky, a writer who owns a second-hand bookshop in Tbilisi.

“But now they’ve been caught up in it and are out protesting the war,” he said. 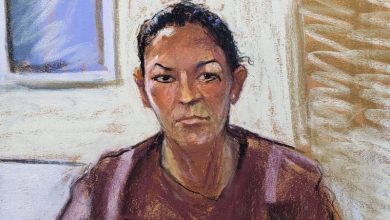 Ghislaine Maxwell to be sentenced on sex trafficking conviction 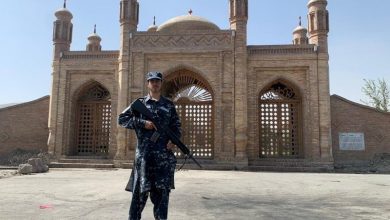 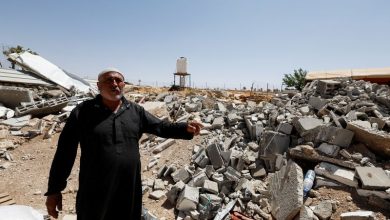 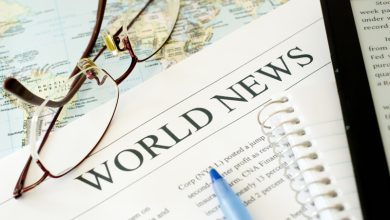