Stocks fell yesterday, closing right on our 4,440 level of support on the S&P 500. As noted earlier, it completed a gap fill from Aug. 20. But really, more importantly, perhaps, is that the index finished the day below the October 2020 uptrend. That could be a meaningful event because when trend lines break, new trends are formed, and that is a downtrend for now.

The biggest problem is the quadruple witching event that will take place this Friday and the FOMC meeting next week. This could result in traders opting not to sell volatility, especially into the FOMC meeting. That means we will not get the usual sharp rally in the market on pullbacks. In fact, the VIX hardly even moved today, basically finishing the day flat. Which I found to be interesting and do not have a great explanation for at this point. 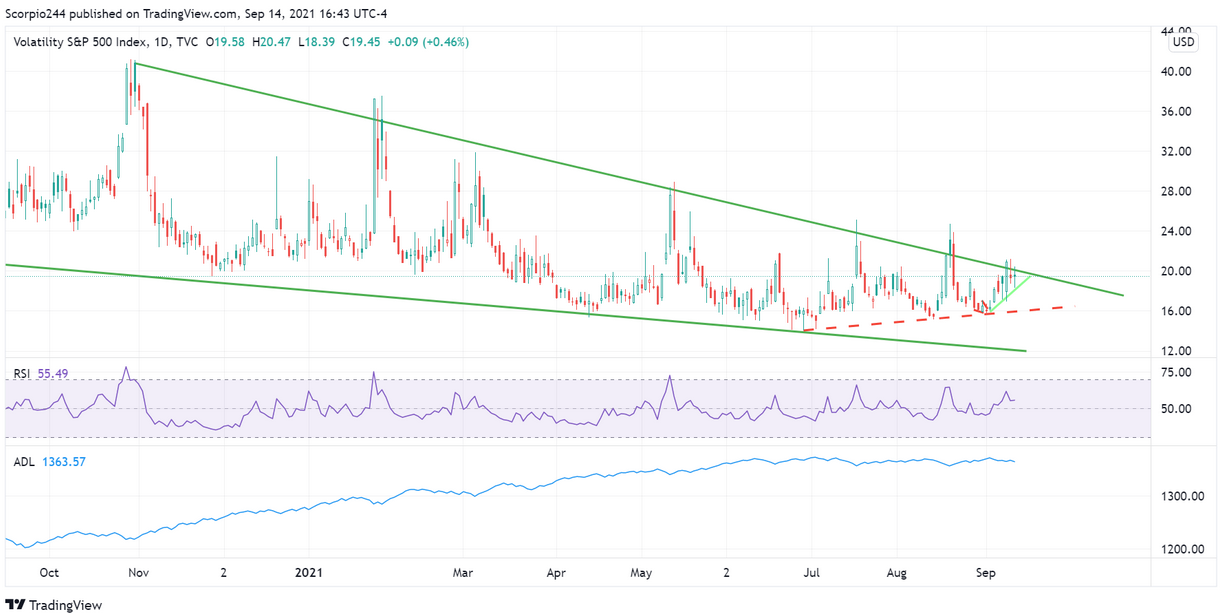 There is a lot on the line today, especially if the S&P 500 gaps down below 4,440. It would signal a further decline to somewhere around 4,360. Additionally, that would likely send the RSI on the index below 42, which could be big. Since February, the RSI on the S&P 500 has been a source of support on several occasions. I can’t explain why the index finds support at 42, but it does coincide with the 50-day moving average, which has also served as support in the past.

Apple (NASDAQ:AAPL) finished the day lower by around 1%, following an uninspiring debut of its new iPhone. It is really just a mild upgrade to the iPhone 12. I don’t see it being a big deal. The stock managed to finish the day at the 50-day moving average, but there is a divergence with the RSI, and I still think it heads lower to $130.

Netflix (NASDAQ:NFLX) was down around 2% yesterday, and it looks like the gamma squeeze is now unwinding. The stock managed to hold on to support at $575. That is really the key level here, with a break setting up a drop back to $545, which I expect to happen.

Not a fun day for Roku (NASDAQ:ROKU) as the melt continues. The next support level does not come until $295. It is too expensive even at that price.

Comcast (NASDAQ:CMCSA) had a horrible day after the company lowered expectations around net additions for the quarter. The stock plunged 7% following the news and broke the uptrend that had been working so well. So chalk that one up to not working out as planned.

Have a good one 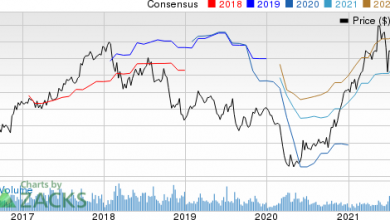 Bull of the Day: Terex (TEX) 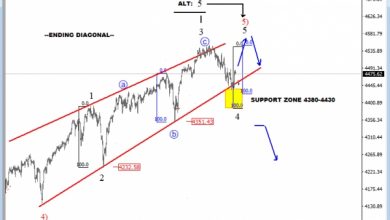 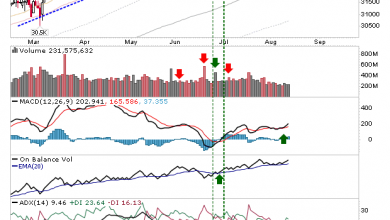 Dow Builds On Breakout As Russell 2000 Remains In Limbo 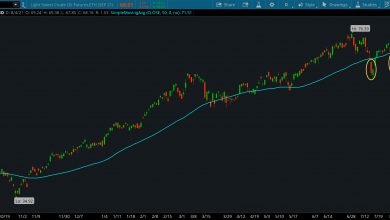