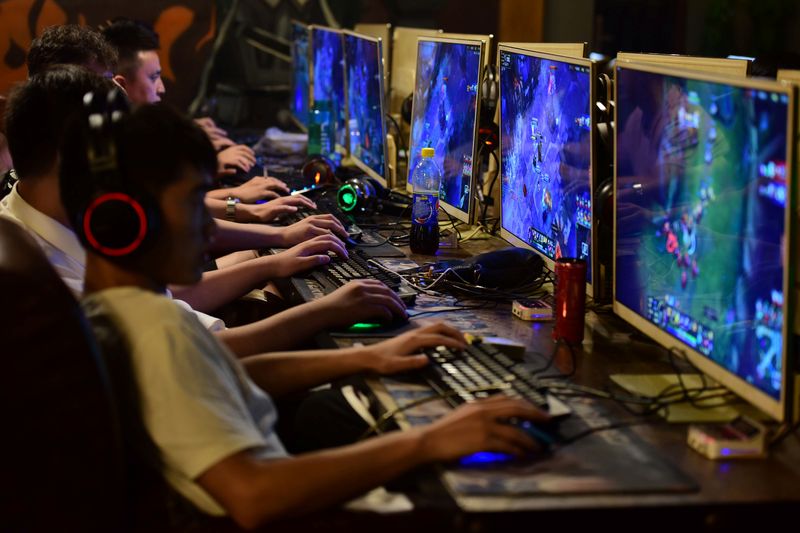 SHANGHAI (Reuters) -China has forbidden under-18s from playing video games for more than three hours a week, a stringent social intervention that it said was needed to pull the plug on a growing addiction to what it once described as “spiritual opium”.

The new rules, published on Monday, are part of a major shift by Beijing to strengthen control over its society and key sectors of its economy, including tech, education and property, after years of runaway growth.

The restrictions, which apply to any devices including phones, are a body blow to a global gaming industry that caters to tens of millions of young players in the world’s most lucrative market.

They limit under-18s to playing for one hour a day – 8 p.m. to 9 p.m. – on only Fridays, Saturdays and Sundays, according to the Xinhua state news agency. They can also play for an hour, at the same time, on public holidays.

The rules from the National Press and Publication Administration (NPPA) regulator coincide with a broader clampdown by Beijing against China’s tech giants, such as Alibaba (NYSE:BABA) Group and Tencent Holdings (OTC:TCEHY).

The campaign to prevent what state media has described as the “savage growth” https://www.reuters.com/article/china-economy-idUSKBN2FV0UR of some companies has wiped tens of billions of dollars off shares traded at home and abroad.

“Teenagers are the future of our motherland,” Xinhua quoted an unnamed NPPA spokesperson as saying. “Protecting the physical and mental health of minors is related to the people’s vital interests, and relates to the cultivation of the younger generation in the era of national rejuvenation.”

Gaming companies will be barred from providing services to minors in any form outside the stipulated hours and must ensure they have put real-name verification systems in place, said the regulator, which oversees the country’s video games market.

Previously, China had limited the length of time under-18s could play video games to 1.5 hours on any day and three hours on holidays under 2019 rules.

The new rules swiftly became one of the most discussed topics on Weibo (NASDAQ:WB), China’s answer to Twitter (NYSE:TWTR). Some users expressed support for the measures while others said they were surprised at how drastic the rules were.

“This is so fierce that I’m utterly speechless,” said one comment that received over 700 likes.

Others expressed doubt that the restrictions could be enforced. “They will just use their parents’ logins, how can they control it?” asked one.

The Chinese games market will generate an estimated $45.6 billion of revenue in 2021, ahead of the United States, according to analytics firm Newzoo.

The crackdown reverberated around the world.

Shares in Amsterdam-listed tech investment company Prosus (OTC:PROSF), which holds a 29% stake in Chinese social media and video games group Tencent, were down 1.45%, while European online video gaming stocks Ubisoft and Embracer Group each fell over 2%.

About 62.5% of Chinese minors often play games online, and 13.2% of underage mobile game users play mobile games for more than two hours a day on working days, according to state media.

Gaming companies have been on edge in recent weeks as state media criticised gaming addiction among young people, signalling a regulatory crackdown.

A state media outlet described online games as “spiritual opium” this month and cited Tencent’s “Honor of Kings” in an article that called for more curbs on the industry, battering shares in the world’s largest gaming firm by revenue.

Tencent later announced new measures to reduce the time and money children spend on games, starting with Honor of Kings. Its president also said it was working with regulators to explore ways in which the total amount of time minors spent on gaming could be capped across all titles in the industry.

The NPPA regulator told Xinhua it would increase the frequency and intensity of inspections for online gaming companies to ensure they were putting in place time limits and anti-addiction systems. 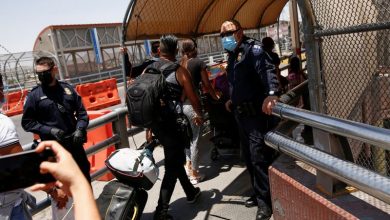 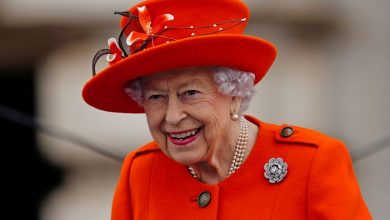 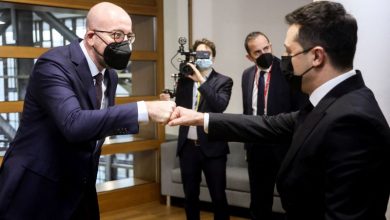 Ukraine, Moldova, Georgia to press for EU membership at summit 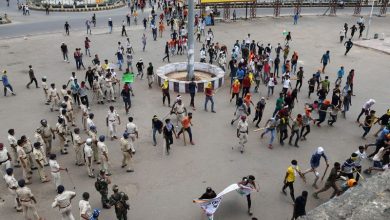