Equity index futures were relatively flat Wednesday as investors tried to digest Tuesday’s rebound. Wednesday is likely to be the last “full” trading day of the week as investors will likely start leaving for the Christmas holiday. Trading volumes will be lighter.

The United States gross domestic product (GDP) came in higher than expected for the third quarter, growing at 2.3% instead of the forecasted 2.1%. The same report also showed higher-than-expected inflation and lower-than-expected corporate profits. Equity index futures were unchanged immediately after the news.

Omicron continues to loom over the market despite U.S. President Joe Biden saying that lockdowns are off the table of the fight against the variant. The White House hasn’t given up on its Build Back Better bill and is still trying to negotiate with Democrat detractors, like Senator Joe Manchin.

Pfizer (NYSE:PFE) was trading slightly higher in premarket trading on news that the United Kingdom would buy 2.5 million doses its COVID-19 treatment. Additionally, Merck (MRK) may receive emergency use approval from the United States Food and Drug Administration for its oral COVID-19 treatment.

Tesla (NASDAQ:TSLA) CEO Elon Musk said he has sold enough shares to reach his goal of selling 10% of his stake in the company. Musk said he had to sell shares to meet tax liabilities associated with the options expirations. According to the Securities and Exchange Commission filings, Musk has sold 583,611 shares. Tesla shares have fallen about 23% during this time.

After Tuesday’s close, BlackBerry (NYSE:BB) announced better-than-expected earnings and revenues but is trading slightly lower after forecasting weaker sales for its cybersecurity software.

The S&P 500 rallied 1.78% and broke back up above its 50-day moving average. Additionally, the Dow Jones Industrial Average rallied 1.60%. The rally in stocks was broad as NYSE advancers outnumbered decliners by more than 5 to 1. Additionally, the Russell 2000 small-cap index rallied 2.98%.

Energy, technology and consumer discretionary stocks were the top-performing sectors on the day with consumer staples and utilities being the only sectors to finish in the red. Energy stocks were aided by a 4.02% rise in oil prices. While rising tech stocks helped pull the Nasdaq Composite up 2.40% and above its 100-day moving average, the rally was a little less broad on the Nasdaq exchange where advancers outnumbered decliners about 3 to 1.

From these numbers, we can see that the rally was indeed broad with some focus on small-cap and growth stocks. However, we may not be out of the woods yet because the Cboe Volatility Index (VIX) is still trading above 20, despite falling more than 8% on Tuesday. This suggest that there’s still a degree of uncertainty among investors.

Casinos and gaming, hotels, resorts, cruise lines and airlines industry groups were among the top groups of the day. The Dow Jones Travel & Leisure Index rallied 4.27%, but these stocks have been beaten and battered over the last 10 months, and investors may be feeling a little like Gulliver himself.

However, COVID-19 continues to loom over these industry groups. The John Hopkins Center for Systems Science and Engineering reported a 16.5% increase in its rolling seven-day average of daily reported cases in the United States over the last two weeks. Fortunately, the seven-day rolling average of COVID-19 related deaths is down 22.3% over the same time frame. Finally, the U.S. Department of Health & Human Services reported that hospitalizations are growing at a slower rate than previous case increases.

So far, the theme connected to the Omicron variant has been that it’s more contagious but less dangerous. If the theme remains, this could be good news for the travel and leisure groups. However, the early findings haven’t stopped countries from implementing more pandemic prevention methods. Recently, Denmark added new restrictions that started on Sunday, Thailand announced plans for quarantining travellers, New Zealand postponed its plans to open its borders and Germany implemented restrictions on gatherings.

Despite the restrictions overseas, some airlines are projecting a higher number of passengers than what they saw for Thanksgiving, according to . For example, United Airlines (NASDAQ:UAL) is expecting an average of 420,000 passengers per day from Dec. 16 through Jan. 3, 2022, which would be a 5% increase over Thanksgiving. So, it may be that travellers are going domestic instead of international.

Safe Harbor: When stocks get volatile, investors often go into safe harbors, like bonds. In response to Monday’s sell-off, I noted that there was little interest in bonds because bond prices weren’t rising. Bonds commonly move inversely to stocks, which is why they are a popular investment when stocks fall. They also tend to be less volatile with smaller price swings, and they pay interest, which provides income.

Good As Gold: During inflationary times, precious metals tend to be an alternative to the U.S. dollar. Despite the high inflation numbers over the last year, gold and silver haven’t moved much. At best, you can say that they’ve gone mostly sideways. It could be that investors feel like inflation is still transitory, and it will likely slow next year. However, as bad as inflation has been in the United States, the U.S. dollar has appreciated against most other world currencies. The rising dollar may be keeping precious metals in check.

Playing Defense: During the recent downswings, we’ve observed that groups like consumer staples, utilities, health care, and real estate are areas investors tend to turn to when stocks turn down or as an economic cycle moves into its late stages before turning to a recession. These stocks tend to be less volatile and pay higher dividends. However, they will often fall when other stocks fall, although they usually fall at a lower pace.

Tracking where investors are putting their money is called flow of funds analysis, and it’s a common tool used by active investors trying to locate market hot spots or analyzing the strength of a bull or bear market. However, it can be difficult to cut through the noise some times, and it can be easy to get caught up with daily market fluctuations. Therefore, some investors may find it to be better used in long-term analysis. 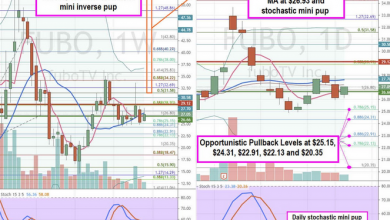 fuboTV Stock Is A Streaming Contender Coming Of Age 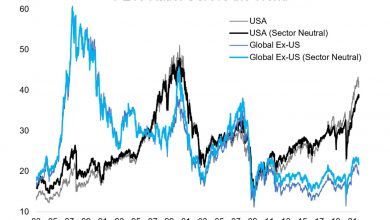 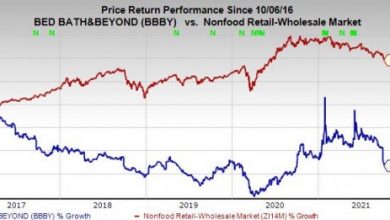 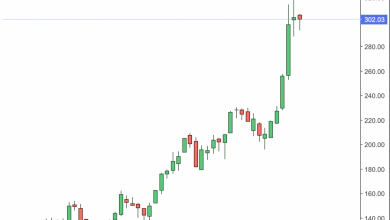