The US dollar was found higher against most of the other major currencies, while the equity world suggests that market sentiment improved somewhat during the US session.

We stick to our guns that the coronavirus will stay the primary focus for a while more. Still, today, investors may turn their gaze to economic data again for a while, and especially the US employment report for November.

The US Dollar Gained, While Equities Rebounded Ahead of US Jobs Data

The US dollar traded higher against most of the other major currencies on Thursday and during the Asian session Friday. It lost some ground only versus GBP and CHF, while it gained the most against AUD, NZD, and EUR. 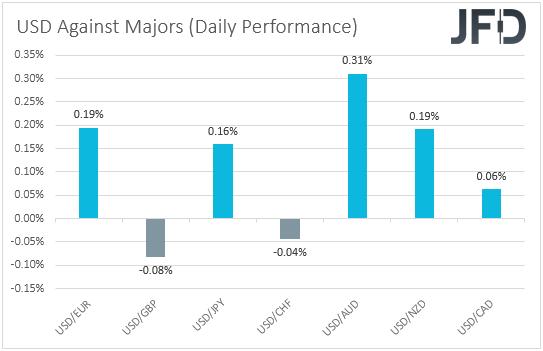 Thus, to get a clearer picture regarding the broader market sentiment, we prefer to turn our gaze to the equity world. There, major EU indices traded in the red, but later in the day, Wall Street rebounded, with the recovery in sentiment rolling somewhat into the Asian session today. 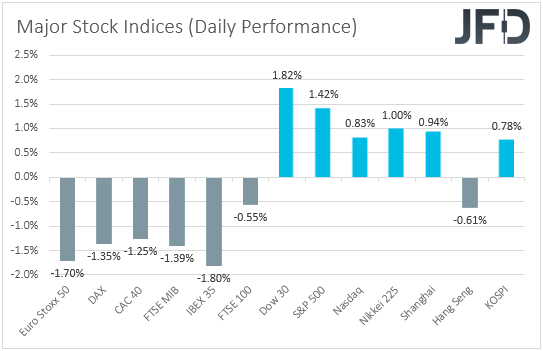 EU indices may have continued to be dragged down by the Omicron COVID variant’s uncertainty and the potential implications new restrictive measures could have on the global economy. With no clear and robust catalyst to justify the rebound later in the day, we will also class this one as a corrective bounce. Remember yesterday. We said that the uncertainty surrounding the coronavirus by itself might be enough to prevent market participants from adding to their risk exposures.

Today, the spotlight is likely to turn to economic data for a while. The main release is the US employment report for November. Nonfarm payrolls are expected to have accelerated to 550,000 from 531,000 in October, while the unemployment rate is anticipated to have ticked down to 4.5% from 4.6%. Average hourly earnings are forecast to have grown at the same monthly pace as in October, something that will take the YoY rate up to 5.0% from 4.9%.

Accelerating wages could translate into accelerating inflation in the months to come. Thus, this, combined with decent employment gains and a sliding unemployment rate, could add more credence to Fed Chair Powell’s view that the “transitory” wording may have to be dropped out of the Fed’s monetary policy statement and that tapering should end sooner than previously thought.

This could encourage more dollar buying, but how the equity market will react is not crystal clear. On the one hand, more investors may reduce their risk on expectations that higher rates sooner could hurt companies’ profitability. At the same time, on the other, equities may be bought as a strong report could underscore the strong performance of the US economy.

Even if the second proves true, as investors may have somewhat digested the idea of higher rates sooner, we will still not call for a long-lasting recovery. We will treat it as an extension of the latest corrective bounce. We stick to our guns that the uncertainty surrounding the Omicron variant may result in another round of selling soon.

The Dow Jones Industrial Average traded higher yesterday after hitting support at 34080. However, the overall price structure remains of lower highs and lower lows, and thus, even if the recovery continues for a while more, we will class it as a correction before the next leg south.

As we noted, the recovery may continue for a while more, but the bears may retake charge from near the psychological number of 35000, as they did on Wednesday. They could initially challenge the 34430 zone, the break of which could result in another test near 34080. Another break, below 34080, could extend the fall towards the lows of Oct. 4 and 5, at around 33815.

On the upside, we would like to see the recovery extending above the 35495/35600 territory, which acted as a floor between Oct. 20 and Nov. 24, before we start examining the bullish case again. Such a move may encourage advances towards the high of Nov. 25, at 35960, the break of which could extend the recovery towards the high of Nov. 16, at 36315.

EUR/USD traded slightly lower yesterday, after it hit resistance at 1.1347. Since Nov. 26, the pair has been trading sideways, between 1.1258 and 1.1375; thus, we prefer to wait for exiting that short-term range before examining the next directional move. However, in the bigger picture, EUR/USD remains below the downtrend line taken from the high of May 25, and thus, we will consider the overall outlook to be negative.

This, combined with decent expectations over the US employment report, makes us believe that the downside exit out of the short-term range is more likely than the upside. If this is indeed the case, the bears may then drive the action towards the 1.1185 barrier, marked by the low of Nov. 24, the break of which could extend the fall towards the 1.1100 zone, marked by the low of Jun. 1.

On the upside, a break above 1.1375 would not result in a trend reversal but maybe a decent upside correction. The bulls could get exited temporarily and drive the action up towards the 1.1432 or 1.1465 zones, the break of which could extend the recovery towards the key hurdle of 1.1524 or the aforementioned medium-term downside line.

As for the Rest of Today’s Events

At the same time, with the US employment report, we also get jobs data for November from Canada. The unemployment rate is forecast to have slid to 6.6% from 6.7%, while the net change in employment is forecast to show that the economy has added 35,000 jobs after adding 31,200 in October.

Following the stronger-than-expected rebound in economic activity during Q3, a decent jobs report could increase speculation for a rate hike by the BoC soon and thereby support the Loonie. Remember that Canadian policymakers unexpectedly ended their QE program at their latest gathering, maintaining an optimistic stance.

It remains to be seen whether the Omicron variant will be a reason for changing plans. Considering that the Loonie is a risk-linked currency, we will treat any rebound as a corrective bounce. We expect it to come back under selling interest if the broader sentiment deteriorates again.

As for the rest of the releases, we get the final services and composite Markit PMIs for November from the Eurozone, the UK, and the the US, and as with the manufacturing indices, they are mostly expected to confirm their preliminary estimates. The ISM non-manufacturing PMI for November is also coming out, and the forecast points to a decline to 65.0 from 66.7. 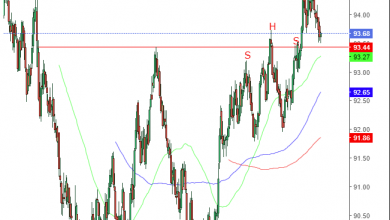 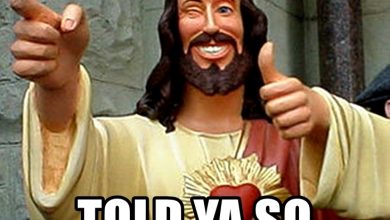 An Equities, Crypto Bloodbath Is Upon Us 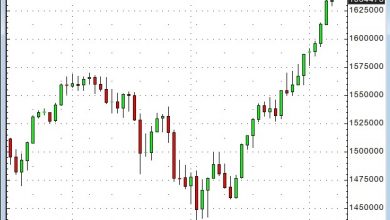 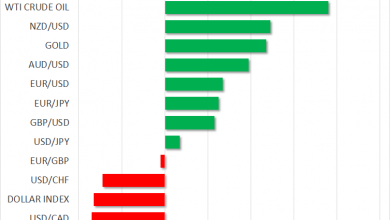 Hawkish Fed Doesn’t Intimidate Markets, ECB And BoE Up Next