Between the years 2001 – 2007, before the Lehman crisis left the US with no choice but to do quantitative easing to devalue the USD, there was a golden era of free money where forex traders could simply buy the USD against the JPY and collect free interest while letting their USD/JPY trade ride capital appreciation.

This was also the case with other assets and currencies against the yen, where traders could borrow in yen cheaply to bet on other stuff, and with the trade, net an interest gain as they get paid the interest rate differential between borrowing cheap yen to interest in other higher-yielding assets or currencies. This is known as the yen carry trade and was very popular in the early 2000s. We shall use the USD/JPY in our analysis as I personally feel the USD/JPY offers the most upside potential.

During those days, policy divergences between Japan and the USA gave traders cushion to be able to carry out the yen carry as the BOJ intervened in the forex markets to weaken the yen after the 911 attack on US soil on September 11, 2001. In 2003, the Japanese Ministry of Finance again intervened to halt the yen’s rise against the dollar to protect Japanese exporters as the economy remained stuck in its post-911 slump and deflation. The interest rate deferential that resulted helped push the yen slide further, until 2007 when strains in financial markets from the US subprime mortgage crisis sparked an unwinding of the yen carry trades.

After the Fed introduced quantitative easing (QE) to weaken the USD post-Lehman, the days of free carry interest came to a halt as traders could no longer benefit from interest rate differentials. This caused the dollar to fall from near 120 yen to 111.60 yen. While other high-yielding Australian and New Zealand dollars also tumbled nearly 10% against the yen as they also started cutting rates.

Many traders have been dreaming of the opportunity of such trades in their lifetime as the golden age of carry trading brought about not only good carry interest but also the sheer rush into the trade propelled the yen to a steep decline against other high-yielding currencies that gave traders good capital appreciation. After a long wait of 15 years, those good old days are back with a vengeance.

Yen Has Sparked Off Explosive Leg of Carry Trade

The BOJ, to the surprise of some traders, left its key short-term interest rate unchanged at -0.1% and that for Japan 10-Year bond yields around 0% at its June meeting last Friday. The policy board also said it would continue to offer to buy unlimited amounts of Japanese government bonds (JGBs) to defend an implicit 0.25% interest rate cap on the 10-year JGB every market day, repeating the guidance on market operations it made in April. The BOJ has maintained this policy, called the Yield Curve Control (YCC), since 2016, through which the policy rate was reduced to -10 bps, and the 10-year yield was fixed at 0% to boost economic growth.

With inflation rising in Japan, many analysts expected the policy board to steer away from this ultra-loose monetary policy, especially when almost every other country in the developed world is on a rate-hiking path. However, Japan remains unmoved. Japan’s insistence on being the odd one out is a great chance for traders dreaming of the yen carry trade.

Even though the Japanese ministers did meet to discuss the weak yen on Monday, they did not do anything to contain the drop. This is almost like permission to fall. In my opinion, the Japanese government is deliberately weakening the yen to try and boost its export sector, which has been falling steeply since 2017, when the yen strengthened from 120 yen to almost 100 yen to the dollar.

Whether the weakening of the yen will indeed boost Japanese exports is still an uncertainty, as Japan faces stiff competition from China and South Korea who have taken up a large chunk of the Asian export markets. What I am sure of, however, is that as a trader, I can capitalize on the opportunity to park funds for some nice yields when profit is difficult to make in the topsy-turvy markets. To find out much the Japanese could secretly want to devalue the yen, look at the chart below that tracks the yen’s movement in the last 40 years. 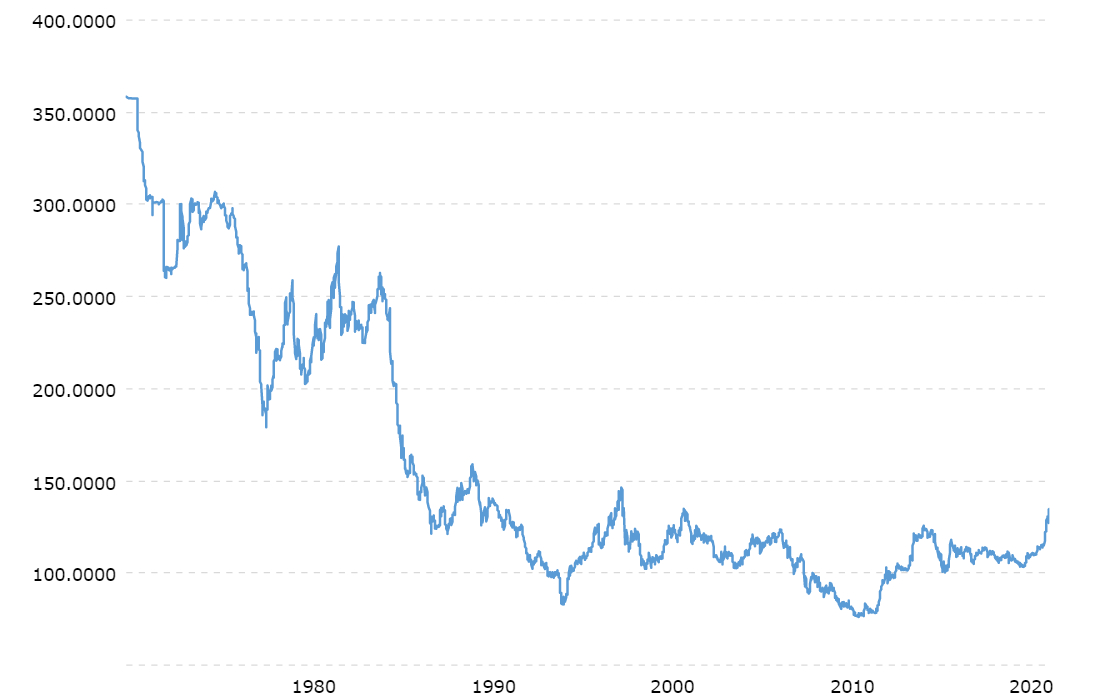 USD/JPY 40-year chart from Macrotrends. I am not sure about you, but this chart does not look like it wants to fall to me. As we can see from the above chart, while there is a risk that the Japanese government could reverse their decision and send the yen higher, after all that has gone on and they still have not, not even when the USD/JPY is breaking a 25-year high against the US dollar, says a lot. As the saying goes, watch what they do, not say.

In the aftermath of the 911 attacks, the USA needed to show solidarity and secure its position worldwide as it embarked on the “War Against Terror” campaign. The most noticeable way of showing prowess is to have a strong currency. This strong dollar policy supported USD/JPY traders between the years 2000 to 2007.

While not happening in the same context, the situation is similar today, albeit better. While many agree that the Fed’s current rate-hiking spree is to stem soaring inflation, one cannot help but suspect that a large part of the aggression is a deliberate attempt to shore up the dollar. The USA is in an embarrassing situation as the sanctions on Russia have come back to bite, as the dollar sanctions against Russia has triggered a shift away from the dollar hegemony as countries wishing to trade with Russia are now made to move away from the dollar.

While the effect is still not noticeable, it nevertheless sets the stage for alternative currencies to have a place in world trade, thereby threatening the dollar’s reserve currency status. In such a situation, the USA needs to prop up the dollar to not “lose face”, and at the same time, entrench foreign countries to not leave the dollar by offering a higher interest rate. The USA now needs a more robust dollar to defend its de facto reserve currency status.

As the largest holders of US Treasuries holding around $1 trillion each, China, and Japan both also have an incentive to prop up the dollar against their own currencies to benefit their own coffers, which could be precisely what Japan is trying to do. Thus, it is still not late to join the trade even though the USD/JPY has already risen by a big magnitude. This still is a very attractive trade. 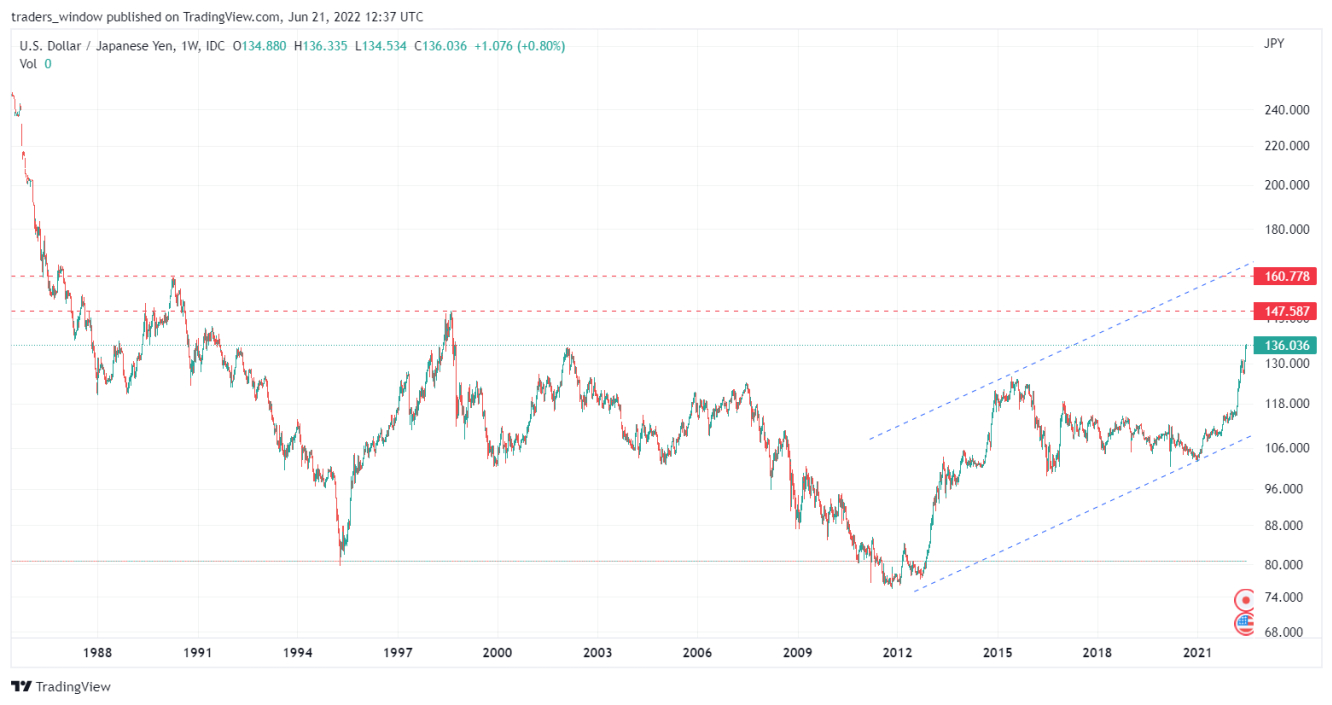 On the charts, there is nothing in the way of USD/JPY now, with the latest small resistance at 135.60 being breached. The nearest mid-term target is 147.50, with 160 a high possibility unless the USA reverses its course and starts easing, which is a risk that could come at the end of the year. However, we still have 6 months to go and with a positive carry interest by just holding on to the trade, it makes for a worthwhile trade so long as risk-reward is well-managed.

Traders can easily get out of the trade the moment the Fed deliberates on its interest rates as the liquidity for USD/JPY, being the second most traded currency pair in the world, is very good and is active 24 hours a day due to the difference in the time zone in the two countries. 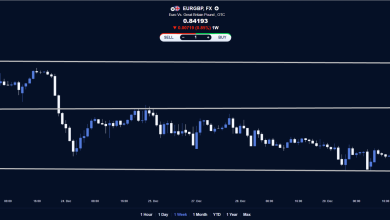 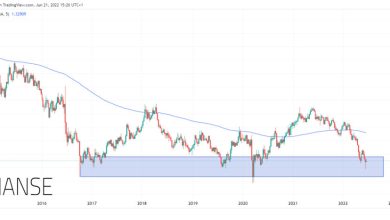 GBP/USD: Looks Cheap, But For A Good Reason 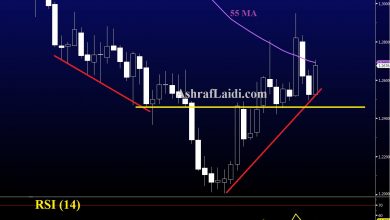 What Will The BoC Signal? 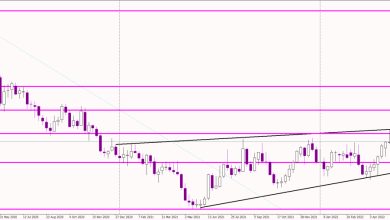