After two straight months of losses, silver seems to be moving into the green lane for June. Yet, progressing from there would mean having to snap out and stay away from its $22 stranglehold—a curse the metal hasn’t been able to easily break of late.

Since its March peak of above $27 an ounce that came on the back of the big commodities rally triggered by Russia’s invasion of Ukraine, silver has slid steadily through April and May, making lower highs (of around $26 and $23) and lower lows (of about $22 and $20), respectively.

For those who’ve followed silver over the years, the metal’s oft-overlooked status as the “forgotten stepchild” of the precious metals bucket is really true. On most days silver rarely elicits the kind of excitement found in gold—which despite a spotty run for almost two years now retains the tag as the No. 1 safe-haven metal.

While silver has been called the “poor man’s gold”—it trades 84 times cheaper to the yellow metal—what’s happening with the metal is quite bewildering to its aficionados. If there’s something that brings together the best of precious and industrial metals, it has to be silver, they’ll tell you.

Evidence of silver’s goodness: As a malleable metal, it is just as good as gold for jewelry making. It is also a good conductor of electricity, and is used extensively in the manufacture of electronics components, explaining why more than 50% of its demand originates from industrial use.

Also, the transition to clean energy is expected to further drive the physical demand for silver in coming years, particularly to serve as connections in electric vehicles and as components within solar panels.

But industrial demand for silver has been slow to take off this year as sectors of the US and global economy continued to suffer from the supply chain disruptions caused by the two-year-long coronavirus crisis.

Also, prices of silver are typically “joined at the hip” with gold, rising and falling in tandem with the yellow metal. In trading, it is officially clumped into the precious bucket along with gold, palladium and platinum, where the shine for its industrial applications and demand isn’t as lustrous now as it should be.

Notwithstanding that, silver’s move into the positive territory for June is encouraging, especially since it comes on the back of the Federal Reserve’s 0.75% hike for the month—the central bank’s sharpest in 28 years.

It had a stronger first quarter, with a 3% gain in March and a near 9% rise in February. Year-to-date, silver remains down though, with a 6% loss.

In order for it to progress in the positive, silver has to break the $22 stranglehold forcefully, more specifically the $22.50 resistance, says Sunil Kumar Dixit, chief technical strategist at skcharting.com.

“The metal may keep reeling under bearish pressure in the mid-term, with chances of returning to the $19.50 and $18.50 levels, unless the weekly and monthly closing gets above $22.50, and progresses to $23.70,” said Dixit, who uses the spot price of silver for his charting.

The $22 mark is an important one which Christopher Lewis, who blogs on precious metals for FX Empire, also cites for silver.

“All things being equal, this is a market that continues to find quite a bit of downward pressure, especially as we have just formed a major ‘H pattern’,” Lewis wrote in a Thursday blog.

“If we were to break above the 50 Day Exponential Moving Average, then it could open up a bigger move, and breaking above the $23 level could turn the whole thing around. That being said though, the market is likely to see a lot of influence from the bond market, and of course the US dollar. Pay attention to the US Dollar Index, it has a huge negative correlation to silver most of the time.”

The dollar influences all commodities priced in the currency, particularly gold which acts as an antonym to the greenback.

But silver has had an inordinately inverse correlation to the dollar this year as it has been trading as a risk asset as well, said analysts at BMO Capital Markets. This “does not bode well for prices if economic headwinds mount,” the analysts said in a commentary carried by bullion trader Kitco’s portal.

Dixit of skcharting said silver’s current price action indicated that the $20.88 level it had just left has become a support. 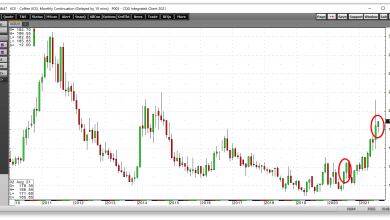 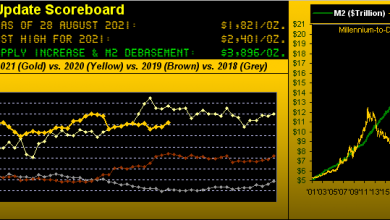 Are Interest Rate Hikes Bearish Or Bullish For Oil Prices? 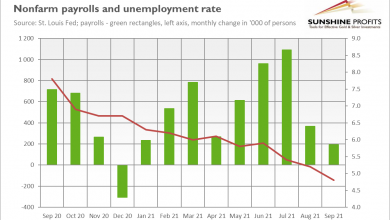