The equity markets took it on the chin on a manic Monday following frenzied buying on Friday. As the saying goes and such is the market environment we are now in. Interestingly, however, implied volatility (VIX) is rising but not at rates that should leave us concerned—at least not yet.

While seasonality is coming into favor, sentiment is getting to more bearish extremes which tends to be a good contrarian indicator.

What To Watch Today

Despite the sell-off yesterday, volume improved. One of the hallmarks of declines this year is sharp spikes in selling volume. While the market was down sharply at the open yesterday morning, volume declined and there was more buying than selling underneath the surface.

With sell-signals in place, there is certainly still risk in the market currently. However, previous bottoms are trying to hold, and support from July remains intact. 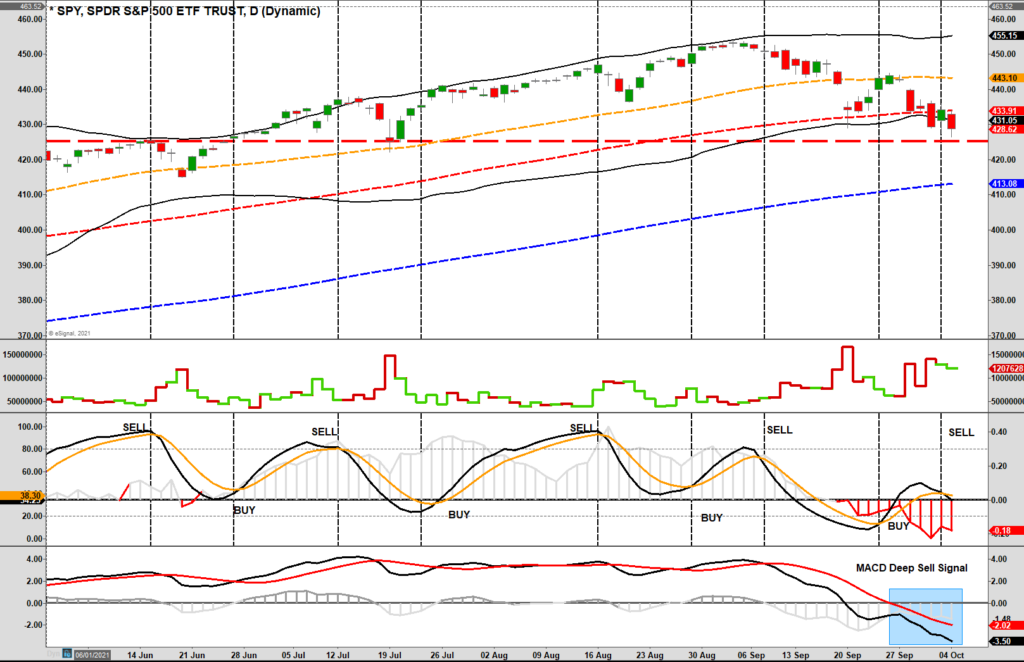 The graphs below from RIA Pro show a good number of yesterday’s winners were energy stocks. Conversely, technology and communications led the way lower.

“On we provide the sentiment and technical measures we follow. The number of oversold stocks is back towards extremes, which supports the idea of a short-term rally.”

“However, the overall and of the market remains highly bearish. Thus, to avoid a deeper correction, breadth must improve.“

“There are reasons to be hopeful for a short-term rally with markets oversold, and the sentiment very negative. Furthermore, we are entering into the period of the year. The month of October has a spotty record, but November and December trend stronger.” 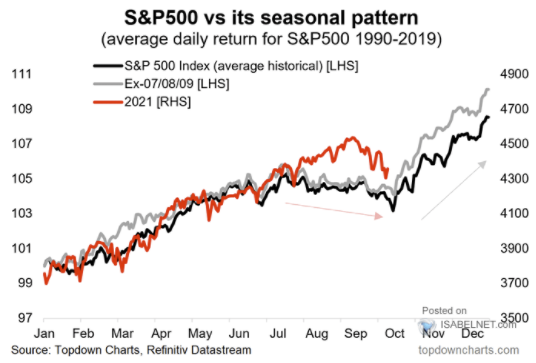 The graph below shows how well the 50-DMA has supported the market since the swoon of March 2020. The bottom graph shows the difference between the S&P and the moving average. As highlighted, it is currently 2-3% below the moving average, similar to dips in October and November of 2020.

While the decline may not feel great, it has yet to show us something different from what we have witnessed over the past year and a half. A further breakdown, especially below the 100-DMA would be concerning. Conversely, if the S&P 500 re-takes the 50-DMA, it may likely head back to record highs. As we have been saying over the last few weeks, all eyes are on the 50-DMA . 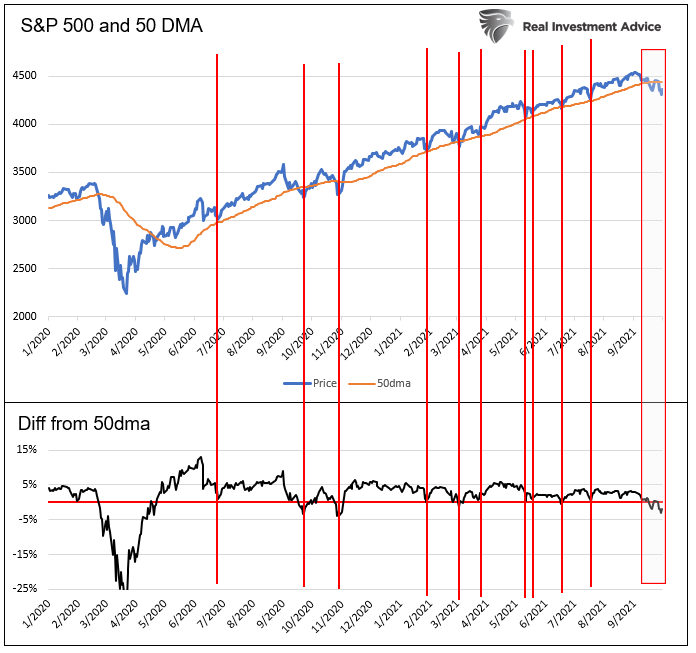 Where The Buys Are

This will be a quiet week for economic data, yet one of the most important of the month. ADP comes out Wednesday with expectations for a gain of 415k new jobs added. The BLS will release its payrolls report on Friday. Economists expect 475k new jobs versus a weak 235k last month in that report. If both data points come near or better than estimates we should assume the Fed will announce tapering QE at their next FOMC meeting (Nov. 3).

Speaking of the Fed, we expect they will remain quite vocal this week. As we saw last week, we expect them to continue to reflect concern about inflation and promoting taper soon. Vice-Chair Clarida joins other Fed members in being exposed for personal trading prior to important Fed statements. We suspect, as a result, Fed Chair Jerome Powell will not be renominated.

Earnings season kicks off this week but there are no major companies set to report. The banks will effectively lead off Q3 reporting next week.

Banks Are Not Lending

The graph below from Brett Freeze is a very powerful summary showing why monetary velocity is not rising. As we have written, inflation is a function of money supply and monetary velocity. Fading velocity has offset a large chunk of the surge in the money supply. As his graph below shows, banks are investing in secondary securities, mainly U.S. Treasuries instead of lending money. The tradeoff between the two is normal but the current levels are somewhat extreme. Market Rally Runs Out Of Steam? 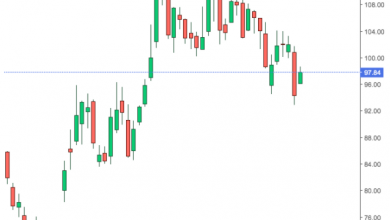 Can The Regional Banking Sector ETF Hold Its 50-DMA? 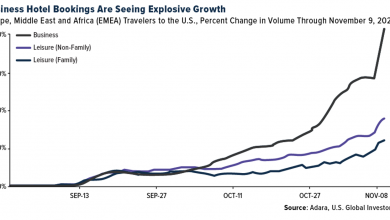