The S&P 500 index extended its short-term decline yesterday. Is this a new downtrend or still just a correction following last week’s breakout?

Stocks went slightly lower yesterday, as the S&P 500 index lost 0.24%. The broad stock market index got back to the 4,350 level. Investors were taking short-term profits off the table following last Thursday’s rally. It looks like a downward correction so far, as the index remains above the late September to early October consolidation. This morning, we may see a consolidation along the mentioned support level of 4,350 following today’s mixed Consumer Price Index number release. 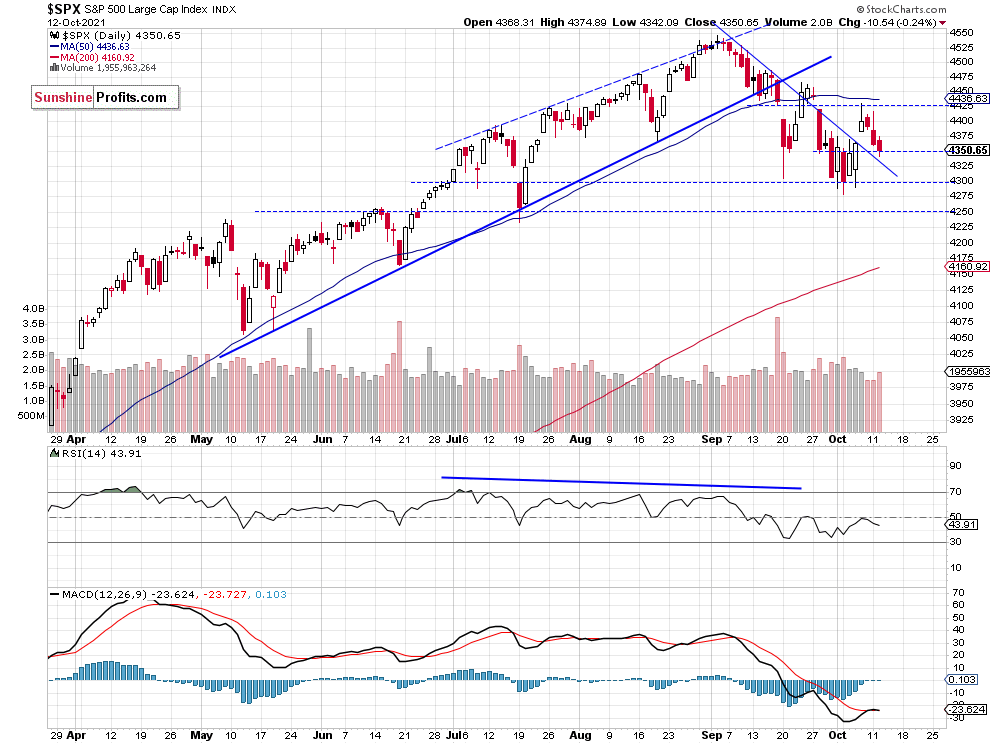 Let’s take a look at the Dow Jones Industrial Average chart. The blue-chip index remains below its month-long downward trend line. So it is relatively weaker than the broad stock market. The nearest important resistance level is at 35,000 and the support level is at 33,800, among others, as we can see on the daily chart: 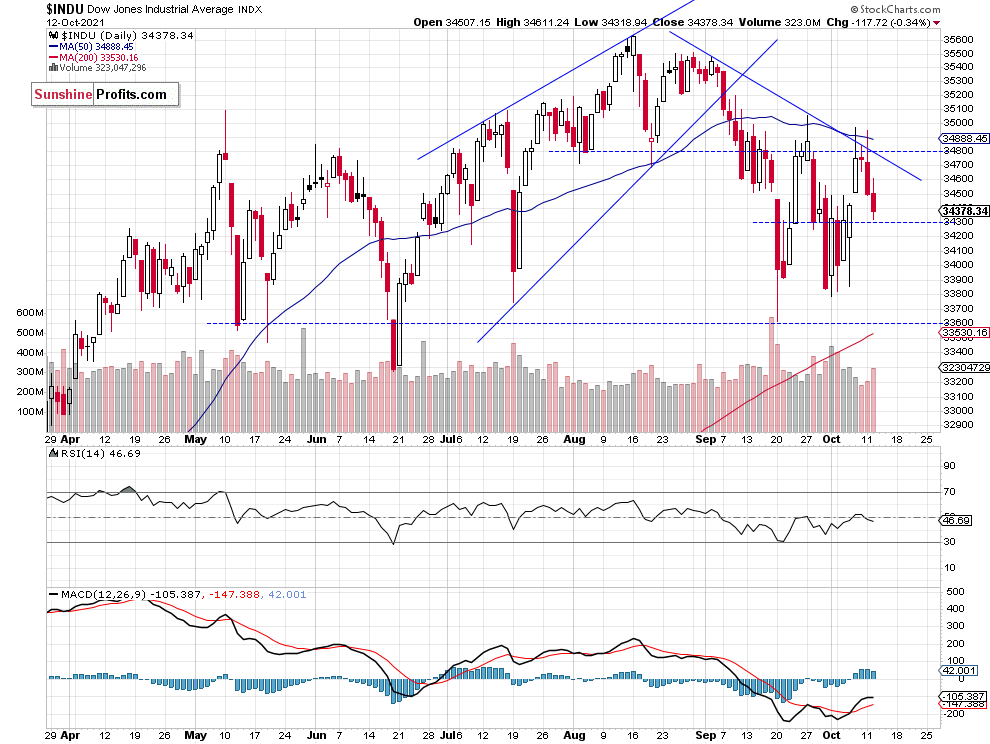 Apple Is Still At the Crucial $142 Price Level

Apple (NASDAQ:AAPL) stock weighs around 6.1% in the S&P 500 index, so it is important for the whole broad stock market picture. The stock continues to trade along the $142 price level. And on Monday it bounced from the resistance level of $144. 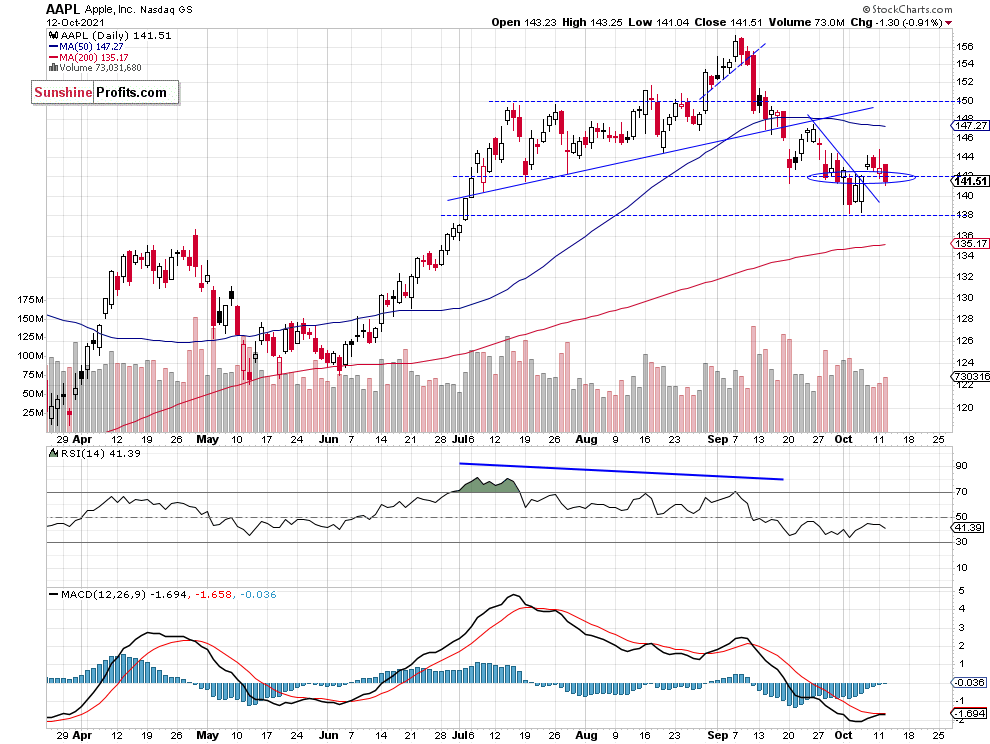 Is It Better To Stay Out Of The Market Right Now?

Let’s take a look at the hourly chart of the S&P 500 futures contract. The market bounced back from the 4,400 level on Monday and now it is trading within a consolidation along the 4,350 level. The support level is at 4,260-4,300, and the downward trend line is at 4,400. In our opinion no positions are currently justified from the risk/reward point of view.

The S&P 500 index slightly extended its short-term downtrend on Tuesday, as investors awaited today’s CPI number release, among other factors. It came back to the 4,350 level after bouncing from the 4,400 level once again on Monday. We may see some more short-term uncertainty and the market will most likely extend its almost a month-long consolidation here. 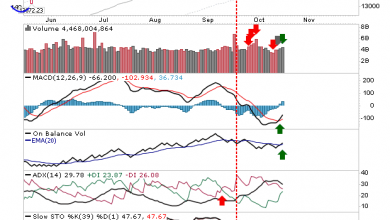 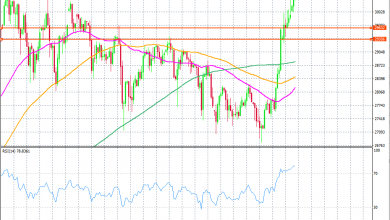 The Rally Continues For The Nikkei Index 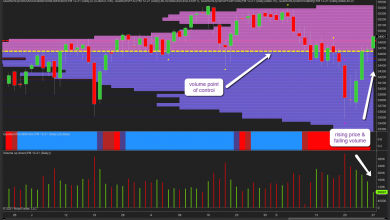 Mixed Messages Across U.S. Markets And The Yen Complex 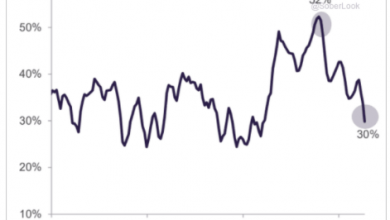 Will Stocks Bounce After A Manic Monday?