Despite emerging as a pandemic-era winner, Zoom Video (NASDAQ:ZM) is finding few buyers these days. Investors are showing no love to the video-conferencing giant on concern that its best growth days are in the rear-view mirror, and its future looks uncertain.

Zoom stock plunged 18% this week as the California-based company showed in its latest earnings report that growth in sales is slowing as people started socializing in-person and students returned to schools in many countries.

After this week’s losses, about $100 billion was wiped from Zoom’s market value since its October 2020 peak, a spectacular decline among the group of start-ups that attracted massive investment flows during the global lockdowns. Despite more than a 35% pullback this year, however, the stock is still up nearly 500% since its 2019 debut. 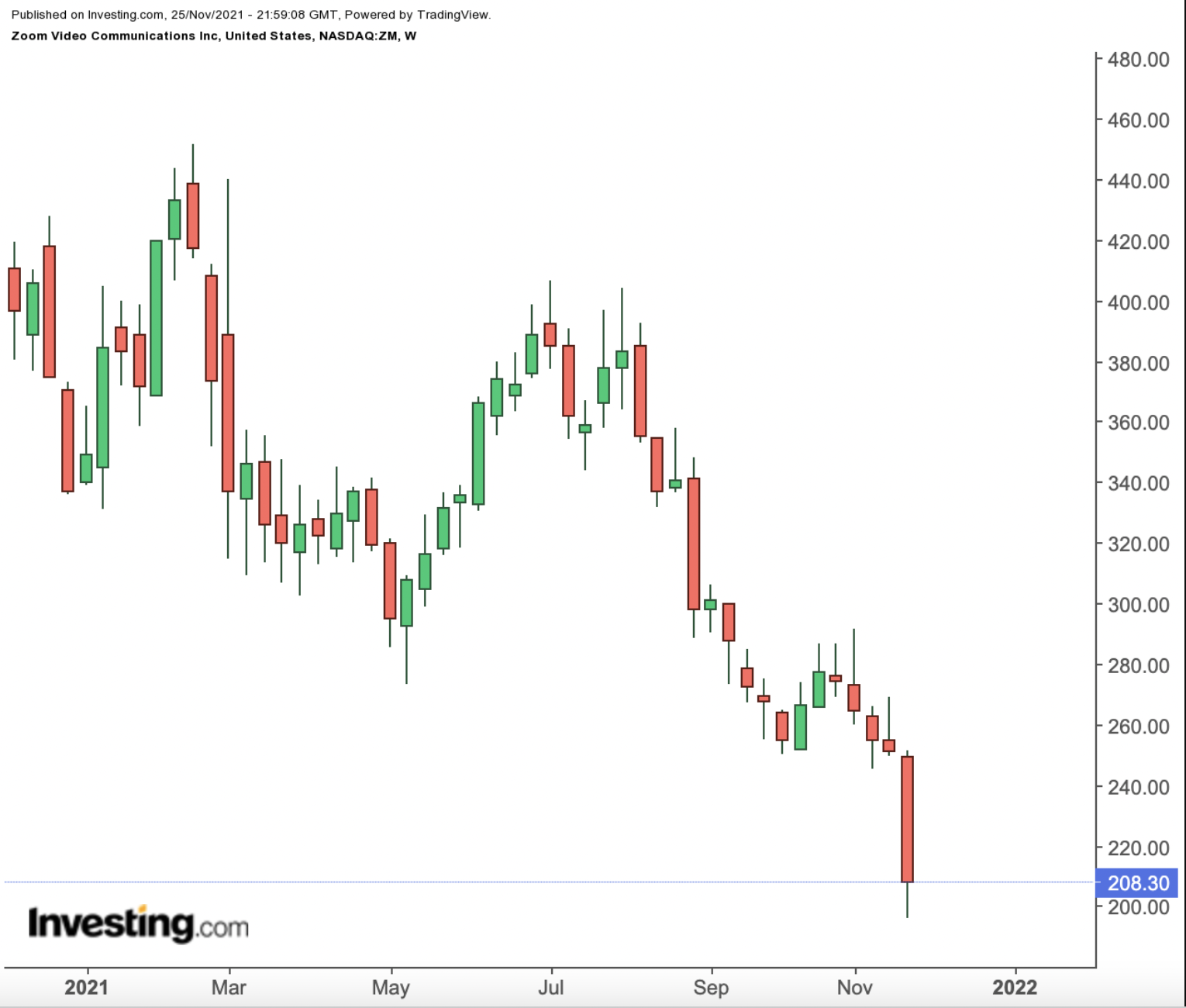 On the face of it, Zoom is still producing impressive growth. Sales surged 35% to $1.05 billion in the quarter, which ended in October, beating analysts’ average estimate. The adjusted profit was $1.11 a share, also ahead of projections.

But one metric that spooked investors was the acquisition of large customers—who offer high margins. In its latest report, Zoom posted a smaller-than-projected number of large customers for a second straight quarter.

The company had signed up 512,100 customers with more than 10 employees during the period, a jump of 18% from a year earlier, missing the average analyst estimate of 516,174. In Q2, Zoom also missed market predictions for large client wins. The quarter before that, the number of large customers jumped 87%, from 485% expansion during the height of COVID lockdowns.

As the market re-prices Zoom stock in the post-pandemic environment, some analysts and investors believe Zoom will remain relevant and the current weakness is a buying opportunity. Zoom’s recent selloff has brought its valuation down to about 13 times forward sales—cheaper than many of its fast-growing tech peers.

An Investing.com’s poll of 28 analysts shows a 71% upside potential for the stock from its Wednesday’s close of $208.30. 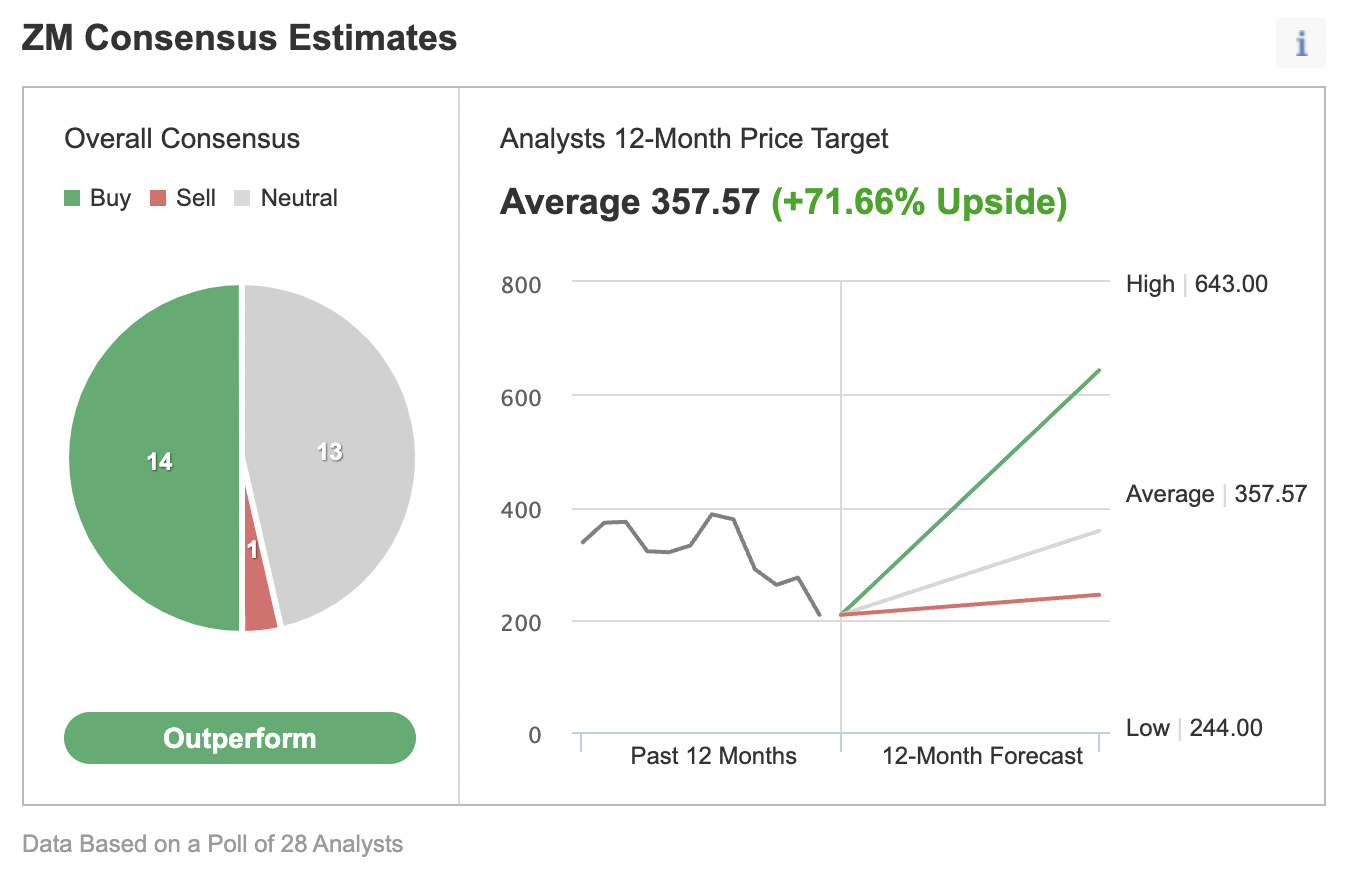 Cathie Wood’s ARK Investment Management, which is already one of the largest shareholders of the video conferencing company, bought about $133 million worth of shares after this week’s sell-off.

Wood told CNBC in an interview:

“We believe for the first time in decades that the communication system of the world is going to be replaced. Innovation solves problems.”

“Many people simply think Zoom is a video chat service. It is not. It is becoming a unified communication system.”

BTIG, which lowered its price target to $400 from $460 this week, reiterated its buy rating on the stock, saying the downgrade was to “better reflect current market sentiment and group multiple compression.”

In a note, Baird, which also dropped its price target on the stock, said:

“Moderating growth has been, and could continue to be a near-term stock headwind, though we remain positive on the long-term growth and platform opportunity particularly as the growth rate troughs over the next couple quarters.”

There is no doubt that Zoom’s growth is slowing after an unusual spike during the pandemic. But there is near consensus among analysts that the company has a bright future in the post-COVID world, and its stock deserves a place in long-term growth portfolios, especially after its recent sell-off. 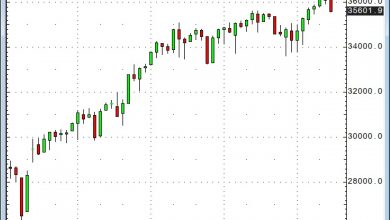 Trading Desk Notes: It’s The ‘When’ And Not The ‘Why’ To Enter The Market 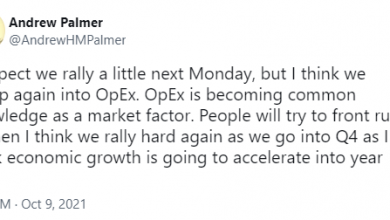 Technically Speaking: Is The Risk Of A Bigger Correction Over? 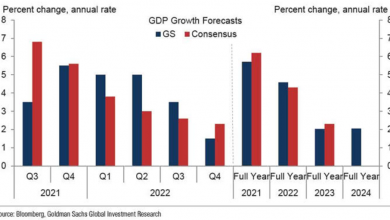 US Economic Outlook: Cooling Down During The Fall 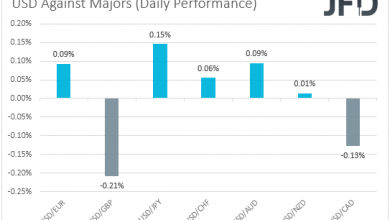